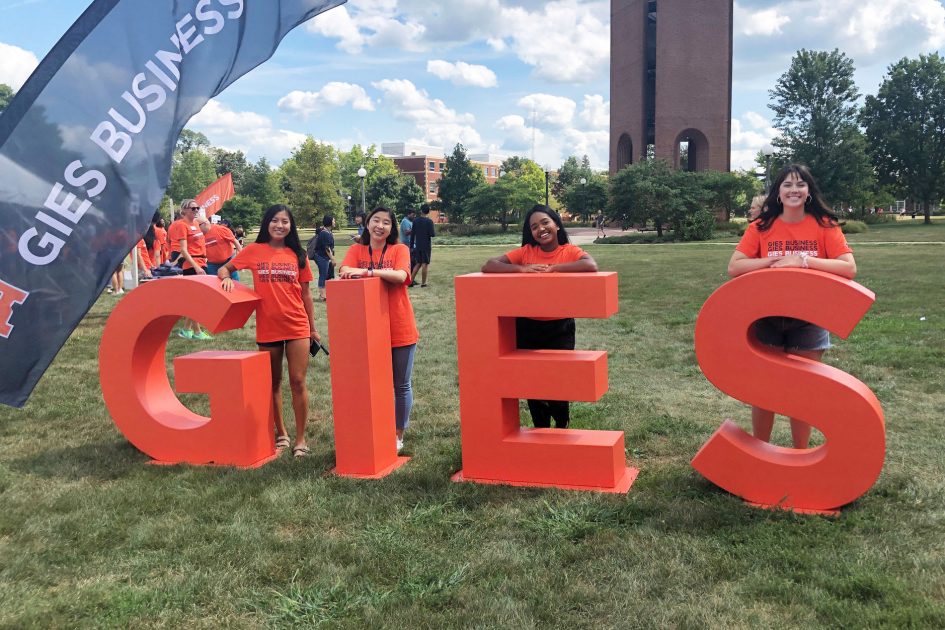 As U.S. colleges and universities brace for a drop in high-paying Chinese students this fall, one university has discovered a potential hedge: insurance.

The University of Illinois’s Gies College of Business and its Grainer College of Engineering took out an insurance policy two years ago to protect the schools from a possible drop in revenue from Chinese students. Like many colleges and universities, the University of Illinois has grown increasingly dependent on the more than 360,000 Chinese students who study in the U.S. every year and pay full tuition and costs.

Two years ago, the business and engineering colleges purchased an insurance policy that would make up losses from a decline in Chinese students. It’s unclear whether there will be a payout this year or next. But the policy – believed to be the only one of its kind – shows just how important Chinese students have become to the American education system, and how it could suffer if the trade war drags on.

“It’s given every school a bit of a wake-up call that the flow of students from China is not something we should take for granted or should count on,” said Jeffrey Brown, the dean of the Gies College of Business, who helped create the insurance policy.

The policy was the product of both foresight and luck. When Brown became dean of the business school in 2015, he was concerned about the college’s dependence on Chinese students. They make up about 20% of the college’s nearly 3,000 grad students and pay tuition rates that are sometimes 50% or more higher than what in-state students pay.

Brown, an economist who studied financial risk-management and insurance, started looking into how to insure against a sudden drop in Chinese students and funding. At the time, he said, he wasn’t thinking specifically about a trade war. But he knew that being so reliant on a single country was risky for any business or institution.

“Sitting there in 2015, all we knew is that these were two of the world’s superpowers whose relationships were at best complicated,” Brown said. “And we knew that if at any point one side or the other made a decision that they wanted to exert some pressure, or we got into a trade war dispute, or God forbid some kind of a military dispute.”

Brown worked with another university professor, Morton Lane, who teaches an insurance program at the engineering school and has a private practice structuring insurance products. Together, they helped create a policy with $61 million of coverage, equal to the total revenue from Chinese students in the business school and engineering school. The policy was syndicated through underwriters at Lloyd’s of London.

The three-year policy, which started in 2017, isn’t cheap. The colleges together pay $424,000 a year in premiums. It’s triggered if the two schools have a combined revenue decline of at least 18.5% from a loss in Chinese students. The payout is proportional to the decline — so if there is a 20% decline in Chinese-student revenue, the insurance pay out would be about $12 million. If the numbers fall by half, the payout is about $30 million.

Lane said the policy took over a year to create.

“It was quite original,” he said. “Some of the reason it took as long as it did to get in place was neither the underwriters nor the procurement people at the university had seen a policy like this.”

The university doesn’t yet have official enrollment numbers for the fall semester. The number of Chinese students attending the university fell for the first time last year, to 5,797 from 5,932 in 2017.

While Chinese students account for a little more than 10% of the total student population at the university, they are more dominant in graduate programs focused on business or science. In the specific program that Lane teaches at the graduate engineering school, 70% of the students are from China, he said.

Brown said that while he’s happy he has the insurance, he’s not hoping for a payout.

“The best insurance policy is the one that you don’t end up needing right?” Brown said. “No one’s ever happy that their house didn’t burn down just because they paid premiums on a homeowner’s insurance policy. My greatest desire is that we never need to trigger this policy.”