Vaping-related lung illnesses climb to 530 cases, seven deaths as CDC hunts for a cause 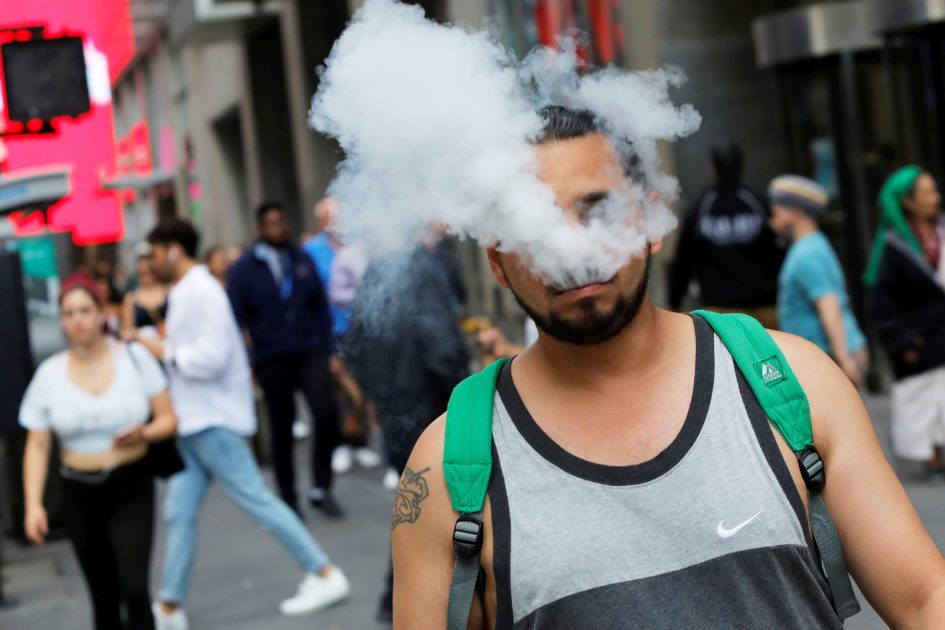 A man uses a vape as he walks on Broadway in New York City, September 9, 2019.Andrew Kelly | ReutersAn outbreak of a deadly vaping-related lung disease has sickened 530 people — mostly young men — and killed seven, federal health officials said Thursday, adding that investigators still haven’t found a cause.The number of people who have fallen sick so far has dramatically risen from 380 patients identified last week, officials from the Centers for Disease Control and Prevention told reporters on a conference call Thursday. Patients have been found across 38 states and one territory, they said. More than half of the people who’ve fallen ill are younger than 25 with 16% of all patients younger than 18, CDC principal deputy director Anne Schuchat said. Three-quarters of patients are male, she said, urging people to give up e-cigarettes and other vaping products while the CDC investigates the cause.”Until we know more, if you are concerned about specific health risks, CDC recommends you do not use e-cigarettes or vaping products,” Schuchat said.Health officials are trying to figure out what’s making people sick. State and federal agencies are working together to interview patients and test products.”I’d like to stress how challenging this situation is, as patients may have been exposed to a variety of products and substances, may not know the contents or sources of these products and in some instances, may be reluctant or too ill to disclose all the details of interest,” Schuchat said.No consistent e-cigarette or vaping product, substance, additive or brand has been identified in all cases, nor has any one product or substance been conclusively linked to lung injury in patients.Most patients report vaping THC, the compound that produces a high in marijuana, Schuchat said. Many say they vape THC and nicotine, the addictive chemical used in e-cigarettes. Some of the patients, however, were only vaping nicotine, she said.”That’s why our work includes collecting critical details about the products or substances involved, where they were purchased and how they were being used,” Mitch Zeller, director of the Food and Drug Administration’s Center for Tobacco Products, said on the call.