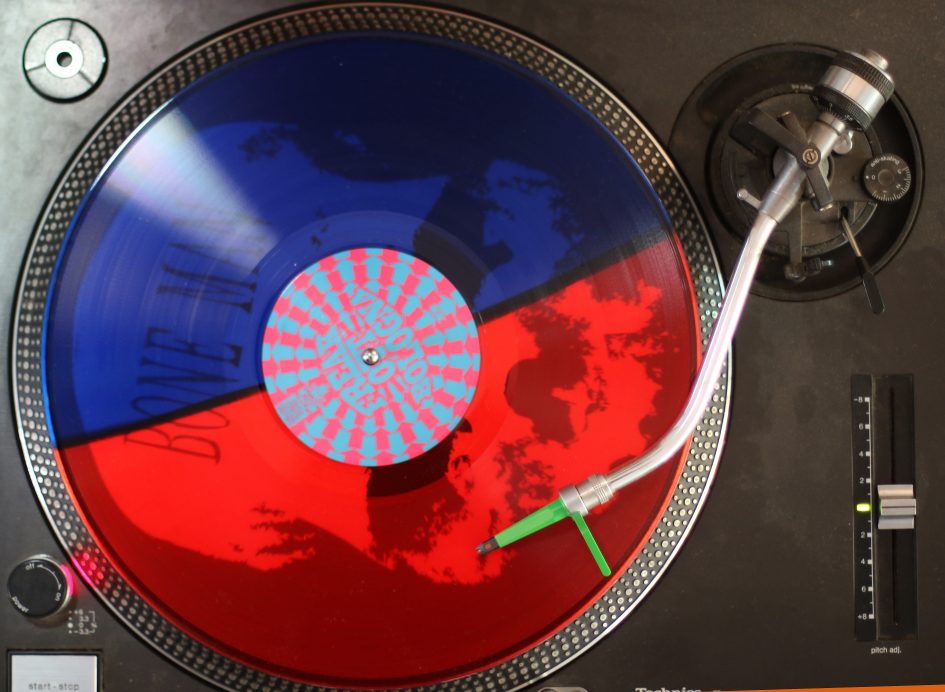 This past week, the Recording Industry Association of America (RIAA) released its mid-year report. It showed that 80% of the of music industry’s revenue comes from streaming, but it also showed that revenue from sales of vinyl records is on track to overtake that of compact discs by the year’s end, should current trends continue.When the compact disc was introduced in 1982, it was billed as a technology that would render vinyl records obsolete. But while the general public may not have anticipated a resurgence in LP sales, those who have been paying attention for the past few years likely aren’t surprised.Data provided to CNBC by eBay shows that sales of new and used vinyl have been steadily increasing over the past decade. Sales increased by 55.8% from 2010 to 2011, and then 131.8% from 2011 to 2012. Furthermore, there was an 18.5% year-over-year increase in sales of new vinyl from 2016 to 2017.While sales have gone up, prices have as well. According to data from eBay, a new vinyl record cost an average of $4.80 in 2007, and in 2017 it had gone up to $28.40, an increase of over 490%. At the same time, revenue from compact disc sales has steadily declined. The RIAA’s 2018 year-end report said that it had fallen 34% to $698 million, the first time it had totaled less than $1 billion since 1986.Dan Orkin, director of content at music gear marketplace Reverb, which also sells records via its site Reverb LP, said that this shift is partially a response to streaming services.”For some, streaming has cheapened music, and the ritual of buying and owning a record is a way to really commit to the artist and their work,” Orkin said.Mara Kuge, president and founder of Superior Music Publishing said that the shift is also partially driven by aesthetics. In other words, records look cooler than compact discs.”If you want to hear a song, you can almost always find it on streaming, which displaces both CDs and albums for listening,” Kuge said. “But if you want some physical media to collect and display, you’re going to want the one with the coolest packaging, and that is almost always vinyl.”There’s also the issue of sound quality, and in that respect, many music fans believe that the LP has never been improved upon by any of the formats that have come and gone in the last 40 years. Audiophile music mastering engineer Steve Hoffman, who has mastered albums by such artists as Paul McCartney, Frank Sinatra, and Miles Davis, said that this is due to a perceived “warmer” sound of vinyl records, a byproduct of the technology used to make them.”Vinyl – at least some of it – is usually cut with gear that is vintage, so it has a nice, balanced sound, just like the old days. With digital, anything goes, and in the hands of a bad engineer, too much knob-twiddling is a disaster.”While compact discs are still selling, John Kioussis, owner of Rockit Scientist Records, said that the drift away from the format could also be attributed to a common cause – it costs too much.”CDs just got too expensive,” Kioussis said. “An indie label album can be $18.99, and reissues can be in the high twenties to low thirties in prices.”He added that some independent reissue labels have begun to pay attention to their customers’ changing tastes, and have shifted their strategies accordingly.”Probably most reissue collectors’ favorite label is Ace Records in the UK,” he said. “I know their sales are slumping on CD, so they’re pressing more releases on vinyl to reach their audience.”While streaming remains the overwhelming format of choice for the majority of music listeners, Orkin said that it poses no threat to vinyl’s ongoing viability. If anything, he said that streaming services have actually helped sell records.”Many vinyl collectors and fans are also users of streaming media,” he said. “Discovering an artist on Spotify often leads to a vinyl purchase.”While vinyl fans will no doubt be pleased to see the format enjoying a minor renaissance, Alan Schneider, an independent record dealer and former owner of the No More Records label, said that it would only continue if record labels reliably manufacture a high-quality product.”Quality control needs to rise at the pressing plants,” he said. “Too many scratched, warped, non-fill LPs slip out, and for a $30 LP, I want a flat and quiet pressing that sounds good.” “If the industry wants me to buy the same record for a second, third or fourth time for the price of all the previous versions combined, then they had better put some care into what they’re selling me,” he added.