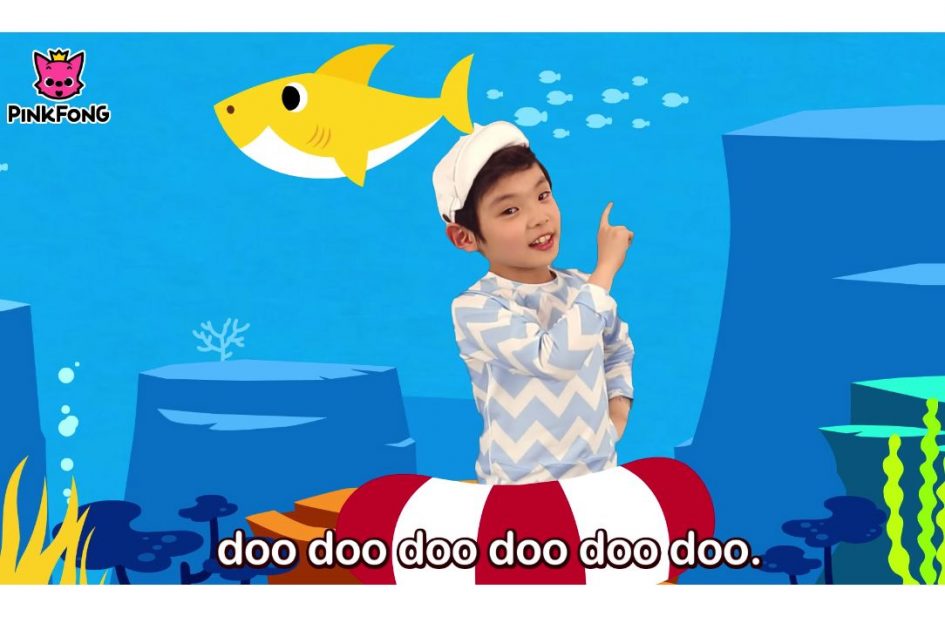 The irritatingly catchy song “Baby Shark” is entering new waters as its creators capitalize on the brand’s rapid success.

Pinkfong, the South Korean company behind the hit, has big plans to build a brand and will prepare several new releases. Among them, is a partnership with Viacom’s Nickelodeon to create a spinoff animated television series.

“We felt there was a fantastic opportunity to expand the Baby Shark universe and develop stories that will connect with fans,” said Pam Kaufman, president of Viacom Nickelodeon consumer products. “The property is just getting started from a consumer products perspective, and we plan to make Baby Shark a global brand at retail.”

For those unaware of the viral song-and-dance video. It has infiltrated preschool culture and inspired more than 700,000 cover videos and amassed nearly 3 billion views on YouTube. Ear-sore parents might have hoped the craze would have jumped the shark, but it clearly hasn’t.

The new partnership means Baby Shark products across multiple product categories and retail aisles as the company hopes to attract a new audience to the franchise.

The merchandise will create a revenue stream at a new concert-like live performance too. Pinkfong has partnered with the production company Round Room Live to bring the song to life with a 100-date North American tour.

“These shows truly have have multiple streams of revenue, multiple access points and touch points to children and this is just another example. Baby Shark: it’s in music; it’s in digital. It’s in consumer products and animated TV broadcasting and now again, a live tour,” said Stephen Shaw, co-president of the Round Room Live.

Pinkfong says the growth of Baby Shark has helped grow its revenue by 47% in the last year, boosted in part by 35 merchandising deals covering toys, apparel, home, health and beauty, accessories, food and publishing. Some of their key licensees include WowWe, Hasbro and Harper Collins.

“We’ve had a great year of sales so far,” said Emily Chacra, brand manager for Pinkfong Baby Shark at WowWee. “The product has done incredibly well.”

Baby Shark products sold out in two days on Amazon. WowWee is launching a new collection this August.

WowWee sold out in two days on Amazon with its Babyshark products at Christmas time. Chacra said she has similar expectations for the company’s next release in August, with a fresh round of products ranging from plush items to walkers and bath toys and interactive Baby Shark Fingerlings.

“We have really high expectations coming off the past few months of sales,” she said.

With a 20-week streak on the Billboard Hot 100, Baby Shark’s “stickiness” has helped it stay relevant. Experts say its trendy beats, fun rhythms and repetitive hooks are to blame. The song went viral in Asia in 2017. In August 2018, it moved its way to North America and Europe, making appearances on “The Ellen Show” and “The Late Late Show with James Corden.”  Add some pop culture icons like Drake, Cardi B and Will Smith, Kylie Jenner and John Legend, and it became a viral sensation.

Now, the song is sometimes played by wedding bands to the delight (or horror) of grown-up guests, who bop along with wild arm motions.

“Once it’s gone beyond the experience for young children, it has a longer life span,” said Maura Regan, president of Licensing International. “It definitely has the opportunity to live on and on.”

The upcoming series lends itself well to toys, Regan said. “I think the sky is the limit.”

As PinkFong continues to invest in this franchise, the company says it’s not worried that it’s a fad.

“Baby Shark is no longer just a song or video – it’s evolving into a brand,” said the company.