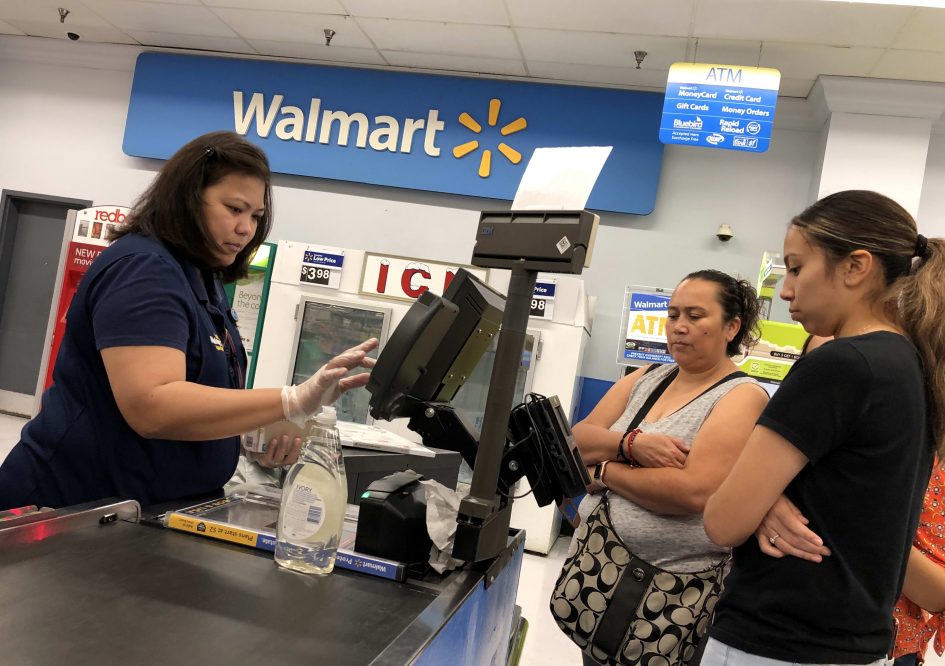 Customers look on as a Walmart cashier rings up their purchases at a Walmart store on August 15, 2019 in Richmond, California.Justin Sullivan | Getty ImagesWalmart likely discriminated against dozens of female workers in its stores, according to a report from the Wall Street Journal.The report, published Tuesday, cited memos from the Equal Employment Opportunity Commission that said “there is reasonable cause to believe” that for 178 women, Walmart paid women less, denied them promotions, or both, because of their gender. It said the charges involve workers in over 30 states.Walmart and EEOC spokespeople didn’t immediately respond to CNBC’s requests for comment.According to the Journal, the EEOC is now asking Walmart and the women to find “a just resolution of this matter,” or the group could file a lawsuit against Walmart.The EEOC’s push to make Walmart act comes as workers have been seeking damages from the biggest private employer in the U.S., with 1.5 million workers across the country, for almost two decades.For example, the Journal noted that in 2001 a class-action lawsuit was launched by Walmart workers alleging the company paid 1.6 million female employees less than men. Since then, the Journal said more than 1,900 women have pursued cases against Walmart, filing charges with the EEOC alleging gender discrimination.Walmart shares climbed less than 1% Tuesday morning, having risen more than 24% this year.Read the full report from the Journal.