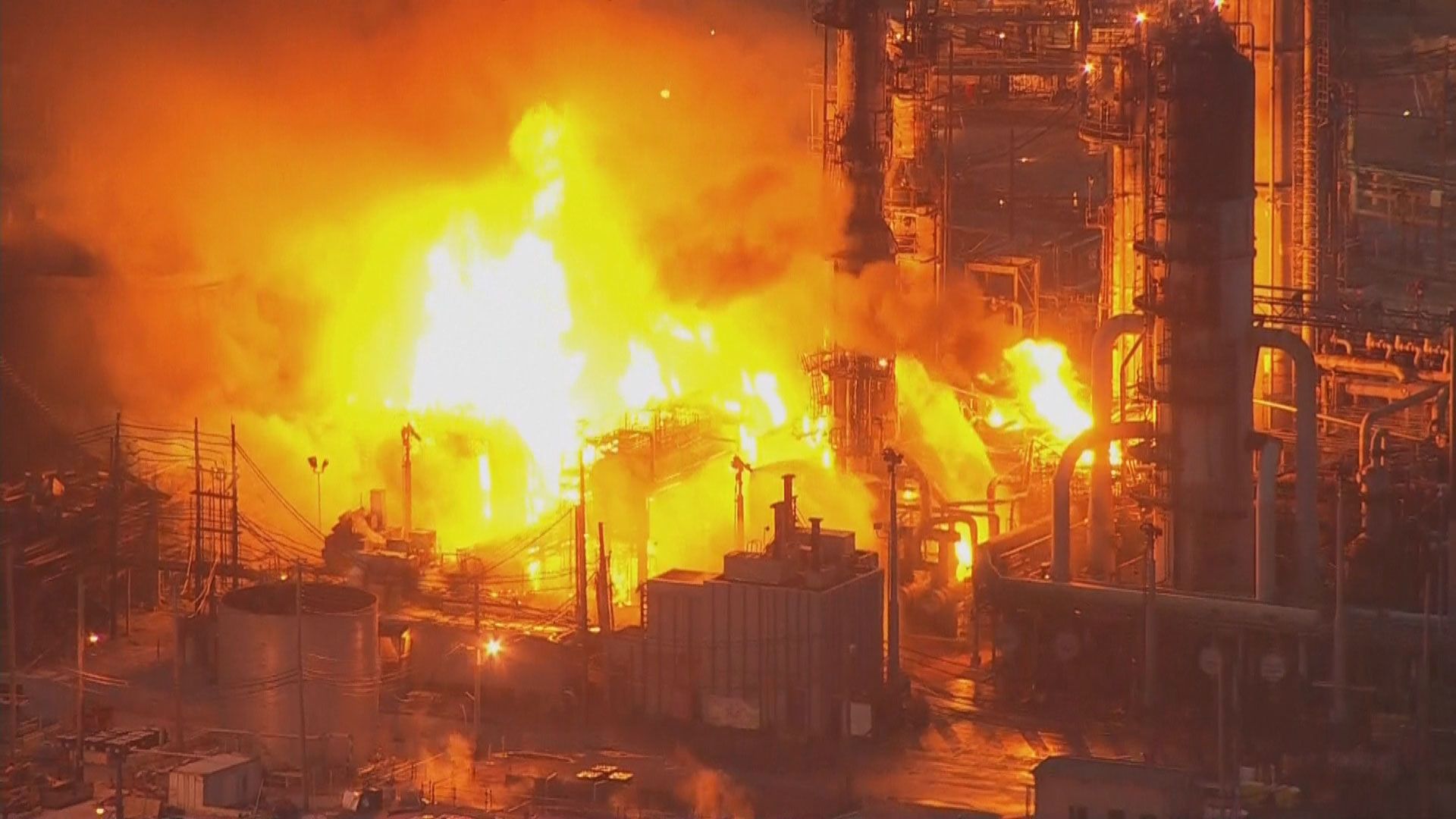 A massive fire engulfed a refinery complex in South Philadelphia on Friday morning.

The refinery, the largest on the East Coast, caught fire after a butane vat exploded and triggered the three-alarm blaze. The conflagration was so large that it turned the morning sky orange and rattled nearby homes, according to reports.

There were more than 120 personnel on the scene, though there were no injuries reported as of approximately 7:20 a.m. ET, according to the Philadelphia Fire Department’s Twitter page.