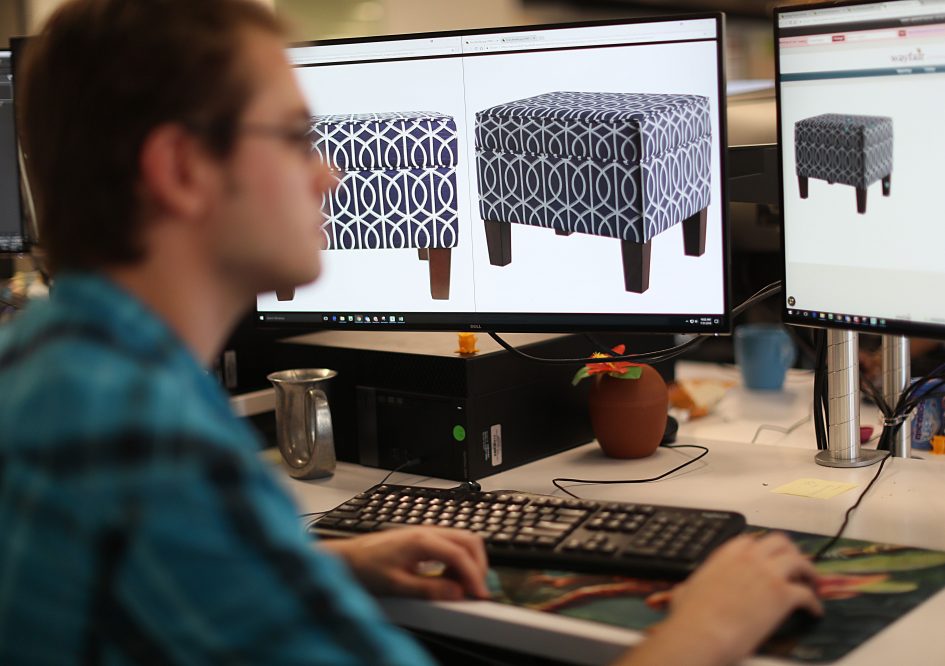 A Wayfair employee works at his desk at the Boston headquarters of Wayfair on July 31, 2018.

Wayfair shares whipsawed Thursday morning after the online furniture retailer reported a larger loss for its fiscal second quarter, as costs for things like advertising and customer service skyrocketed.

It reported sales for the quarter of $2.34 billion, up 42% from a year ago. Analysts were calling for revenue of $2.26 billion.

Total operating expenses were the red flag on Wall Street, making for some volatile trading. The stock tumbled more than 7% in premarket trading, later rising more than 2% when the market opened. More recently, shares were down less than 1%.

Wayfair’s operating expenses rose 52% to $730.8 million from $480.3 million a year ago, as the retailer spent more on customer service, advertising, technology and other operating fees during the quarter.

Wayfair has consistently reported double-digit revenue growth, but hasn’t been able to turn a profit. And that’s one obstacle that many online-based businesses face. It’s typically more expensive to acquire customers online than it is in a bricks-and-mortar store. Wayfair is set to open its first full-service location at the Natick Mall in Massachusetts this fall, having experimented with a handful of pop-up shops.

“While Wayfair is expert at driving sales growth, it remains terrible at translating this into profitable gains,” said GlobalData Retail Managing Director Neil Saunders. “Wayfair’s advertising costs are out of control. … This completely erodes the already wafer-thin margins and pushes the company deep into the red.”

But Wayfair is sticking by its approach.

“In North America and increasingly in Europe, our investments are paying off in the form of greater scale and higher-levels of repeat over time, which tells us our strategy of not timing our investments to any particular quarter is working as intended over the long-term,” CFO Michael Fleisher told analysts on a post-earnings conference call. “We expect to stick to this philosophy and we will not alter our … investments to make any particular quarter more profitable.”

Wayfair said the number of active customers for its direct retail business is now 17.8 million, up 39.1% from a year ago. It said it delivered 9.2 million orders during the second quarter, up 42% year over year. The average order value was $255, a buck better than what it was during the same period in 2018.

The earnings report follows a controversial incident in June, when Wayfair employees walked out after alleging the company sold $200,000 of mattresses to a detention camp for migrant children along the Mexican border. Following the incident, some Wayfair customers announced on social media they would boycott the company to stand in solidarity with employees.

Wayfair, which has a market cap of about $12 billion, has watched its stock climb more than 45% this year.