Weakness in US industrial economy could push Fed to cut rates 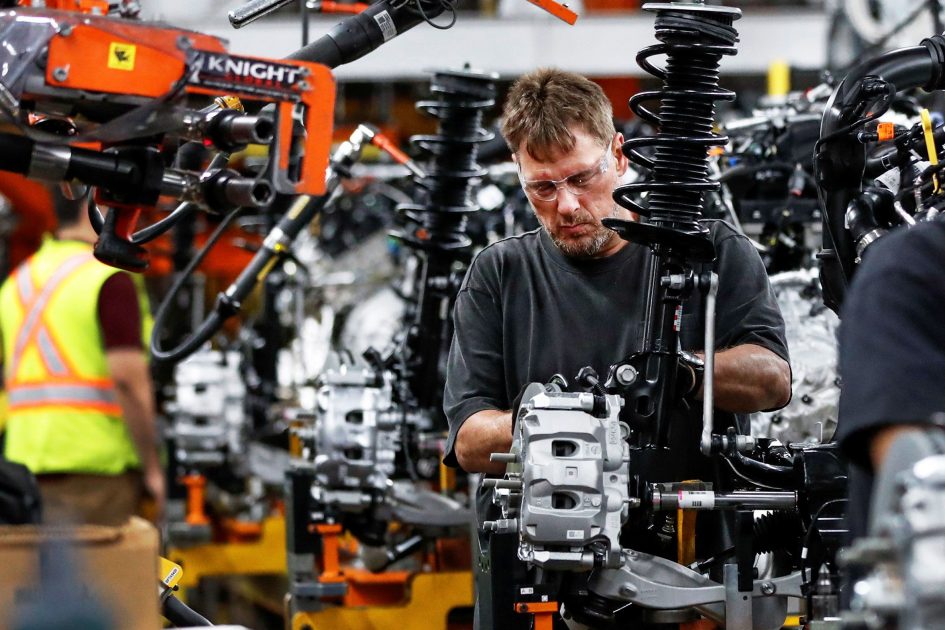 The consumer and industrial economies are telling conflicting tales this earnings season, and it could be enough to trigger a change in Federal Reserve policy, CNBC’s Jim Cramer said Thursday.

“The industrial economy is so weak that [Fed Chair] Jay Powell now has plenty of ammo to justify cutting interest rates,” he said. “And if the president rolls out new tariffs on Chinese imports — that $300 billion — if oil goes down, then one rate cut will not be enough.”

After a string of earnings reports last week that revealed the strength of the consumer, the “Mad Money” host thinks the earnings cycle has “suddenly gone completely schizophrenic” and sent the major averages down on Thursday.The Dow Jones Industrial Average shed nearly 129 points during the session. The S&P 500 dropped 0.53%, and the Nasdaq Composite plunged 1%, a day after setting record closes.

Much of the industrial slowdown can be attributed to China, which has impacted companies like Ford and 3M, among others. In terms of the trade dispute, it appears that China is taking a bigger hit than the U.S., Cramer said, basing his conclusion on earnings conference calls.

CEO Nick Akins of American Electric Power, one of the biggest utilities in the U.S., told shareholders the “biggest economic headwind we have at this point” is the trade war impact.

Align Technology, which makes Invisalign braces, similarly has a “cautious view for growth in the Asia Pacific region” in the third quarter due to the Chinese consumer, CEO Joe Hogan said. The company’s shares plummeted 27% off its second quarter report.

Electronics and autos companies are performing better in Brazil, Canada and Mexico than in China, which Cramer called “bizarre.”

“Here’s the thing about this slowdown: If it pressures the Chinese government to make a deal, that’s great for our companies,” the host said. “But if China just digs in and takes the pain, it’s a real problem for the rest of the world. Their pain is not our gain.”

The U.S. and China are expected to hold face-to-face trade talks in China next week. Negotiators struck a truce in June and agreed to hold off on further tariff hikes, but it remains to be seen if a more permanent deal will be made in the near future to stave off additional levies.

“This industrial weakness is a serious problem. It will not go away unless the Fed steps on the accelerator and does so soon, if only to offset the weakness being exported here … from China,” he said.