WeWork’s complex business in China, which it cites 173 times in S-1 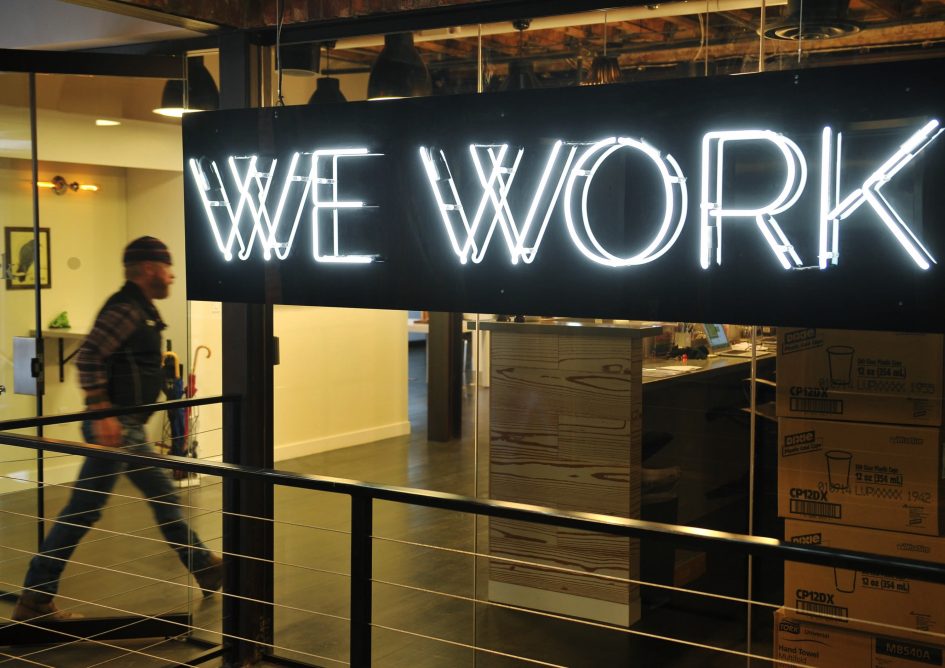 A man enter the doors of the ‘WeWork’ co-operative co-working space in Washington, DC.

Most big U.S. tech companies are either shut out of China or have been unable to get much traction there. For The We Company, it’s increasingly becoming a core market — and perhaps it’s most complex.

In The We Company’s 350-plus-page IPO prospectus on Wednesday, the company cited China 173 times. Most of those relate to ChinaCo, its joint venture in the world’s second-biggest economy that was set up in 2017. The We Company is the parent company of WeWork.

It’s obvious why WeWork would want a large footprint in China. As a company whose primary business is providing coworking spaces, WeWork sees China’s rapidly growing technology sector as one of its most attractive growth opportunities anywhere around the globe. According to WeWork’s website, the company has 115 buildings across 12 cities in Greater China, about 15% of its total number of facilities.

But with that access comes a huge amount of economic and political risk. In addition to dealing with a country that, by many foreign policy experts, is considered the No. 1 adversary of the U.S., WeWork acknowledges that its operations in China are run by groups that it can’t control, that local laws are different in terms of the length of leases and that it’s subject to the 2017 China Cybersecurity Law, which allows for government scrutiny of data storage and security.

Then there’s the Trump Administration’s inconsistent trade policy with China, which has been roiling U.S. markets of late.

“There are concerns regarding potential changes in the future relationship between the United States and various other countries, most significantly China, with respect to trade policies, treaties, government regulations and tariffs,” WeWork said in the risk factors of its prospectus. “The implementation by China or other countries of higher tariffs, capital controls, new adverse trade policies or other barriers to entry could have an adverse impact on our business, financial condition and results of operations.”

WeWork opened an operation in Shanghai in 2016, a year before creating a joint venture with $500 million in capital from Japan’s SoftBank and Chinese firms Hony Capital and Trustbridge. WeWork owns 59% of ChinaCo, which is the exclusive operator of the company’s business in China, Hong Kong, Taiwan and Macau.

To date, the Chinese business is weighing on profitability, already the company’s biggest challenge — it lost $900 million in the first six months of 2019 on $1.54 billion in revenue. WeWork focuses on a metric it calls contribution margin, which is the revenue left from membership and services after subtracting operating expenses of those locations. For the first half of the year, the contribution margin was 25%, excluding certain costs.

Still, China is quickly becoming a more material part of the business. Revenue there accounted for 5.5% of the total in 2018, up from 3.4% the prior year. Property and equipment there increased to 5% of the total from 2.2% over that stretch.

Starting in a few years, the ownership arrangement gets particularly complicated.

After the fifth anniversary of the 2017 financing round that set up the ChinaCo venture, WeWork has the option to purchase at fair value the whole entity in cash, stock or a combination. For a year following the five-year anniversary, the lead investor can choose to have ChinaCo go public in an IPO, be sold, or to sell its shares.

“The lead investor will only be able to exercise this liquidity event right if it retains all of its holdings” in the company, the filing says.

WATCH: How does WeWork work and why it is losing money