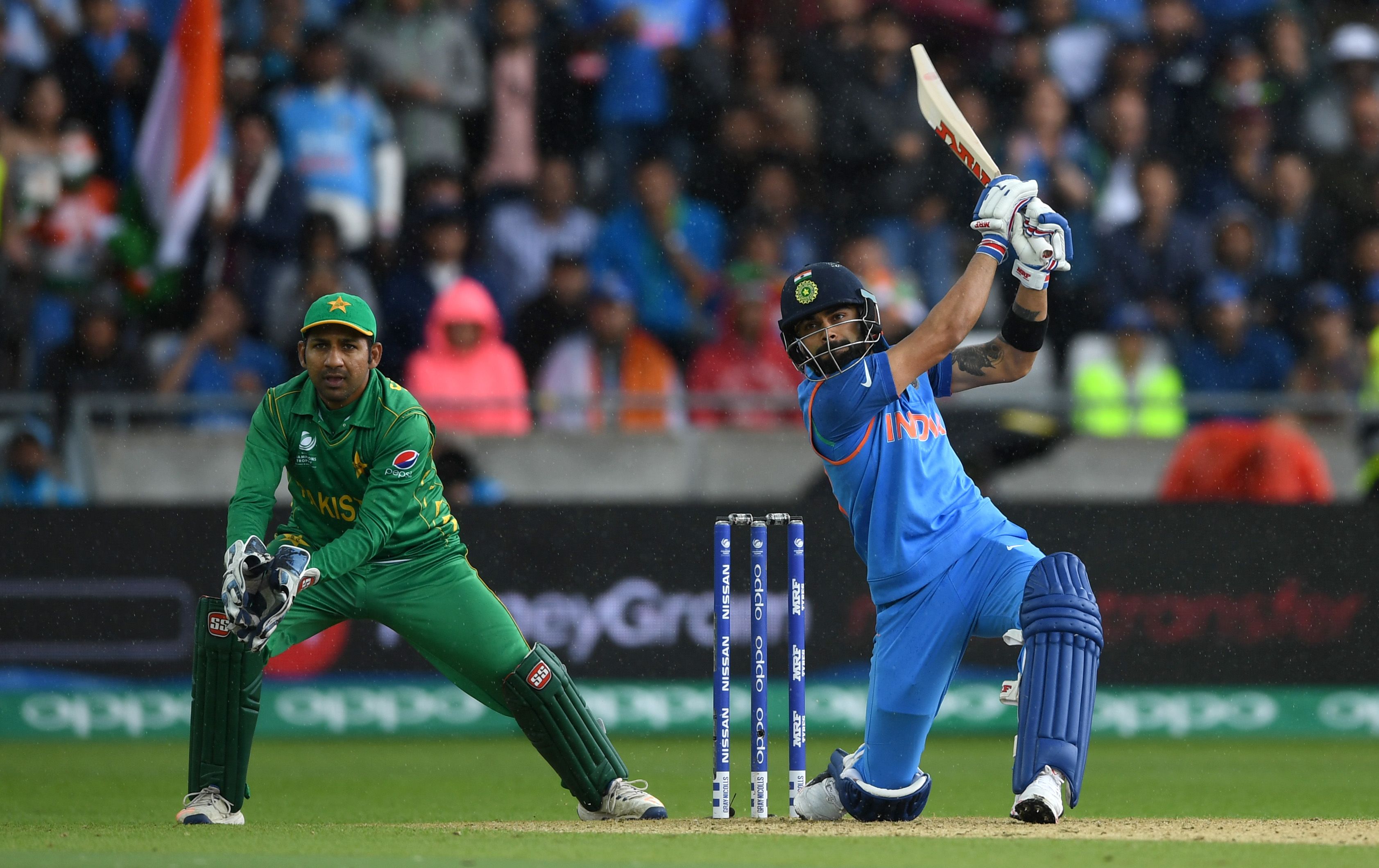 India and Pakistan have a fraught relationship at the best of times, but when it comes to cricket, the competition takes on a whole different agenda, where it stands unrivaled at the biggest fixture the world has to offer.

Political and diplomatic tensions will be put to one side on June 16 when the two nations meet at the ICC Cricket World Cup in England in a match which could be watched by more than one billion people.

Virat Kohli of India bats during the ICC Champions Trophy match between India and Pakistan at Edgbaston on June 4, 2017 in Birmingham, England.

The game will be played at Manchester’s Old Trafford cricket ground as part of the tournament’s group stages and it’s once again proving to be the hottest ticket in cricket.

Tickets for the 26,000 capacity cricket ground sold out months ago within 48 hours of their release. Organizers were inundated with more than 500,000 requests from fans trying to get their hands on these tickets. Reports suggest that as many as two-thirds of the tickets have been allocated to Indian supporters, while around 18 percent were picked up by Pakistan fans.

At the time of sale, the highest priced adult Platinum ticket at face value was $300, but just a week before the two teams were due to meet, resale site Viagogo has a gold level ticket being sold for $6000.

However, on its website, Viagogo passes on the responsibility to the sellers stating, “Ticket sellers compete to offer the best price to customers.”

“Viagogo is a marketplace. Ticket sellers on the marketplace set their own prices, which may be above or below the original face value. Where demand is high and tickets are limited, prices increase.” said Viagogo.

Part of the clamor to see these two great rivals face off against each other on a cricket field comes from the fact that in modern times it is something of a rare event.

Unwilling to face off against each other in any form of bilateral series since 2013, there hasn’t been a test series between them since 2008. Therefore, cricket fans of both countries have had to wait for matches in major tournaments. The last such meeting saw Pakistan upset the odds by beating India in the final of the 2017 Champions Trophy tournament, also held in England.

Furthermore, Pakistani players have also not featured in the lucrative Indian Premier League (IPL) team competition since 2008 and the lucrative Twenty20 tournament was not even shown on Pakistani television this year.

Earlier this year the political situation between the two nations threatened whether the game of cricket would even go ahead, after India called for a boycott and even for Pakistan to be expelled from the tournament before it had even begun.

That came after February’s suicide attack in Kashmir, in which more than 40 Indian paramilitary police were killed, where a Pakistan-based militant group had taken responsibility. Two weeks later India retaliated with an airstrike that the Indian government claimed hit major militant camp inside Pakistan. Pakistan has denied this attack happened.

A month after those attacks India’s players took the decision to pay tribute to those who lost their lives by sporting Army camouflage caps when fielding in a one-day international against Australia.

Pakistan Cricket Board (PCB) Chairman Ehsan Mani responded in March by saying “We believe cricket and sport should not be used for politics,” in a news conference he went on to add “India’s credibility in the cricketing world has gone down very badly.”

India and Pakistan have faced each other six times previously at Cricket World Cups and India has come out on top in all of them.

2015 saw the last World Cup meeting between India and Pakistan take place, in what organizers claimed was the most watched cricket match the world has ever seen. The match was estimated to have attracted a global TV audience of over one billion, which could be surpassed this weekend.