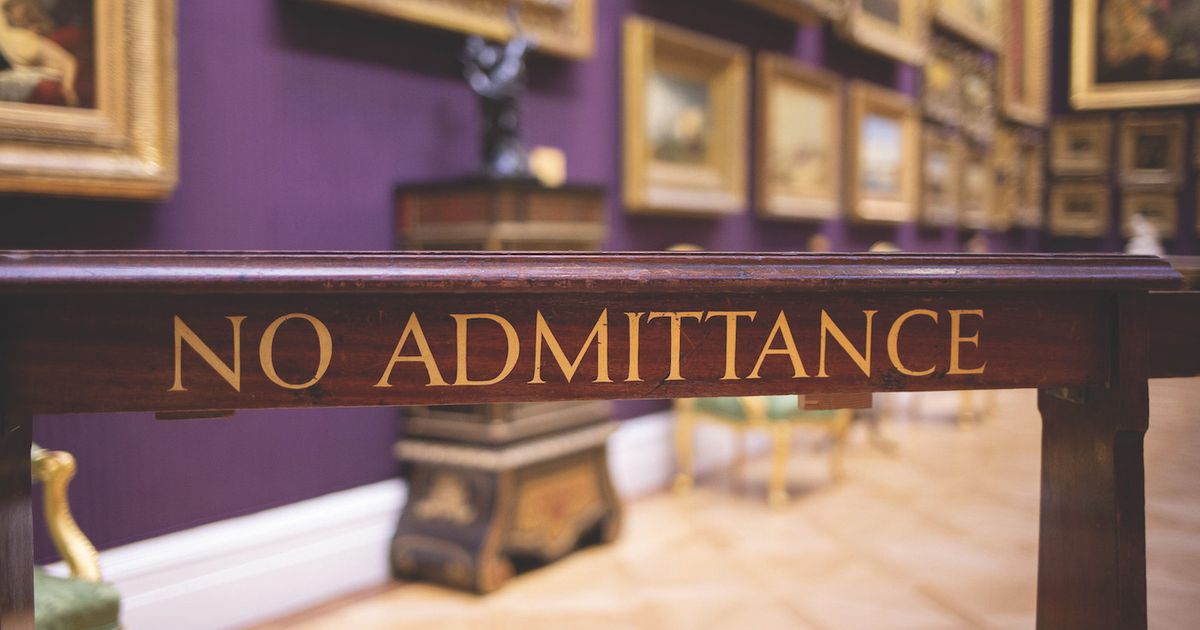 Down and potentially out: the Wallace Collection in London, whose director says the recovery and renewal optimism that followed the lifting of the first UK lockdown has been replaced by fear of permanent closure with the second
Neil Turner/Alamy Stock Photo

Across Europe, museum directors are wondering why their institutions have been included in a second lockdown when other public spaces—such as schools and shops—are largely allowed to remain open.Lockdown 2 in Europe is a patchwork of restrictions, most dating back to early November. Museums are closed in Germany, Austria, the UK, Italy, France, Belgium, Poland and the Czech Republic, although not in Spain, Sweden and most of Switzerland. In the Netherlands, museums reopened on 19 November. Announcing the new November restrictions, German chancellor Angela Merkel said the closure of cultural institutions “is particularly painful for everyone, for me too”, adding they “have nothing to do with hygiene concepts in this or that institution; they are because scientists are telling us we need to reduce all contact in our society by 75%”. But in Germany’s so-called lockdown light, shops are allowed to stay open. Many museum employees see this as an unjustifiable contradiction to the forced closure of museums. A group of 40 museum directors signed an open letter to the government in protest.

“There is a lot of irritation and frustration,” says Felix Krämer, the director of the Dusseldorf Kunstpalast and one of the open letter signatories. “We are allowed to open the bookstore, but the museum has to close. Why can Ikea open, and museums can’t? I don’t get it. You can go to a hairdresser, but you aren’t allowed to visit a museum.”The devastating financial impact of the first lockdown prompted fears that many museums might be forced to close permanently. The second lockdown is a fresh blow, just months after many reopened. “In July I was talking about recovery and renewal,” says Xavier Bray, the director of the Wallace Collection, London. “By September I was talking about survival. We are very worried.”Museums argue that the precautions they implemented in the first lockdown make them safe for visitors. Obligatory masks, new itineraries through exhibitions to avoid cross-traffic, online ticket sales and fewer visitors have minimised the infection risk, they say. In Madrid, the Prado has even introduced temperature checks for visitors. “It’s very safe”“I don’t see how you could get sick in a museum” if hygiene regulations are applied, says Manuel Borja-Villel, the director of the Reina Sofía museum in Madrid, which remains open. “We have no tourists, no school groups, and 70% fewer visitors than usual. It’s very safe.”In Italy, Parma, the country’s capital of culture in 2020-21, launched a petition that had attracted nearly 3,000 signatures as we went to press. It calls for “open culture” and a regional assessment of risk rather than blanket lockdown.Sylvia Willkomm, the spokeswoman for the German Museums Association, says the body has heard of no cases of Covid-19 transmission in the museum sector. In general, visitors are required to keep their distance from exhibits, so the risk of contagion via contaminated surfaces is small. And unlike in concert halls or theatres, visitors do not tend to spend a whole evening with the same crowd of people in one room. “Museums have big spaces and excellent air-conditioning,” Willkomm says. “They have successfully implemented distancing and hygiene rules and have long experience of managing visitors.”In Germany and other countries, museums have been classified as leisure facilities in the lockdown regulations. This has angered some museum staff, who argue they could equally well be classified as educational facilities. Schools and universities remain open in the second lockdown. “Museums cannot be reduced to pure entertainment,” the German Association of Museum Educators said in a statement. “They are places of life-long learning and self-education, they contribute to public debate and social cohesion, they offer space for intercultural encounters and discourse.”The German education minister Anja Karliczek has even encouraged museums to offer their space to schools during the lockdown, and some museums have been able to turn galleries into classrooms. The German Museums Association, while welcoming the idea of teaching classes in museums, points out that “these very school classes were banned from museums with the closure at the beginning of November”. The minister’s suggestion is “even more of a reason to question the reasons for the closure”.Bray says he welcomes the treatment of museums and galleries in the second UK lockdown as at least being in a separate category rather than part of the hospitality sector, as in the first. While blockbuster shows are out of the question for the time being, he says, “museums could and should stay open”.With the discovery of a vaccine and the resulting prospect of an end to the pandemic, many are hoping the word “lockdown” will soon be consigned to history. But it may be some time before a vaccine is widely available, and it seems likely that Covid-19 will continue to spread in the coming months. If another lockdown looms or the current one is extended, then it should be argued that museums, like outdoor sporting facilities, play an important role in public health, Bray says. “Looking at great art is a great antidote to depression,” he says. “It is a way to survive these testing times.” Borja-Villel agrees. “Museums are not just decoration,” he says. “We also have to care about mental health.”