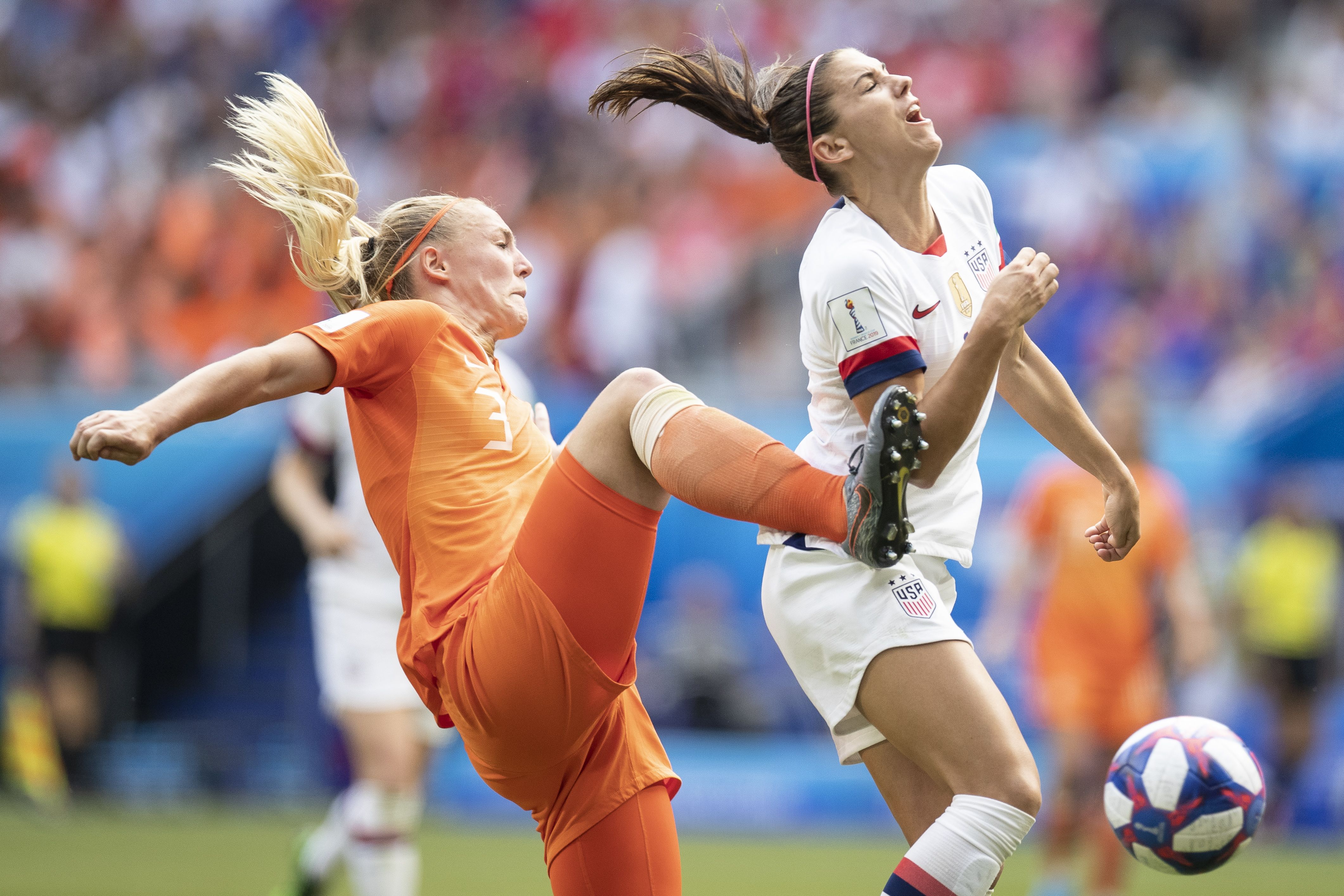 Alex Morgan of the USA is fouled by Stefanie Van der Gragt of the Netherlands leading to a penalty during the 2019 FIFA Women’s World Cup France Final match between The United States of America and The Netherlands at Stade de Lyon on July 07, 2019 in Lyon, France.

Sunday’s FIFA Women’s World Cup final, in which the U.S. beat the Netherlands 2-0, pulled in significantly better television ratings in the U.S. than the 2018 men’s final between France and Croatia, according to statistics released Monday by Fox Sports, which aired the match.

The game was the best-rated U.S. soccer telecast since the 2015 FIFA Women’s World Cup final, which the U.S. team also won. That game brought in 25.4 million total viewers, a record-high in the U.S., and aired in prime time, according to Variety. Sunday’s match aired at 11 a.m. ET.

The U.S. women’s national soccer team has typically performed better than the men’s team. Sunday’s championship was the team’s fourth World Cup victory, a FIFA record. The men’s team has yet to make it to a World Cup final, and did not qualify for the 2018 tournament.

The women’s team has also been a bigger revenue-generator for the United States Soccer Federation than the men’s team since their 2015 victory, according to The Wall Street Journal, which cited audited USSF financial reports.

Despite the team’s high ratings, performance and revenue, the women’s team will make much less from their World Cup win than the U.S. men’s team would have if they had won their championship.

This, and other alleged resource disparities, prompted the women’s team to sue the USSF in March. The USSF has responded by saying the pay differences are based on the “aggregate revenue generated by the different teams and/or any other factor other than sex.”

The team’s winning streak has helped fuel sales of merchandise, including Nike sports jersey. Nike said jersey sales have surged 200% compared with the the last tournament four years ago.

The U.S. women’s team attracted controversy during the World Cup after captain Megan Rapinoe issued an expletive-filled refusal to consider visiting the White House if the team won, and questioned whether the team would even be invited.

President Donald Trump fired back with a three-tweet response in which he said “Megan should WIN first before she TALKS!” He also said he’d invite the entire U.S. team to the White House, “win or lose.”