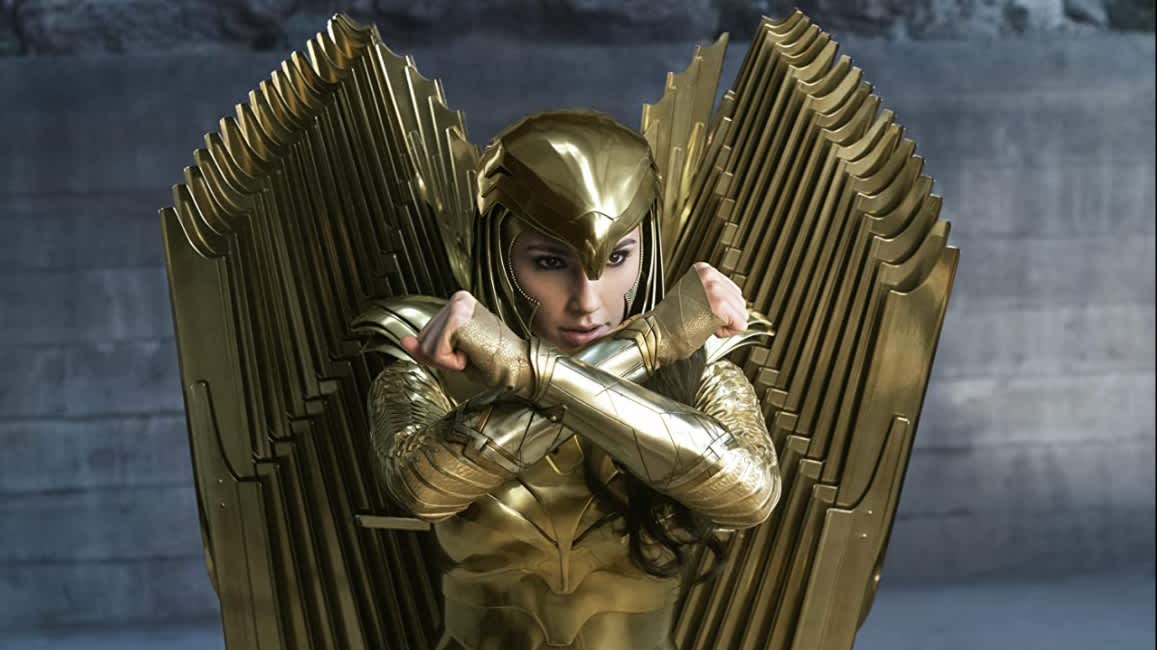 Gal Gadot stars as Wonder Woman in “Wonder Woman 1984.”Warner Bros.”Wonder Woman 1984” soared into theaters on Christmas day and secured the highest box office opening of any film released domestically since the coronavirus pandemic crippled the entertainment industry in mid-March.On Sunday, Warner Bros. revealed that the film tallied $16.7 million in the U.S. and Canada. “Wonder Woman 1984” was one of the first major Hollywood blockbusters to be released in theaters and on streaming on the same day.The simultaneous release was meant to accommodate for a limited number of open movie theaters, limited seating capacity and a general public that continues to be fearful of returning to cinemas.Warner Bros.-parent AT&T said Sunday that nearly half of its HBO Max retail subscribers viewed “Wonder Woman 1984” on Christmas day. Retail subscribers are those that purchase the streaming service directly, not through a cable subscription or other streaming subscription.As of October, HBO Max had around 3.6 million direct retail customers. It’s unclear how many additional subscribers the company acquired prior to “Wonder Woman 1984’s” release on the platform.”Wonder Woman 1984 broke records and exceeded our expectations across all of our key viewing and subscriber metrics in its first 24 hours on the service, and the interest and momentum we’re seeing indicates this will likely continue well beyond the weekend,” said Andy Forssell, executive vice president and general manager, of WarnerMedia’s direct-to-consumer division. “During these very difficult times, it was nice to give families the option of enjoying this uplifting film at home, where theater viewing wasn’t an option.”The theatrical success of the film has led the studio to fast-track a third installment in the Wonder Woman franchise, the company said. It will be written and directed by Patty Jenkins, who helmed the previous two films and, last week, made it clear to the New York Times that she would not return to the franchise if there was not a theatrical model made possible for the film.Heading into the weekend, analysts were unsure if the film could top the nearly $10 million that “The Croods: A New Age” secured during its opening weekend during Thanksgiving. There were concerns that viewership on HBO Max would significantly cannibalize ticket sales.Still, even with a hefty box office haul, there is concern from fans and critics about Warner Bros.’ DC Extended Universe.A week before debuting in the U.S., “Wonder Woman 1984” held an 88% “Fresh” rating on review site Rotten Tomatoes from 92 reviews. As of Sunday afternoon, that score has dropped down to 65% from 285 reviews.While the film’s star, Gal Gadot, was widely praised, the film itself was lambasted for its weak story, plot inconsistencies and low-quality CGI.For comparison, the first “Wonder Woman” film, released in 2017, earned a 93% score, the highest of any film in the DC Extended Universe. Private watch parties and large format screens like IMAX and Dolby were the most popular avenue for moviegoers to see the latest film over the holiday weekend, the company said.Disclosure: Comcast is the parent company of NBCUniversal and CNBC. NBCUniversal owns Dreamworks Animation, the studio behind “The Croods: A New Age,” and Rotten Tomatoes.Correction: Warner Bros.-parent AT&T said Sunday that nearly half of its HBO Max retail subscribers viewed “Wonder Woman 1984” on Christmas day.

This chart shows how restaurant revenue has fallen, even as delivery and takeout sales soar
Op-ed: Equities likely to grow, but finding yield remains difficult
To Top
error: Content is protected !!
Top