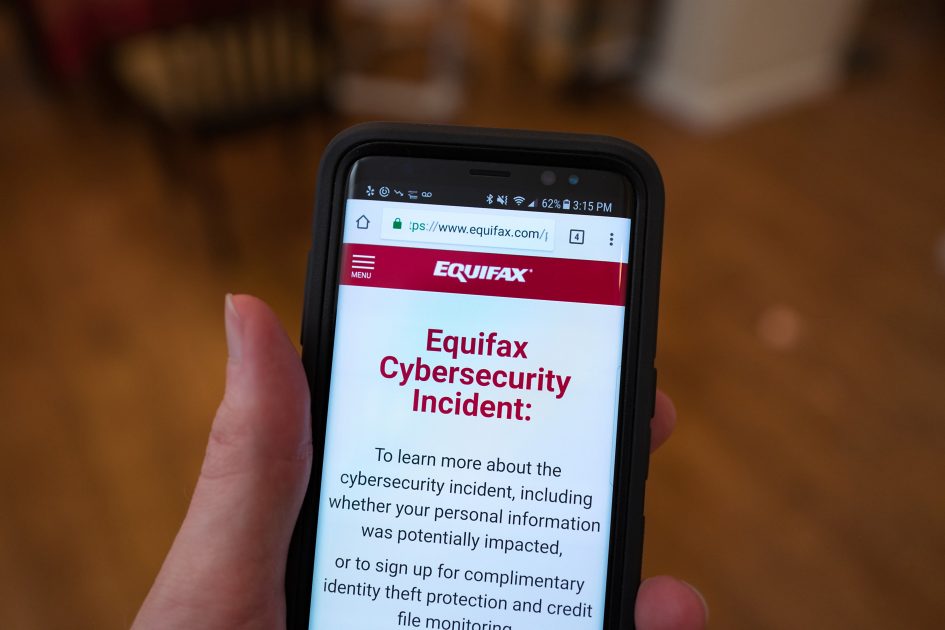 A mobile phone open to the web site of credit bureau Equifax, with text on the website reading ‘Equifax Cybersecurity Incident’, providing steps for consumers to take following a security breach in 2017 that affected 143 million Americans.

I may have banked $125 Friday by taking less than a minute to fill out a claim form with Equifax, which has agreed to pay nearly $700 million to settle claims of a massive data breach at the consumer credit reporting agency in September 2017.

My editor at CNBC claimed $125 after I told him about it and he verified he was eligible.

He did so by first entering his last name and the last six digits of his Social Security number at this site here: Equifax Claim Verification.

So did four out of my fellow politics team members who sit within shouting distance of me in the newsroom (which is not a problem given how loud I am) — they each verified that they were among the more than 140 million people whose Equifax data was compromised.

As did an ever-growing number of other colleagues here at CNBC, including at least one who was highly skeptical that getting the $125 would be so painless.

In the hour or since I first took seriously the possibility of a claim, filed it and sent up a newsroom flare, at least $1,625 had been claimed from Equifax by my coworkers, and that number is sure to continue to grow.

What are you waiting for?

If you’re leery about using the link above, here’s the portal for filing a claim offered by the Federal Trade Commission — a U.S. government agency whose mission is protecting American consumers: FTC Equifax Claims.

That government site also lays out the details of the settlement and its conditions.

Equifax agreed Monday to the huge payout to settle state and federal investigations of the data breach. The agreement, which has to be approved by a judge, includes up to $425 million set aside specifically for the 50-plus percent of Americans affected by the breach.

The maximum cash payment is capped at $20,000 per person for expenses such as losses from unauthorized charges to their accounts, the cost of freezing or unfreezing their credit reports, the cost of credit monitoring, fees paid to accountants and lawyers, and other fees.

I, and an ever-increasing number of CNBC workers, went the route of claiming a flat cash payout of $125 after we verified our eligibility.

You can claim that flat amount if you already have credit monitoring in place.

There are sites like NerdWallet where you can monitor your credit for fee.

“There should be no reason whatsoever not to file, especially the basic claim,” said Jack Gillis, executive director of the Consumer Federation of America.

He noted that the basic amount is likely what most consumers will file for, Gillis adds.

Our claims don’t necessarily mean we’ll get the full $125 apiece — although I’m hoping we do.

NerdWallet noted in an article this week that “there would need to be no more than 248,000 approved claims out of the 147 million consumers affected — or less than one-fifth of one percent — for approved applicants to get the full $125.”

But even if I end up getting a mere fraction of that, the very short amount of time I spent submitting the claim will be more than justified.

The administrator appointed to oversee the settlement will not start sending out benefits to claimants until they are authorized by a court, which will be on January 23 at the earliest.

Too late for Christmas 2019, but not a bad way to begin the New Year.