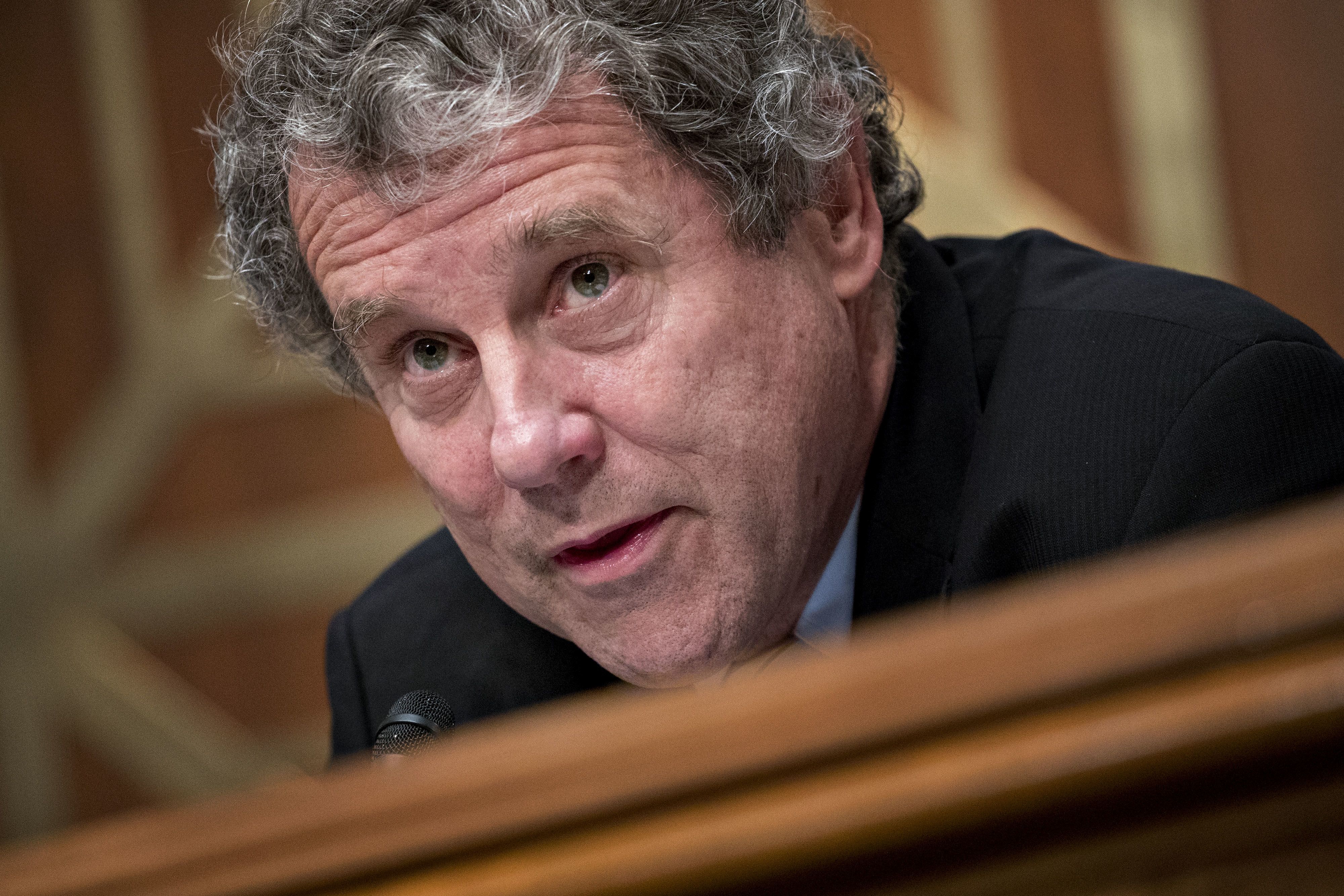 Brown said his bill would both prohibit “excessive” buybacks and require companies to offer employees $1 for every $1 million spent on stock repurchases.

“Wall Street’s obsession with accumulating wealth for the people who already have it is by their explicit design – and it comes at the direct expense of American workers,” the Ohio lawmaker said from the National Press Club in Washington, according to prepared remarks.

“Today I’m rolling out a plan to put workers back into the equation, and make clear to corporate executives: if you want to line your own pockets, you better make sure your workers are sharing in the profits they created for you,” he added.

Brown joins a growing list of prominent Democrats railing against corporations’ use of what critics call financial engineering, enriching shareholders at the expense of the average worker. But many investors and corporate executives believe buybacks are just another way of returning cash to shareholders, akin to dividends but often more flexible.

Unlike other proposals to curb corporate buybacks, the Stock Buyback Reform and Worker Dividend Act — and its so-called “worker dividend” — is unique in its focus on trying to help workers, Brown’s office said.

Brown, the ranking member on the Senate Banking Committee, illustrated the potential impact of the new legislation by using J.P. Morgan Chase as an example. The New York bank bought back about $20 billion of their own stock in 2018, meaning that employees would be entitled to a dividend of $20,000 each, he said.

Brown’s office also said they now have spreadsheet on their website where workers at the nation’s top 20 companies can enter the total dollar amount spent on buybacks last year and calculate how much they would have been owed if the bill made into law.

“Now I know what the C-Suite crowd is going to say – companies like Walmart have more than 2 million employees, it can’t afford to pay a worker dividend to all of its workers, they’ll lay people off, prices will go up,” Brown said. “Funny…or not so funny, I didn’t hear anyone complaining that prices might go up, when Walmart spent $8 billion on stock buybacks that line executives’ pockets.”

Companies across Wall Street last year announced more than $1 trillion in buybacks after President Donald Trump’s corporate tax cut left CEOs flushed with extra cash. Capital spending and job gains increased following the bill, but not at the same pace of buybacks. And wages have only increased slightly.

“Of course executives’ personal interests influence their decision-making,” Brown said. “So we shouldn’t be surprised that when President Trump and Mitch McConnell handed them a windfall with the 2017 tax law, those executives turned around and plowed that money right back into stock buybacks.”

Walmart, which has come under scrutiny for its compensation policies, last year announced a $20 billion share buyback as it laid off hundreds of employees and closed Sam’s Club stores. That drew ire from several left-leaning politicians, including Senate Democratic leader Charles Schumer of New York and Sen. Bernie Sanders of Vermont.

The pair earlier this year outlined a plan that would prohibit companies from buying back shares unless they first pay workers at least $15 per hour and offer other benefits.

The two published their strategy in a New York Times op-ed, writing “our legislation would set minimum requirements for corporate investment in workers and the long-term strength of the company as a precondition for a corporation entering into a share buyback plan.”

Sanders in June traveled to Walmart’s annual shareholder meeting in Bentonville, Arkansas, to protest its inaction, calling into question the retailer’s morality for the low incomes it pays to its low- and entry-level workers. The Vermont independent is a candidate in the 2020 presidential election.