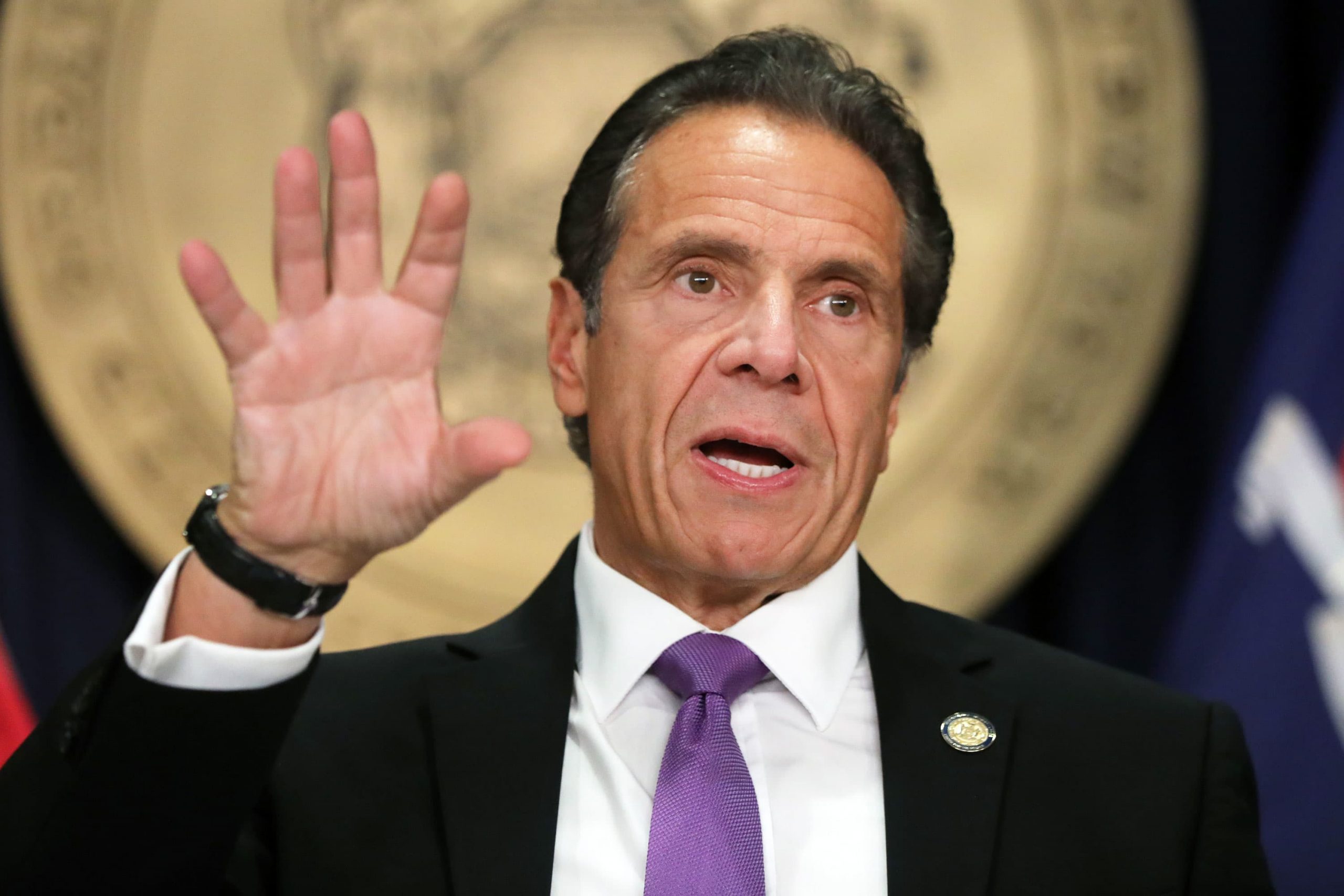 New York state Gov. Andrew Cuomo speaks at a news conference on September 08, 2020 in New York City.Spencer Platt | Getty ImagesA group of 250 CEOs and business leaders sent a letter to New York’s governor and legislators expressing “alarm” at what they say could become the largest spending and tax increase in the state’s history.The letter, delivered to Gov. Andrew Cuomo and Democratic members of the state Assembly and Senate, urged politicians to postpone any tax increases until after the state and New York City have more fully recovered from the Covid pandemic and workers return. As employers of more than 1.5 million people, the executives said many of their workers have moved out of the city and if taxes increase “they will vote with their feet.””Only about 10% of our colleagues are in the office and prospects for the future of a dense urban workplace are uncertain,” the letter said. “Many members of our workforce have resettled their families in other locations, generally with far lower taxes than New York, and the proposed tax increases will make it harder to get them to return.”Signers of the letters include JPMorgan Chase CEO Jamie Dimon, BlackRock Chairman and CEO Larry Fink, Pfizer Chairman and CEO Albert Bourla, Citigroup CEO Jane Fraser and JetBlue CEO Robin Hayes. The group said “significant corporate and individual tax increases will make it far more difficult to restart the economic engine and reassemble the deep and diverse talent pool that makes New York the greatest city in the world.””This is not about companies threatening to leave the state; this is simply about our people voting with their feet,” the letter said. “Ultimately, these new taxes may trigger a major loss of economic activity and revenues as companies are pressured to relocate operations to where the talent wants to live and work. This is what happened to New York during the 1970s, when we lost half our Fortune 500 companies, and it took thirty years to recover. “Gov. Cuomo’s office did not immediately respond to a request for comment.Democratic members of the state Assembly and Senate have proposed a series of tax increases on companies and high earners that could top $6 billion a year. They say the pandemic increased inequality in New York and higher taxes on companies and high earners are needed to fund social programs and reduce the wealth gap.Yet New York’s budget picture has improved recently. The state is set to receive $12.5 billion in unrestricted funds from the federal stimulus bill and New York State Director Robert Mujica said the stimulus funds and stronger-than-expected tax revenues would allow the state to avoid planned budget cuts.The group said it understands the “urgent human needs” and inequities exposed by the pandemic but that proposed tax increases or changes in policy should come after New York’s recovery.”Once we are on a path toward restoring more than one million jobs and thousands of small businesses that New York has lost in the past twelve months, there may well be need to raise new revenues to fill the gaps in our education, health and social welfare systems,” the letter stated. Rebecca Bailin, Campaign Manager for Invest in Our New York, an effort to fund social programs by taxing the wealthy, said the letter was “250 wealthy people in their homes pleading for status quo.”