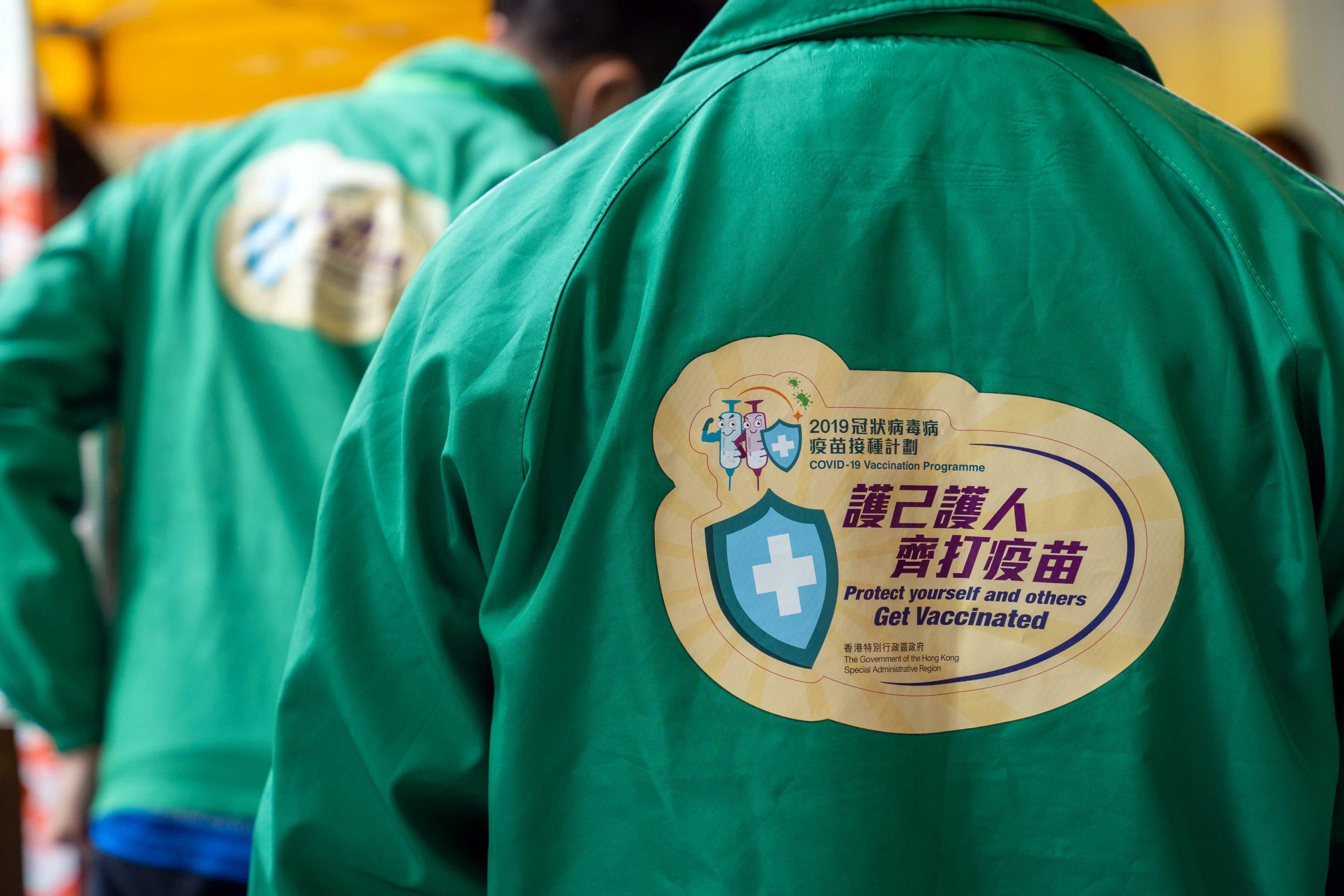 Branding for the vaccination program on the clothing of a staff outside a community vaccination center administering the BioNTech Covid-19 vaccine imported by Fosun Pharma in Hong Kong, China, on Wednesday, March 17, 2021.Chan Long Hei | Bloomberg via Getty ImagesShares of China’s Shanghai Fosun Pharmaceutical Group fell after Hong Kong and Macao announced Wednesday they were suspending BioNTech Covid vaccinations.Fosun Pharma, BioNTech’s partner in the development and distribution of the Comirnaty Covid-19 vaccine in greater China, notified the cities of a packaging flaw in batch 210102 of the vaccine.Hong Kong and Macao said they were suspending the German-made vaccinations as a precautionary measure.The cities said BioNTech and Fosun Pharma are investigating the cause of the vial cap defect, adding that there is currently no reason to doubt the safety of the vaccine.Macao said all of its messenger RNA, or mRNA, vaccines belong to the affected batch. Hong Kong said it would also temporarily suspend vaccinations from batch 210104 until the investigation is completed.Hong Kong-listed shares of Fosun Pharma were more than 4% lower in Wednesday afternoon trade.Hong Kong approved the BioNTech vaccine for emergency use in January, while Macao granted the vaccine special import authorization in late February. Both territories received their first batch of shots in late February.BioNTech’s mRNA-based vaccine has a demonstrated effectiveness of 95% in adults, according to data from its global phase 3 clinical trial. And real-world data has shown “very strong” results from Pfizer-BioNTech’s Covid two-dose vaccine even after just one shot.The news comes as countries around the world race to vaccinate their populations in the face of rising Covid cases in most regions.So far, Hong Kong has approved vaccines from BioNTech and China’s Sinovac. As of Tuesday, the city said about 403,000 people have received a first dose, of which 252,800 were Sinovac shots and 150,200 were BioNTech.Globally, more than 124 million infections have been reported and the death toll from Covid has surpassed 2.7 million, according to data compiled by Johns Hopkins University.