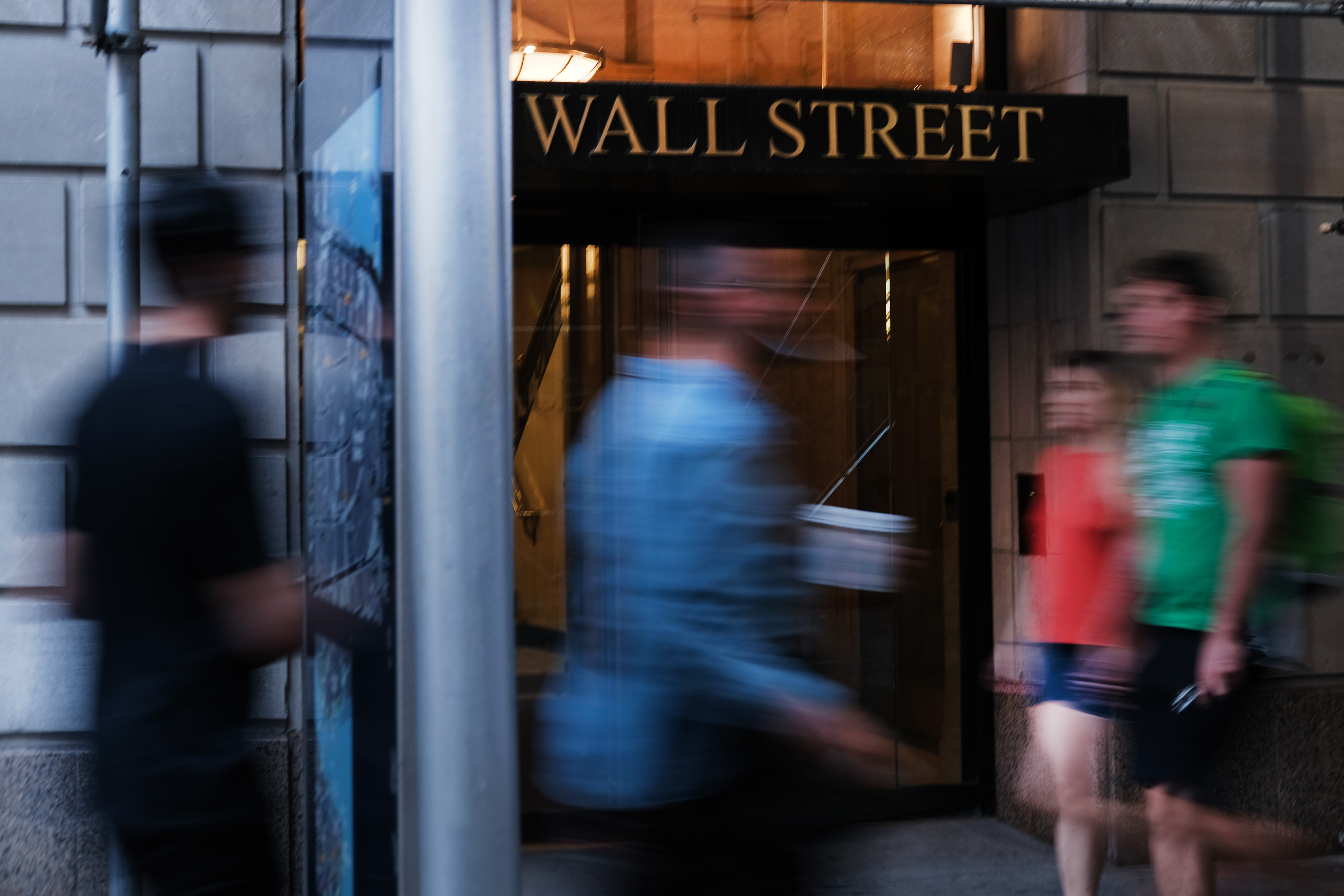 1. Dow to dip at the open after a four-session win streakNEW YORK, NEW YORK – SEPTEMBER 03: People walk along Wall Street in the Financial District of Manhattan on September 03, 2019 in New York City.(Photo by Spencer Platt/Getty Images)Spencer Platt | Getty Images News | Getty ImagesU.S. stock futures were indicating a weaker Tuesday open on Wall Street. The Dow Jones Industrial Average was heading into the new trading day on a four-session winning streak after a modest gain Monday. A small decline on the S&P 500 broke a three-session winning streak. The Nasdaq tries to avoid a three-session losing streak after Monday’s dip lower. Ahead of Tuesday’s session, the Dow was about 2% away from its July all-time highs. The S&P 500 and Nasdaq were, respectively, 1.6% and 3% away their July record highs.2. Cramer warns about the market’s ‘overbought’ conditionsAfter August became the second down month of the year, September is getting off to a strong start, with the Dow, S&P 500 and Nasdaq all on monthly gains of more than 1.5%. CNBC’s Jim Cramer tweeted a warning about September’s rally early Tuesday morning, urging investors to be careful due to “overbought” conditions in the market.On Monday evening’s “Mad Money,” Cramer said a rotation from high-growth names to slower tech, financial and oil stocks was triggered by optimism surround next month’s U.S.-China trade talks and expectations of a Federal Reserve interest rate cut later this month.3. China faces a pork crisis due to a swine fever outbreakWith the trade war weighing on the China’s economy, a pork shortage there is creating another crisis for Beijing. Pork prices in China soared nearly 47% year-on-year in August. The country is facing rising shortage of the meat due to a swine fever outbreak killing millions of hogs. Pork is considered such an important staple in China that the government is thinking about tapping its strategic pork reserve to add supply and make it more affordable.4. Apple’s new iPhones could ignite a robust upgrade cycleApple CEO Tim Cook speaks during an Apple launch event in the Brooklyn borough of New York, October 30, 2018. Shannon Stapleton | ReutersApple could sell as many as 200 million of its latest iPhones as existing users upgrade their older devices, according to Wall Street analysts. Much of that demand will come from China despite an ongoing trade war, they said. Apple is widely expected to launch three new iPhones on Tuesday, featuring upgraded processors and new camera functionality. Apple dodged the new U.S.tariffs on Chinese imports in September, but its devices could see 15% levies come mid-December.5. JP Morgan takes on Stripe and Square with faster payments for merchantsJ.P. Morgan Chase is rolling out same-day deposits to customers of its WePay platform who have bank accounts with the firm. J.P. Morgan acquired the Silicon Valley-based start-up in December 2017. The feature, available to some users already and spreading to all of its platforms by year-end, eases a cash bottleneck faced by many businesses. It could give J.P. Morgan an edge as it faces fintech competitors including Stripe and Square, fast-growing companies that have taken the payments world by storm.