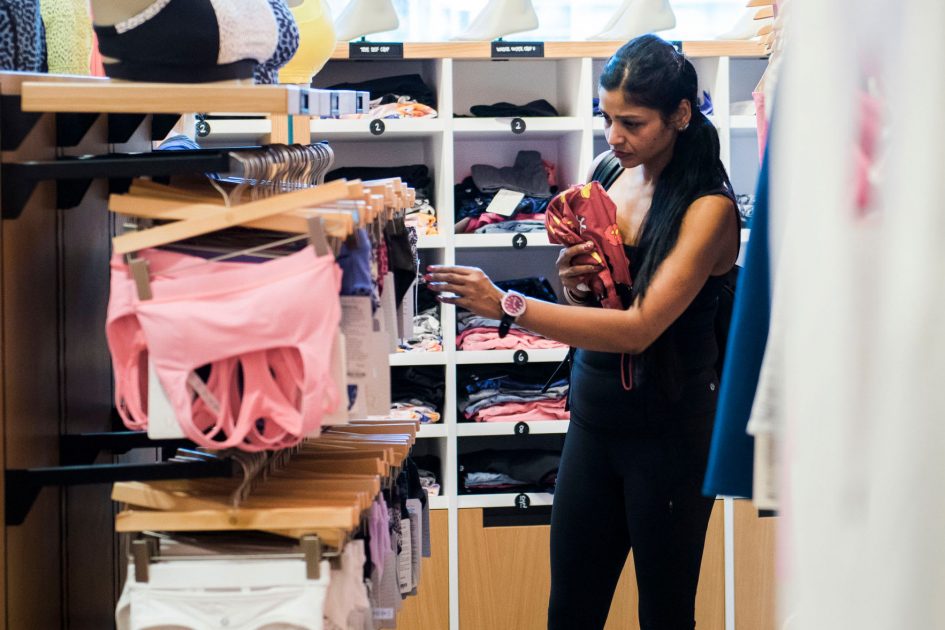 A customer looks at sports bras inside a Lululemon Athletica store.

The ugly Christmas sweaters you’re eyeing might still see a tariff price hike before the holiday season, according to an industry group.

In an attempt to save Christmas, President Donald Trump announced earlier this month that tariffs on some Chinese goods will be delayed until Dec. 15. Retail and department store stocks including American Eagle, Abercrombie and Macy’s all jumped following the news, as investors expected the announcement to mean that the companies’ products wouldn’t be taxed until later in the year.

But 91.6% of Chinese apparel imports will still be hit with a 15% tariff beginning Sept. 1, according to new data breakdowns from the American Apparel and Footwear Association.

The group also said 68.4% of home textiles and 52.5% of footwear will also begin to see tariffs on Sept. 1. The remaining imports in these categories will be levied 15% on Dec. 15.

“It has been, and will be, extremely difficult to move this amount of product due to capacity limitations in other countries, the need to build new relationships to ensure compliance with various product safety and labor regulations, and the fact that every industry is being asked to move at the same time,” AAFA executive vice president Stephen Lamar said in an email.

Many retailers, including Best Buy, Macy’s and Home Depot, have said they are implementing strategies to reduce the impact of tariffs. The most popular is to move factories, suppliers or vendors out of China.

Craig Johnson, founder of retail research firm Customer Growth Partners, said most companies have used a number of tools to lessen the number of products that will be affected by the Sept. 1 tariffs.

For example, T-shirts that are less than 70% silk will be hit with tariffs on Sept. 1. Knowing this, companies can ask factories to start making their T-shirts completely out of silk, Johnson said.

Companies have also been timing shipments to arrive earlier to evade the Sept. 1 deadline, according to Johnson. “Normally, holiday goods don’t come until September or October,” he said. “But companies started planning for that a year ago. People have been ordering early and have some product landed in August now.”

KPMG partner Andy Siciliano said apparel and footwear companies are especially accustomed to dealing with tariffs because the industry has been levied even before Trump was elected.

One strategy they can use, he said, is if a product costs more as it goes through the manufacturing process — $10 to be manufactured in China and $20 in Hong Kong — the company can make sure the 15% tariff is applied to the first cost by confirming with the vendor that it will be eventually sold in the U.S.

But Lamar said even with the mitigation strategies, companies will still be facing higher costs.

“A sudden 15% tariff on [$9 out of every $10] worth of apparel from China will also trigger cost increases from other major suppliers, either by forcing costs up as companies shift to [other] countries and run into capacity constraints or by giving suppliers in those other countries a pricing advantage,” he said.