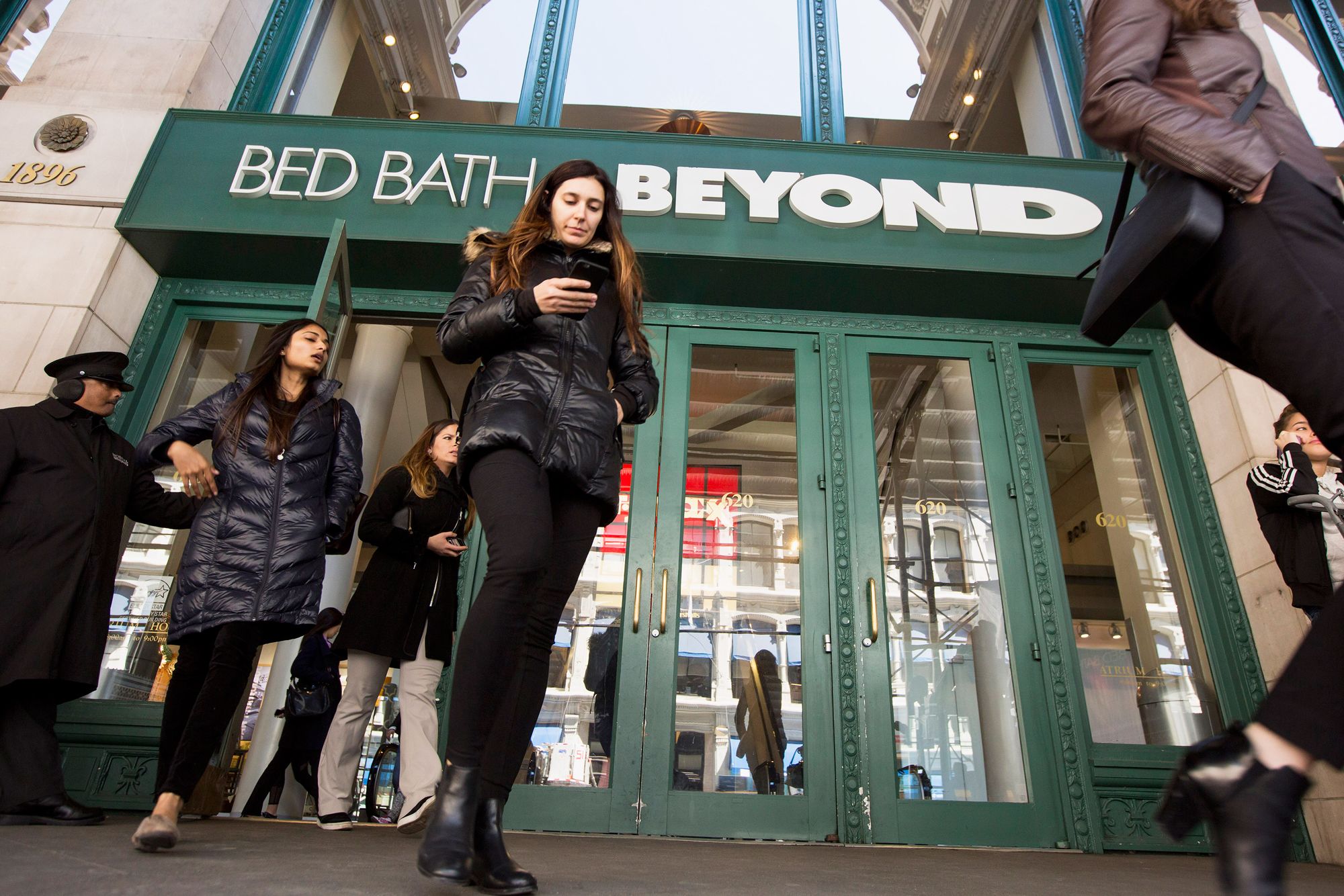 Shoppers exit a Bed Bath & Beyond store in New York.

The trio of activist investors pushing for changes at Bed Bath & Beyond on Friday unveiled a detailed case for why shareholders should elect their slate of board nominees, portraying current leadership as inept and unable to keep up in an evolving consumer landscape.

In over 150 pages, the team of Legion Partners, Macellum Capital Management and Ancora Advisors faulted CEO Steven Temares for more than a decade of underperformance, critiqued the company’s “stale retail perspective” at the mercy of e-commerce giant Amazon and billed its own host of board nominees as experienced industry experts.

The presentation represents the latest in a string of barbs between the activist triad and Bed Bath & Beyond, which has defended its business practices and announced an overhaul of its board earlier this week.

The home-goods retailer said Monday that, in response to shareholder feedback, five of its current directors will step down and be replaced with independent directors. The new board, the company said Monday, will reflect “significant diversity” and have an average tenure of less than four years.

“The Company’s Board of Directors and management are open to value enhancing ideas from all shareholders, and will carefully review the merits of the Activist Group’s presentation for opportunities to incorporate their feedback into its plan,” Bed Bath & Beyond said in response on Friday.

“It appears that most of the operational areas targeted for improvement include actions the Company is already taking as part of its transformation plan, which are already well underway, or have been substantially completed,” the company added. Bed Bath also said it’s tried to engage with the activist group and solicit their input, but that the offer to participate was declined.

The activists say the company’s announced board shake-up is “too little too late” and fails to replace Temares, seen by the investors as an important hurdle to unlocking shareholder value. Ancora, Legion and Macellum spent several pages of their report attacking the CEO for presiding over 15 years of unimpressive equity and operational performance, “stagnant” same-store sales and a record of “gross overcompensation.”

“Historical performance demonstrates Bed Bath & Beyond’s Board and management have failed shareholders,” the investors wrote Friday. “We believe Bed Bath has enormous potential under new leadership — our goal is to reinvigorate Bed Bath and restore a winning culture.”

The company’s shares are down more than 70% over the last five years. The stock fell 1.4% Friday following the release of the activists’ plan.

‘Stem the tide of value destruction’

According to their report, Temares and Executive Co-Chairmen Warren Eisenberg and Leonard Feinstein received $313 million in compensation over the last 14 years through fiscal 2017. The activist investors have nominated 16 directors they hope will replace Bed Bath’s entire board following the company’s annual meeting, typically scheduled the weekend before July 4.

“In our view, the board and CEO’s ‘plan’ does not seem comprehensive enough to stem the tide of value destruction,” the activist investor group wrote Friday. The “board changes appear orchestrated to keep in place failing CEO Steven Temares and his executive team.”

The activist trio, which owns about 5% of the company, says Bed Bath & Beyond should prioritize profitability and cash flow by streamlining costs and improvements to its supply chain and other sourcing initiatives. It also implored the company to develop a better customer interface through e-commerce investments and a better in-store experience.

These initiatives, they say, would result in over $5 of earnings per sahre and more than $600 million in annual free cash flow in three to five years.

A source familiar with the activist plan told CNBC in March that the group would like to see Bed Bath & Beyond work on its operations or potentially sell underperforming assets such as Buy Buy Baby and decor retail chain Cost Plus World Market.

More than one private equity firm has considered buying Bed Bath in recent years, people told CNBC, though no deal has materialized. In 2015, Leonard Green & Partners accumulated a stake in the company, a toehold failed to result in a deal despite speculation.

One Health uses precision medicine to treat dogs with cancer
Four questions to ask before you rent that Airbnb
To Top
error: Content is protected !!
Top