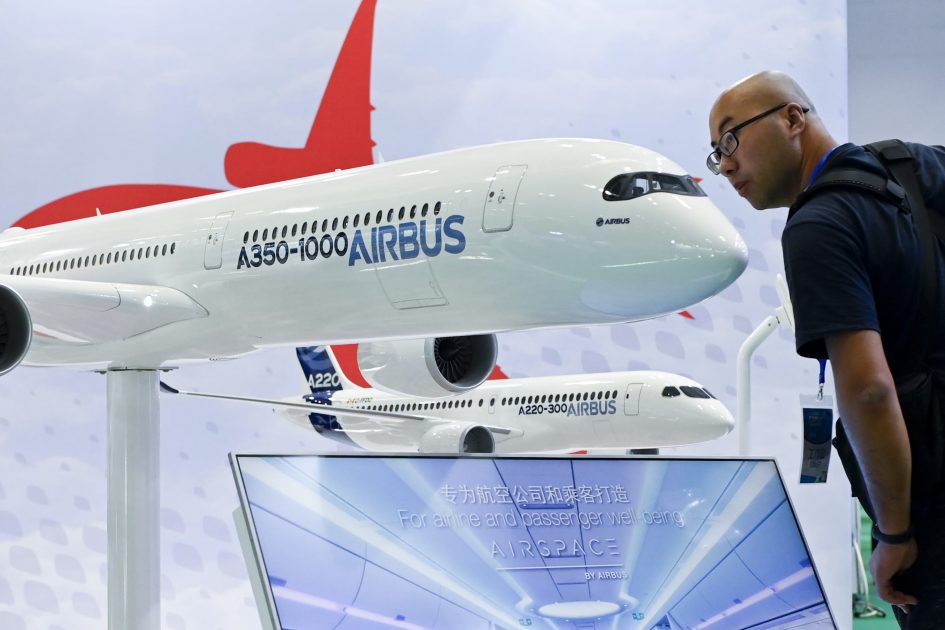 Airbus BelugaXL super transporter aircraft arrives for the first time at the company’s wing assembly plant at Broughton, near Chester, Britain February 14, 2019.Peter Powell | ReutersThe European planemaker Airbus upped its estimate for the number of new aircraft needed over the next 20 years, while at the same time lowering its prediction for the number of planes that will serve the skies.In its annual global market outlook released Wednesday, Airbus predicted that the world will need 47,680 jets by 2038 — a slight reduction on last year’s estimate out to 2037. At present, there are around 23,000 jets globally.The firm said while fewer planes will be required, more will need to be sold as airlines update fleets with more fuel-efficient models. Airbus breaks down the 2038 total to 39,210 new planes and 8,470 remaining from today. Seems to be 9 left overThe outlook also forecast that around two-thirds of new plane deliveries will be needed to satisfy a doubling of passenger traffic over the next 15 years. The remainder (36%) will be sold to replace current jets.Airbus sees single-aisle jet demand rising 4% to 29,720 planes, but cut its medium-sized plane forecast to 5,370.Within its large plane segment, Airbus predicts 4,120 new planes sold but no longer includes a separate forecast for Boeing’s ageing 747 or the recently halted Airbus A380.The Airbus projection offered no dollar value for the new business. On Tuesday, rival Boeing released its commercial outlook projecting $6.8 trillion worth of airplane sales by 2038 with a further $9.1 trillion in services.Mega-cities to drive growthThe reports highlighted “increased protectionism and other geopolitical risks” and a “weak air freight market” as two areas of concern for short-term growth.While Airbus slightly trimmed its 20-year forecast for passenger growth to 4.3% annually, it remains hugely bullish on the rise of passenger numbers — predicting a continuation of the current trend which sees passenger numbers double every 15 years.Helping this trend is an expected rise in people becoming wealthier as they move from the countryside to live in cities. Airbus cited a United Nations forecast which expects the global number of people living in cities to rise more than 27% by 2035, to around 5.6 billion citizens.Airbus sees a consequent rise of mega-cities, especially in Asia and Africa, as a main driver for the aviation network. It adds that the percentage of both short and long-haul travel will increase from airports serving densely populated areas.Carbon mitigation effortsAviation currently contributes 2% to 3% of the world’s manmade emissions of carbon dioxide (CO2), according to estimates.Airbus said in its report that the aviation industry “has worked diligently to limit its impact on the environment” claiming that planes are now 80% more fuel-efficient than those from decades ago.The firm added that the Carbon Offsetting & Reduction Scheme for Aviation (CORSIA) developed by the International Civil Aviation Organization (ICAO) will help the industry aim for carbon-neutral growth from 2020 onward.Now watch: Airbus is in a pretty healthy position