Allbirds, known for its wool sneakers, is getting into the apparel business 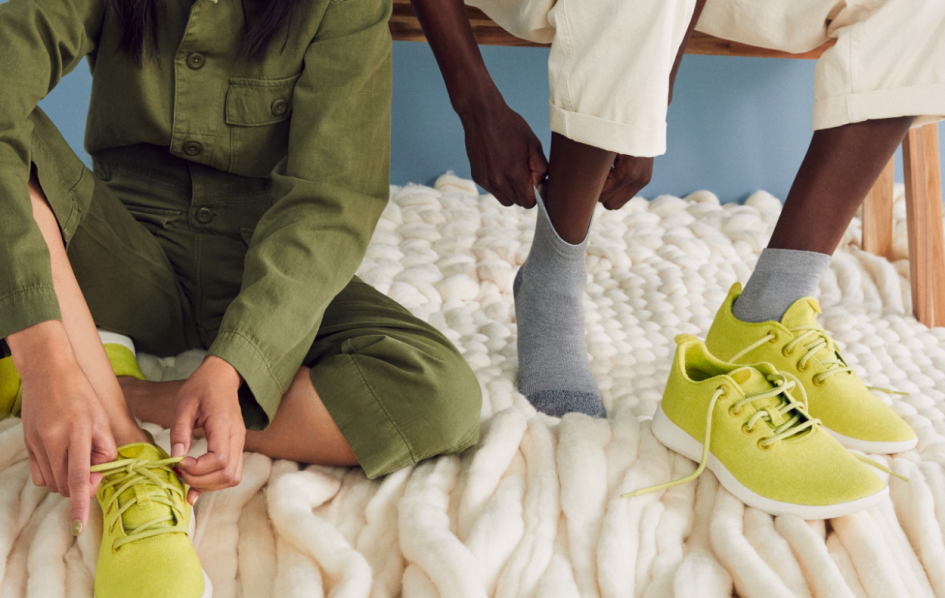 Allbirds, the San Francisco-based brand that’s amassed a cult-like following of people who wear its comfy wool sneakers, is expanding beyond shoes — starting with socks.

The shoemaker said Tuesday it will begin selling three styles of socks, retailing between $12 and $16, online and at its five bricks-and-mortar shops in the U.S. Like its existing line-up of shoes, the socks will be made from sustainable materials — including plants and recycled plastic bottles. And they’re 100% carbon neutral, meaning there’s no net release of carbon dioxide into the atmosphere during production.

The company, recently valued at $1.4 billion, has always intended to grow outside of shoes, according to co-founder Tim Brown. “Allbirds has never been just about wool or just about footwear.”

“Socks are a start,” Brown said in an interview. “Apparel is a whole new business, a whole new supply chain. … Socks in many ways are obvious [for Allbirds]. … We are starting as a team to really grow.”

Allbirds’ move into a new category comes as other so-called Silicon Valley unicorns, which are private start-ups valued at north of $1 billion, expand beyond the products that made them famous.

Mattress maker Casper, valued at $1.1 billion, now sells night lights, bedside tables and dog beds. Luggage maker Away, valued at $1.4 billion, sells carry bags, and according to a recent job posting, was looking to hire a “head of apparel.”

“The brands that are the strongest — the ones with the best flywheel for sales — tend to grow outside of their categories,” retail subscription platform 2PM founder Web Smith said. Before branching out, however, brands should make sure they have “absolute command over the category you started in,” he said.

Another reason to move into new categories is to be able to reach shoppers who might not be able to afford the brand’s core product, according to Web. Not every person will buy a $1,200 mattress from Casper, he said, but maybe shoppers will go for one of the brand’s pillows or bedside lamps.

Most important for Allbirds continues to be its focus on utilizing quality materials, like the merino wool it sources from New Zealand, tree fibers from South African farms and sugarcane from southern Brazil, according to Brown. The new socks are made from a proprietary yarn called Trino, which Allbirds made by blending its existing tree and merino materials.

“We didn’t invent wool. We didn’t invent shoes,” he said. “But we’re bringing this idea of material invitation,” to the masses. “As a company, we can show that you can build a sustainably minded business. … There’s a growing conversation around the environment and the need for businesses to find a better way to make stuff.”

Consumers are increasingly thinking about how the things they’re buying are made.

Forty percent of consumers said sustainable materials were either “very” or “somewhat” important when thinking about buying shoes, according to a February survey from The NPD Group. A little more than 25% of people said they would pay a small premium to have sustainable footwear, too.

Other brands jumping at this opportunity include Rothy’s and Greats, which both make shoes out of recycled plastics.

Having officially launched in March 2016, Allbirds sold its millionth shoe in just two years in business. The team has raised $77.5 million to date, according to data from Crunchbase, with actor Leonardo DiCaprio participating in Allbirds’ latest fundraising, a Series C round, in October.