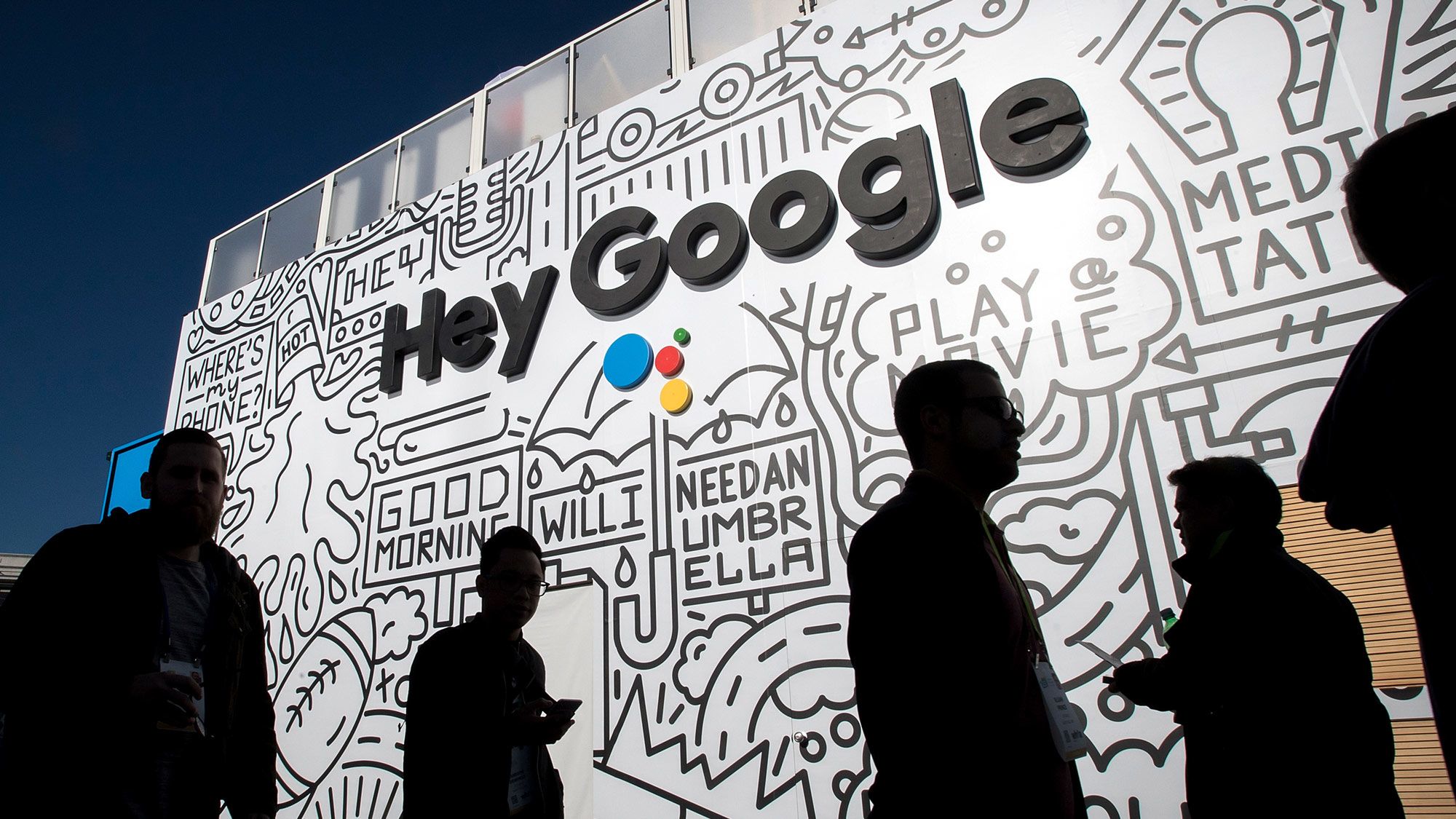 The silhouettes of attendees are seen at the Google booth during the 2018 Consumer Electronics Show (CES) in Las Vegas, Jan. 11, 2018.

Alphabet, the parent company of Google, is set to report first-quarter earnings after the bell on Monday. Company executives will discuss the results with analysts at 4:30 p.m. Eastern time.

Sales likely increased 20% from a year earlier, according to analysts’ estimates, driven by continued spending on mobile search and ads for shopping and travel.

The company’s persistent growth, even in a market as mature as search, has pushed the stock price to a record after a slide late last year. The stock has gained 24% this year, joining a broader rally across the tech industry. Whatever concern investors have about potential regulations of U.S. tech giants isn’t playing a significant role in how they currently value Alphabet.

In Monday’s report, investors will be paying close attention to traffic acquisition costs (TAC), which are the fees Google pays to partner sites, as that number has a significant impact on Alphabet’s profitability. Analysts expect the company to report an increase in TAC of 16% from a year earlier to $7.26 billion, representing a slight decline from the fourth quarter.

Cost per click (CPC) on Google’s properties, which measures the amount that Alphabet charges advertisers for ads served on its sites, has been declining. It’s a metric that investors use to gauge the health of Google’s ad business, as it faces competition both from giants like Amazon and emerging companies like Pinterest.

Google has pinned much of its future growth on the emerging areas of its business as CPCs decline. The company’s hardware and cloud businesses are typically included in Google’s “other revenues” segment, where analysts expect to see growth of 30% to $5.67 billion, according to FactSet. Alphabet’s so-called “Other Bets,” which include its self-driving startup Waymo and health venture Verily, remain very small, with revenue expected to come in at $172.2 million, up from $150 million a year ago.

After last quarter’s earnings report, shares of Alphabet fell because of higher-than-expected capital expenditures and a lower operating margin.

A big chunk of Google’s costs in recent quarters has been dedicated to bolster the company’s cloud business, which is trying to keep pace with market leaders Amazon Web Services and Microsoft Azure. Longtime Oracle executive Thomas Kurian was named CEO of Google’s cloud group in November. He said at a conference in February that Google’s cloud business will “accelerate the growth even faster than we have to date.”

Separately, Alphabet stands to gain billions of dollars from its investments in two of biggest tech IPOs this year: Uber and Lyft. It owns about 5% of each company.