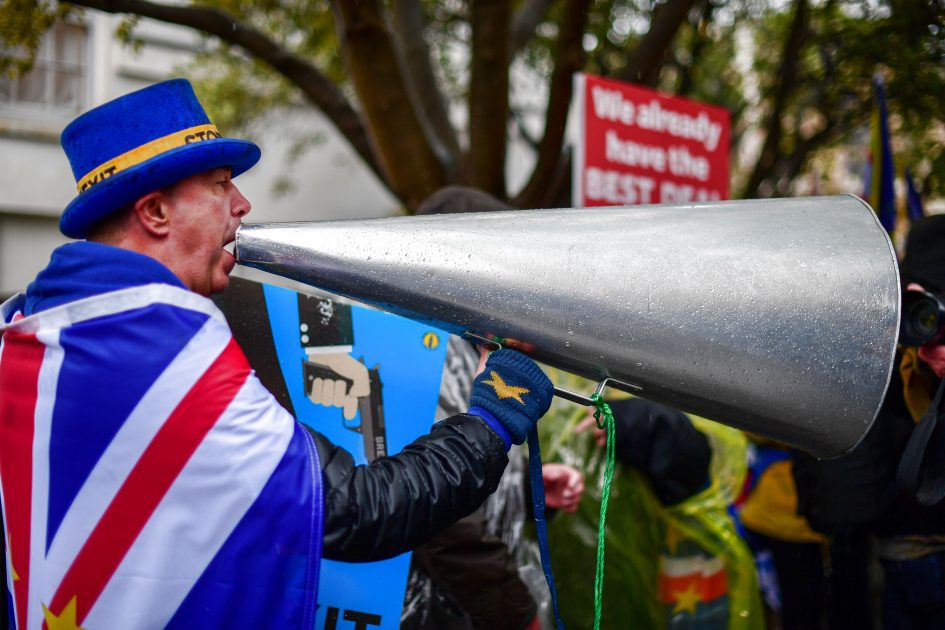 Steve Bray, a political activist, shouts anti-Brexit slogans through a megaphone near the Houses of Parliament in London, U.K., on Tuesday, March 12, 2019.

The U.K.s National Health Service announced a partnership on Wednesday with Amazon to make it easier for people to get health advice using Alexa voice technology.

The idea is to help people with disabilities, including mobility or vision impairments, so they can search for health information via the NHS’ website and answer questions like “Alexa, what are the symptoms of the flu?”

The U.K.’s health secretary Matt Hancock, who helped spearhead the initiative, noted on Twitter that the partnership would “empower people to take better control of their health.”

But not everyone is convinced that the tie-up with Amazon Alexa is a positive step for UK citizens, or the NHS.

In Europe, privacy is a major priority for both regulators and consumers. And Amazon’s track record on privacy has been spotty: For instance, Amazon employees reportedly listened to snippets of recordings from the company’s voice assistant. (Amazon noted in response that employees don’t have direct access to the information, and they can’t identify specific individuals.)

Hancock stressed in interviews that individual privacy will be safeguarded via encryption, and other tools.

But that hasn’t stopped privacy advocates from expressing their concerns:

Some Brits have also spoken out about whether the NHS leadership should be forging deals with technology companies, rather than fixing some of the major structural issues with the health system.

Currently, the NHS is facing rising demand for its services from an aging population, a dispute over pensions for doctors, disputes about pay for nurses, budget cuts, and a shortage of providers, particularly that provide social care. And that’s just the beginning.

One Twitter account, NHS Million, which bills itself as a “grassroots campaign” for staff of the NHS, issued a tweet to request that the Health Secretary focus his attention elsewhere, and on these systemic issues. That tweet has now been retweeted almost two thousand times.

That said, some have welcomed the initiative as part of an ongoing effort to bring the NHS into the digital era. Similarly to the U.S., the NHS has rolled out programs to improve its ability to exchange electronic medical information between its hospitals and to improve how it connects to consumers.

One of the hopes behind the Alexa partnership is that those who did not need to go into the emergency room, which is highly costly, will instead opt for primary care or to recover at home if they receive the right health information.