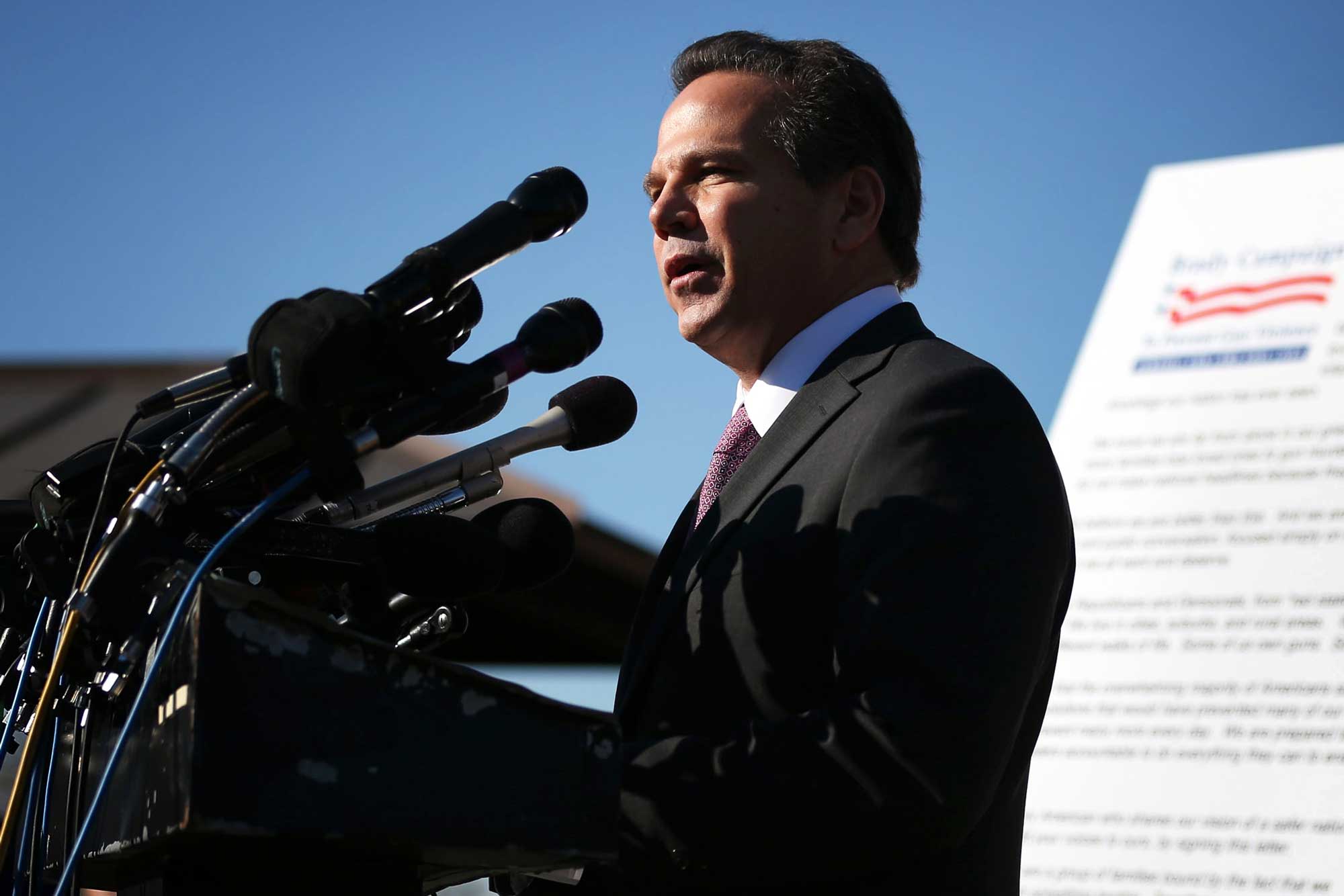 Just two months before lawmakers grilled executives from Amazon, Apple, Facebook, and Google at a hearing held as part of a broader antitrust probe, some of Amazon’s top executives made donations to the chair of the subcommittee leading the investigation.

Over a three-week period starting in late May, five senior executives from Amazon made individual contributions to Rep. David Cicilline, the Democrat from Rhode Island who’s leading the House antitrust investigation into major tech companies, public filings show. Cicilline became the chairman of the House Judiciary Committee’s Antitrust, Commercial and Administrative Law Subcommittee in January, when Democrats regained control of the House.

No executive from other companies under the House antitrust investigation — Apple, Facebook, and Google — made individual contributions to Cicilline’s campaign this year, filings show.

The donations serve as an example of how companies and executives work behind the scenes with lawmakers to try to advance their corporate interests — albeit with mixed effectiveness. Corporate officers have always made individual campaign donations, but experts say the timing of Amazon executives’ payments likely reflects the company’s heightened urgency over growing regulatory scrutiny.

“It suggests a greater sense of pressure or threat of regulation from Congress, especially given the growing bipartisan attention being directed to this issue,” said Alexander Hertel-Fernandez, a political science professor at Columbia University.

Amazon’s spokesperson declined to comment for this story. Cicilline’s representative told CNBC in an email that, on the day the subcommittee launched its antitrust investigation, the chairman put in place “a formal policy of refusing campaign contributions from companies and executives that may be subject to scrutiny.” The donations by Amazon executives were made before the antitrust probe announcement, and before the July hearing was scheduled.

Amazon executives have other reasons to support him. Cicilline introduced the Equality Act, which prohibits employee discrimination on the basis of sexual orientation or medical condition, and was a key supporter of raising the federal minimum wage — two initiatives the company supports. Those are the only two issues that all of Amazon’s registered lobbyists have lobbied for in the past, according to a person familiar with the matter.

At the same time, filings show that only one Amazon executive has donated to Cicilline in the past: Vice President of Public Policy Brian Huseman contributed $250 in 2012.

Hertel-Fernandez noted that while these individual corporate donors are common, the contributions aren’t typically intended to change the lawmakers’ minds on a particular issue.

Rather, they are used as an “important means to secure access” to the members, so the company could make their case against tighter regulation in person, he said.

In fact, several researchers have found that campaign contributions could help get more face time with lawmakers. A 2015 report by two political science professors, Joshua Kalla and David Brookman, wrote that senior policy makers were three and four times more likely to meet with their political donors than those who were not.

“Our experiment suggests that campaign finance rules allow those who can afford to donate to political campaigns a special advantage to obtain this coveted opportunity,” the report said.

For Amazon, there’s a lot at stake. Regulators have stepped up their efforts to scrutinize Amazon’s expanding market power in recent months. Alongside the House investigation, both the Federal Trade Commission and the Justice Department are looking into Amazon’s potentially anticompetitive behavior, while the EU has also launched a similar probe recently. On top of that, Amazon is facing a growing number of lawmaker complaints over its business practices.

Amazon’s most senior executives made contributions to other lawmakers as well. In May and June, eight different Amazon executives, including its policy and communications chief Jay Carney and VP of public policy Brian Huseman, made donations to Mark Warner, a Democratic senator of Virginia, where Amazon’s second headquarters is located, according to public filings. In recent years, Amazon executives have also contributed to Congress members in different states, like Colorado, Utah, and Washington.

President Trump faced a similar question when he signed an executive order supporting the controversial Keystone XL oil pipeline project, shortly after the election. Oil companies and the broader energy sector were major contributors to his campaign.

Researchers, however, question how effective these efforts are. While it’s almost impossible to find the exact correlation between corporate donations and policy decisions, a 2017 study by political science professors at the University of Chicago and Northwestern University concluded that the quid-pro-quo narrative is hard to establish. One of the main findings was that large corporate donors saw little stock price increases when their preferred candidates won the election.

“I would suspect, given our evidence, that these donations do not meaningfully distort policy or the positions of candidates,” Anthony Fowler, one of the authors of the report, told CNBC.

Cicilline, at least for now, doesn’t seem to favor Amazon. Following the July antitrust hearing, Cicilline said in a statement that he wasn’t happy with the company’s testimony during the hearing, citing “lack of preparation” and “purposeful evasion.”

“I was deeply troubled by the evasive, incomplete, or misleading answers received to basic questions directed to these companies by members of the subcommittee,” Cicilline said in the statement.

David Primo, a political science professor at the University of Rochester, said that the company’s political interest should be measured by its lobbying efforts, not just through individual donations. Apple, for example, doesn’t even have a political action committee (PAC) and CEO Tim Cook is known for not donating to political candidates. Meanwhile, every major tech company has significantly increased their lobbying spend, with Google, Amazon, and Facebook all ranking among the top 20 corporate spenders on lobbying last year.

“The real influence in Washington comes from making sure your ideas get in the hands of the right people — and that is what lobbying does,” Primo said.

One person noticeably missing from all Amazon contributions is CEO Jeff Bezos. His only donation this year was the $5,000 to his space company Blue Origin’s PAC. The only two policymakers that received his donations in the past three years were Republican Colorado Senator Cory Gardner, and Democratic Washington Senator Maria Cantwell.

Jorg Spenkuch, a political science professor at Northwestern University, said it’s hard to know the motives of individual executives, but Bezos’s absence could help avoid any unwanted attention from Trump, a frequent critic of Amazon’s CEO.

“Giving to Democratic candidates might make Bezos even more of a target for Trump than he already is,” Spenkuch said.