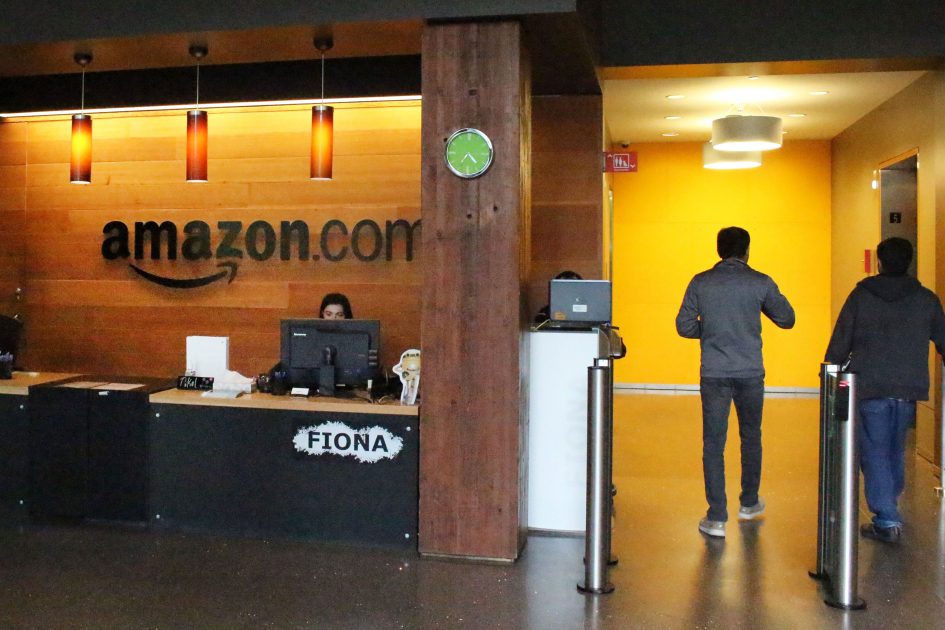 A reception desk at Amazon offices in downtown Seattle, Washington.

Zumwalt left Amazon last week, according to people familiar with matter who asked not to be named because the news hasn’t been made public. Zumwalt recently updated his LinkedIn profile to say that he left this month.

His move comes at a tricky time for Amazon. The company, which had a record $10 billion in net profit last year and is now sitting on over $40 billion of cash and equivalents, is entering another heavy investment cycle as it looks to make one-day delivery the default for Prime members. At the same time, Amazon is dealing with macro uncertainty because of the trade war with China, global recession concerns and growing regulatory scrutiny around its business practices.

Zumwalt didn’t respond to inquiries from CNBC as to why he left or where he’s headed next. One person said he doesn’t have any plans to join another company at this point. Tony Masone, who joined Amazon as assistant treasurer in 2016 after a long career at General Electric, has replaced Zumwalt and now has the title of treasurer, according to his LinkedIn profile.

In an interview with Acuity Magazine in June, Zumwalt said that in addition to the primary duties of a treasurer, he was also in charge of Amazon’s global insurance program for third-party suppliers and some internal “fintech initiatives,” such as its currency converter app. On his LinkedIn page, Zumwalt says he “built and scaled the treasury department” as the company grew from $5 billion in revenue to over $200 billion.

His team was spread across the U.S., Luxembourg, and India and managed relationships with over 45 banks globally, he said in the Acuity interview. At a conference this year, Zumwalt compared the size and scale of Amazon’s cash balance to that of a “financial institution.”

Zumwalt started his career at Bank of America and later served as the treasurer of Wind River, which Intel acquired for $884 million in 2009. He also sits on the board of the United States Tennis Association.