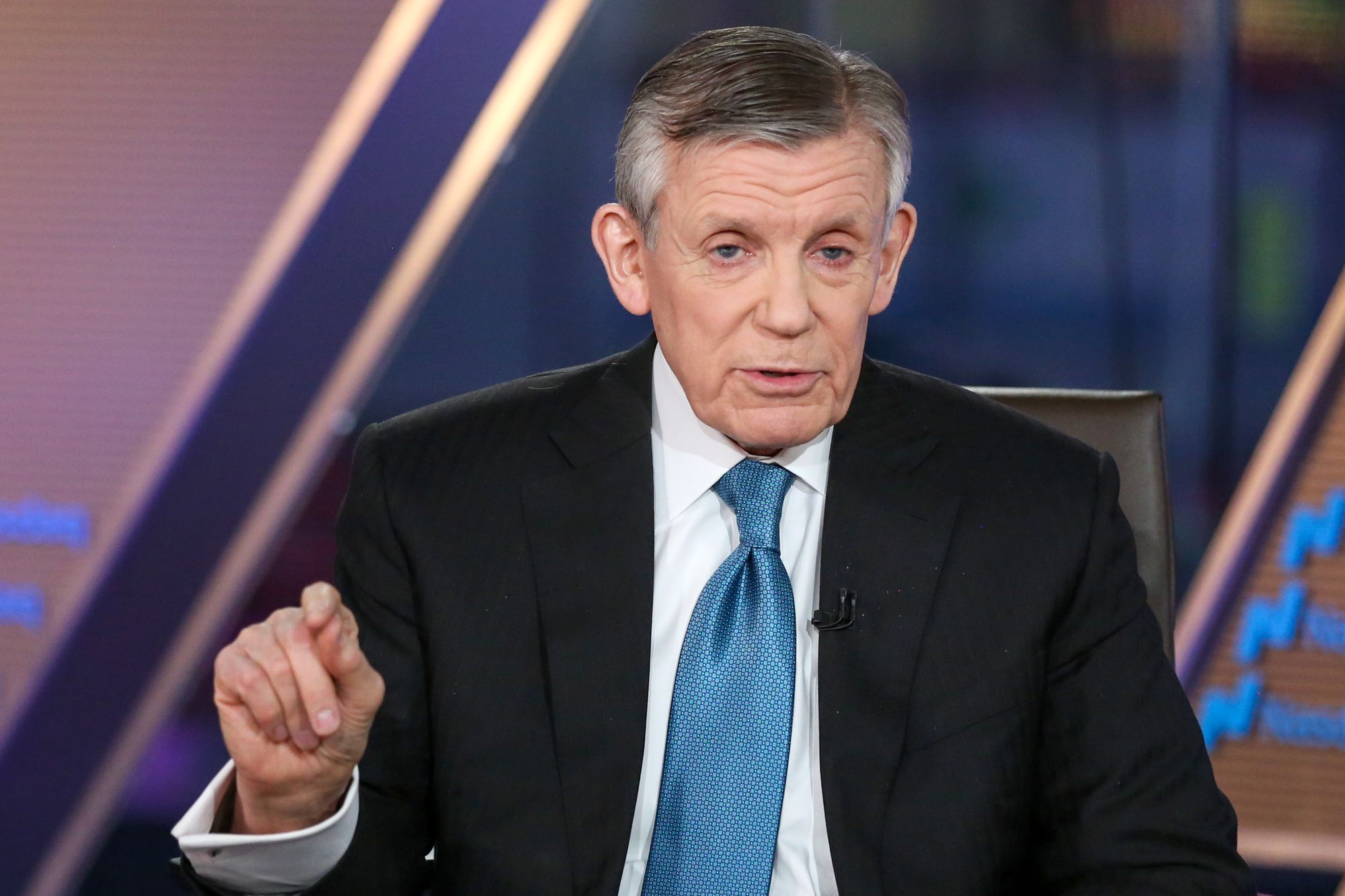 Nick Pinchuk, chairman and CEO of Snap-on, is worried about the future of manufacturing work in America—not because of all the obsessive talk of industrial robots wiping out jobs and the impact of a trade war. Instead, Pinchuk sees a much bigger problem for the future of blue-collar jobs than sound bites at a time when 500,000 jobs remain open in the sector: Too many Americans don’t want to do the work themselves.

Robots are increasingly being used by Snap-On in its operations, but the company that employs 12,600 has not laid off an employee since before the Great Recession began.

Only 30% of Americans want to work in manufacturing, Pinchuk told attendees at CNBC’s @Work Human Capital + Finance conference in Chicago on Tuesday, citing data from the National Association of Manufacturers. When Americans talk about support for manufacturing jobs, Pinchuk says there is something that most believe but do not want to say out loud: “This is what other people’s kids do.”

“It is a PR problem,” he said. “People view these jobs as welders or mechanics as the consolation jobs of our society. These jobs are not a consolation prize.”

Part of the problem is the messaging on the value of a college education, the Snap-On CEO says, citing data from the New York Federal Reserve Bank, which is often touted and shows that college grads make significantly more than non-college-educated Americans. Pinchuk says that may be true, but the numbers are skewed by very high-income Americans being included in it.

For more on tech, transformation and the future of work, join CNBC at the @ Work: People + Machines Summit in San Francisco on Nov. 4. Leaders from Dropbox, Sas, McKinsey and more will teach us how to balance the needs of today with the possibilities of tomorrow, and the winning strategies to compete.

In Asia and Europe young people are guided into technical careers, put on a mechanic track or an aircraft factory track from early in life. “They really guide people in other countries. We don’t do that,” Pinchuk said. He thinks the 500,000 jobs currently open in manufacturing will grow in number if society does not figure out a way to destigmatize these jobs. The U.S. is good at one thing that can help reverse the trend: selling. “We need to do what we do well, and we sell. These are great careers,” he said.

He also said schools are not teaching the skills that companies want, and that leaves many workers unavailable who would otherwise be willing and able to do the work if they had the skills.

Snap-On has endorsed 46 different technical curricula to bring more workers into manufacturing, from autos to oil. Pinchuk refers to them as “stackable skills.”

He said that for many Americans, the view of manufacturing that persists comes from 19th-century novels about industrialization. “What we need to do is convince people that when they enlist in a factory or garage … it is not dark, dumb and dirty, but bright and smart and you have to be pretty capable to work there.”

What we need to do is convince people that when they enlist in a factory or garage … it is not dark, dumb and dirty, but bright and smart and you have to be pretty capable to work there.

Pinchuk’s view about the future of blue-collar work runs counter to notions that automation will wipe out many of the jobs. The Snap-On CEO says there simply is not enough evidence to support the idea that workers will someday have to go on the government dole in a robot takeover.

“There is a class of social visions, belief that the creative class will be on the dole. We don’t see that. We see robots as helping people because when we see the customization among 70,000 tools, it requires human intervention. … We have rapid, continuous improvement.”

Those improvements are taking place in the robots. Pinchuk noted a Snap-On factory in Tennessee where robot output was doubled, but the work continues to require human intervention and upskilling. “We are adding workers today. We think we will add as many workers in 10 years.”

“People are wrong about robots,” he said. “People speak of singularities and disruptions. Many singularities are forecast, but the ones that come true are few, and the timing is always uncertain.”

He prefers to focus on today. “We know the new technology in the factory now and the skills gap, and our job is to take advantage of what is available right now and look at productivity numbers. They need to be upskilled to the point that they use the best technology for today, and then when tomorrow comes, figure that out. Don’t be distracted by tomorrow. There is plenty of time.”

Pinchuk’s views on the nature of manufacturing jobs are part of a larger philosophy about the dignity of work, which he said makes it accurate to refer to him as an evangelist.

“If you’re the head of a company and you say that people are your most important asset, on occasion you have to act like it,” he said. “My senior leadership team needs to know that employees are the most valuable asset.”

He sees an employer’s basic responsibility in straightforward terms: giving employees the ability to keep their family safe, warm and dry; paying them well; giving them stability.

In addition to not laying off any employees since “well, before the recession,” Snap-On has been giving 3% annual raises. “Not huge,” Pinchuk said, but it is an aspect of compensation that the company thinks is critical to make sure it remains consistent.

The final aspect of work Pinchuk believes is critical, and often not associated with the manufacturing work that only 30% of Americans want to do, is meaning.

“You need to give people a reason to feel good about themselves and what they are doing. We tell people they are making some difference, we are the people of work, help working men and women, the makers and fixers who create society. We hold that dear. It is kind of dramatic, but our people believe it. We have people who put wrenches in the hands of newborn babies because they believe it will influence their lives forever.”