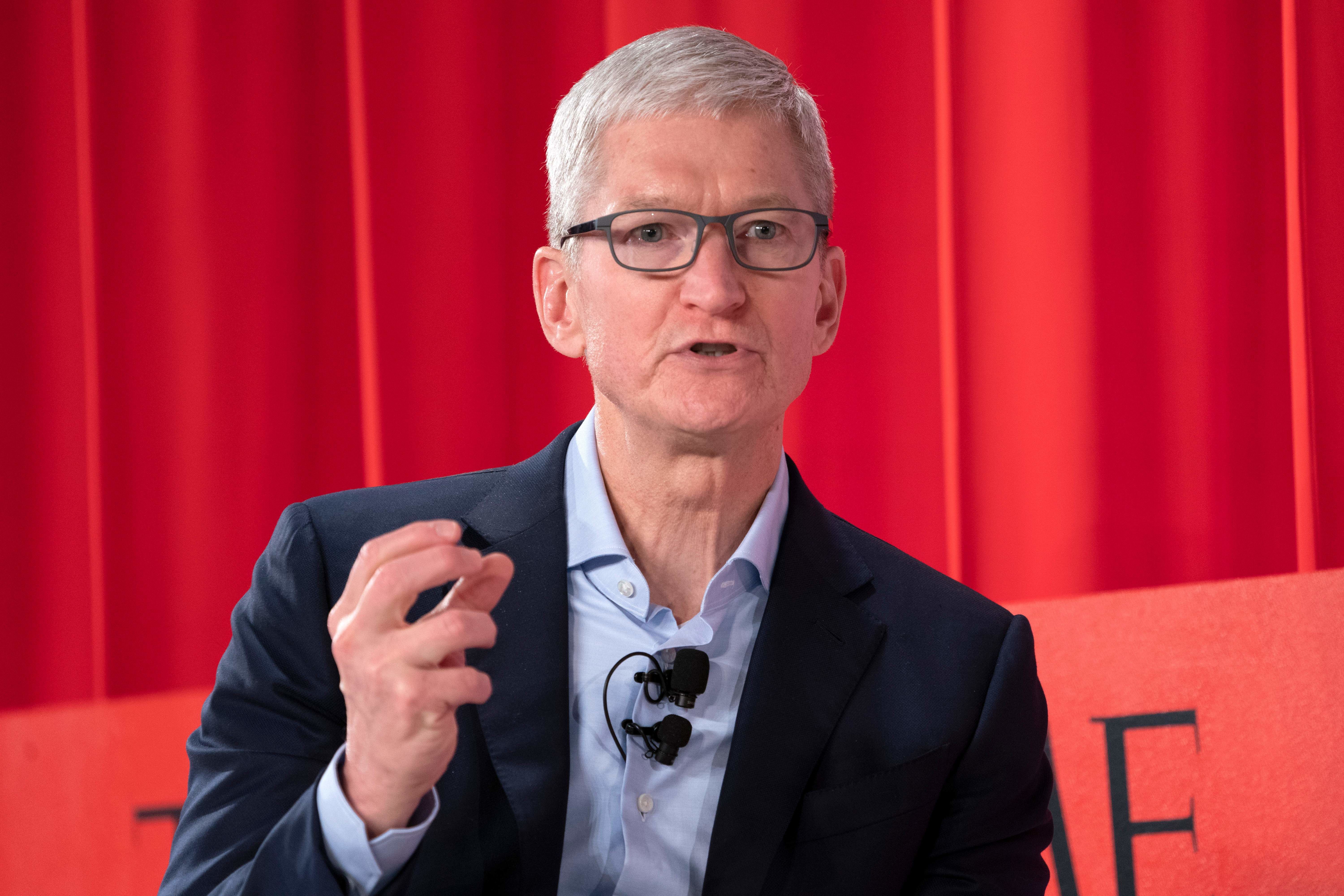 Apple’s iPhone is an incredible moneymaking machine. In the first three months of 2019, Apple sold $31 billion worth of iPhones.

At the same time, the iPhone is becoming less important to Apple’s total sales as the smartphone industry stalls globally.

iPhone revenue accounted for 53.5% of Apple’s revenue for the company’s fiscal second quarter, which it reported on Tuesday. Last year, during the same quarter, iPhones sales were 61.4% of sales, and in the most recent quarter that ended in December, it accounted for 61.7% of Apple’s total sales.

The smaller share of iPhone revenue indicates that Apple is getting more skilled at selling other hardware and software products to its installed base of 900 million iPhone users.

Part of the iPhone’s diminished importance on Apple’s balance sheet can be attributed to sales shrinkage. iPhone revenue was also down 17.33% year-over-year.

But part of it can be attributed to growth in other categories.

Apple CEO Tim Cook also highlighted two big and growing businesses during a call with analysts: Apple’s Services revenue, which includes subscriptions like Apple Music and iCloud, and Apple’s Wearables business, which includes hardware products such as AirPods and the Apple Watch.

“It was our best quarter ever for services, with revenue reaching $11.5 billion,” Cook said. Services revenue was up 16% from $9.19 billion in sales the same period last year. Apple has been emphasizing its services business as iPhone sales stall, and held an event in March to launch four new services, including two new video services and a credit card.

Wedbush analyst Dan Ives estimated that Apple’s streaming services could sign up as many as 100 million customers over the next three years.

Apple also had success with what it calls its “wearables” business, which includes AirPods, Apple Watch and Beats headphones.

Although Apple doesn’t break out that number by itself — it has a similar category that includes other accessories such as cords and HomePod — Cook said on Tuesday that wearables grew at a rate close to 50% during the quarter. AirPods and Apple Watch are the two most important completely new hardware lines for Apple, and they are selling well.

Apple can increasingly sell additional gadgets and software to its installed base of 900 million active iPhones. As Apple executives have said, that is now a critical number to understand the company — think of it as the closest stat to Apple’s userbase.

Apple  did not provide new installed base figure from its last update of 1.4 billion devices, but Cook did say that it hit an all-time record last quarter across all categories in an interview with CNBC’s Josh Lipton.

The message is clear: Apple still makes a majority of its money from iPhones, and that won’t change any time soon, but it has a lot of different ways to get Apple customers to open up their wallets, and those businesses are growing as the iPhone business shrinks. That dynamic puts Apple in a great position versus other smartphone makers who are facing the same industry-wide slowdown.