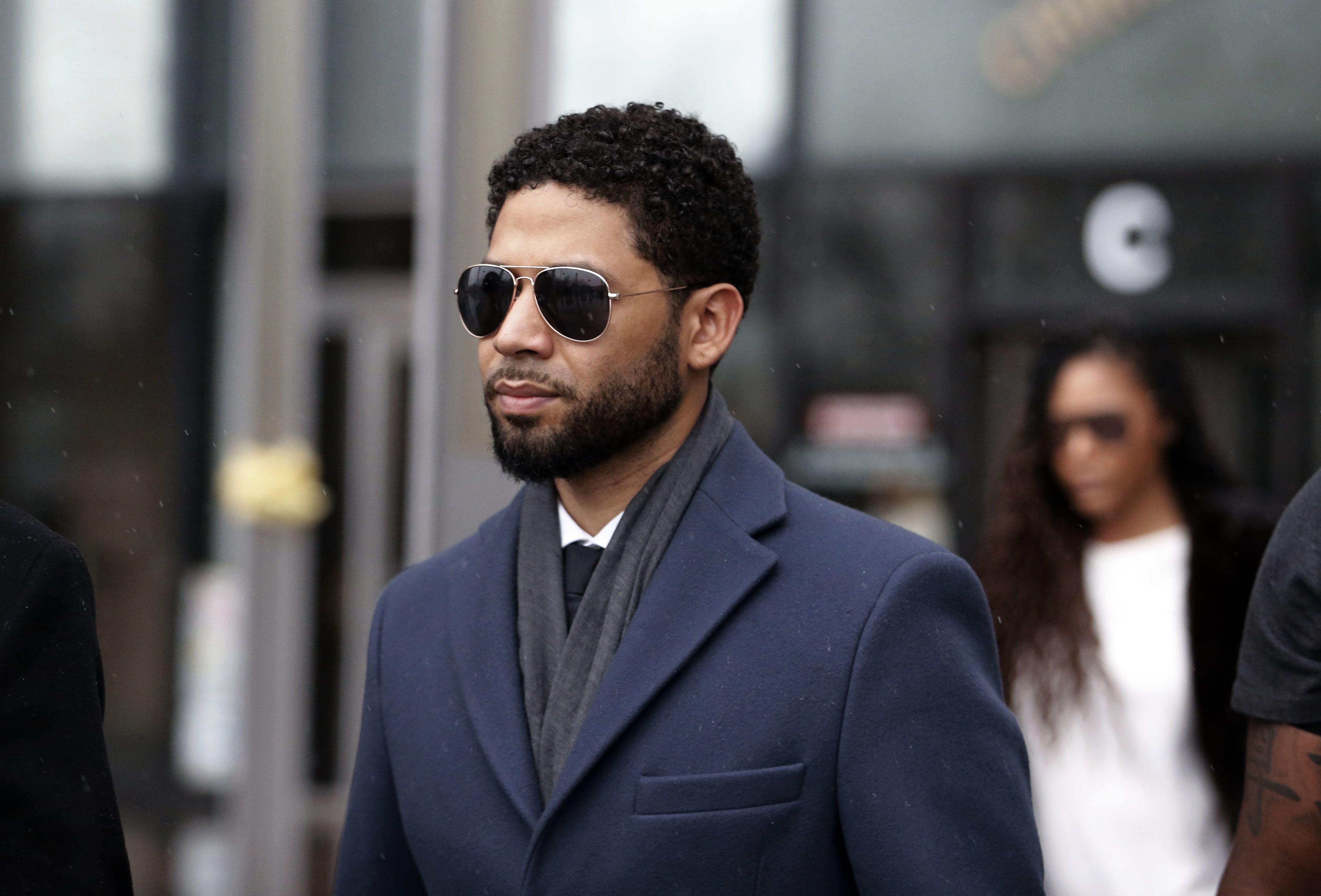 Actor Jussie Smollett leaves Leighton Criminal Courthouse after his court appearance on March 14, 2019 in Chicago, Illinois. Smollett stands accused of arranging a homophobic, racist attack against himself in an attempt to raise his profile because he was dissatisfied with his salary on the Fox television drama ‘Empire.’

“Empire” may have been renewed for a sixth season on Fox, but at least one actor won’t be returning to the show.

Jussie Smollett, who was arrested and accused of staging a phony hate crime against himself in March, is not going to be part of the musical drama next season.

“By mutual agreement, the studio has negotiated an extension to Jussie Smollett’s option for season six, but at this time there are no plans for the character of Jamal to return to ‘Empire,'” Fox Entertainment and 20th Century Fox Television said in a statement Tuesday.

The news comes just days after fellow cast mates Taraji P. Henson and Terrence Howard, among others, penned a letter to the network, asking for Smollett to be brought back.

“Together, as a united front, we stand with Jussie Smollett and ask that our co-star, brother and friend be brought back for our sixth season of ‘Empire,’ “ according to a letter obtained by Deadline.

“We understand the past months have been difficult to process — sometimes the headlines brought more confusion than clarity, yet we now have a conclusion to this ordeal,” the letter said.

In late March, criminal charges against Smollett were dropped and the case was dismissed in exchange for the actor agreeing to forfeit his $10,000 release bond. The actor had previously pleaded not guilty on March 14.

Smollett, who is black and gay, told Chicago police in January that he was attacked by two masked men as he was walking home around 2 a.m. The actor said the men beat him, shouted racist and homophobic comments, poured a chemical substance on him, looped a rope around his neck and then fled.

Two brothers, Ola and Abel Osundairo, were arrested in February for allegedly being connected to the attack, but later were released without charges. The Osundairos told police that Smollett wrote them a check for $3,500 to carry out the purported attack.