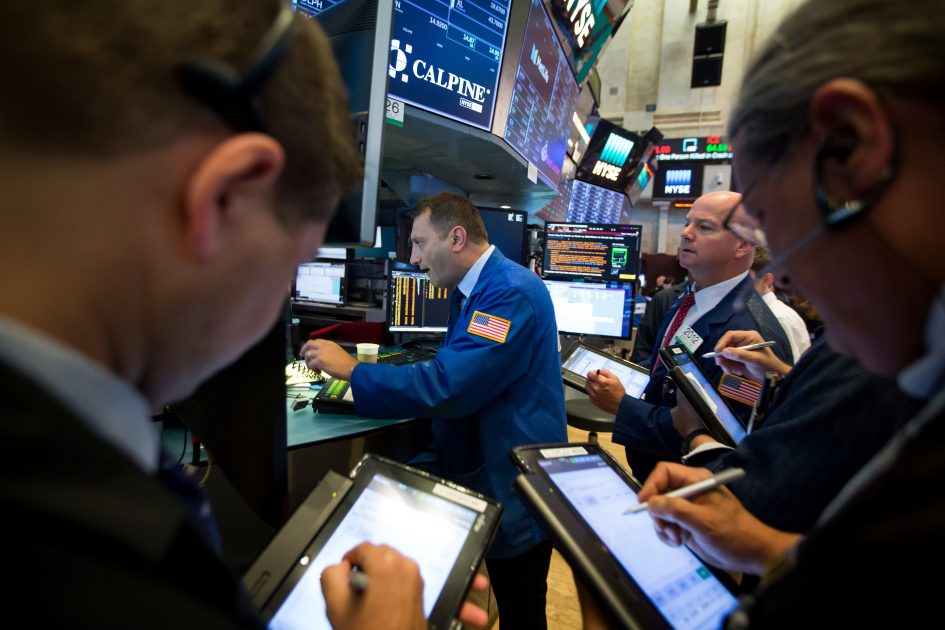 Apple — Apple rose 4.3% after announcing better earnings, sales and guidance than analysts expected. The tech giant reported earnings of $2.18 per share and $53.8 billion in revenue, as growth in services and wearables helped offset declining iPhone revenue. Wall Street expected $2.10 in earnings per share on $53.39 billion in revenue, according to Refinitiv. Apple also gave a guidance of $61 to $64 billion in revenue for next quarter, topping a Refinitiv estimate of $60.98 billion.

Electronic Arts — Shares of Electronic Arts jumped more than 6% after the video game publisher reported better-than-expected revenues. The company generated $743 million in revenue in its fiscal first quarter, topping analysts’ consensus of $719 million, according to Refinitiv. A 12% rise in net bookings for live services, including the publisher’s Apex Legends game, helped offset declines in other areas.

Molson Coors — Molson Coors plunged more than 8% on Wednesday, at one point hitting a 52-week low, after the brewing company whiffed on earnings. The beer maker reported $1.52 in earnings per share, excluding certain items, and $2.948 billion in revenue, a 4.4% decline from the same quarter last year. Wall Street was looking for $1.65 per share on $3.027 billion, according to Refinitiv.

Lattice Semiconductor — Shares of the chipmaker rose on the back of stronger-than-expected quarterly results. Lattice reported earnings per share of 15 cents on revenue of $102.3 million. Analysts polled by FactSet expected a profit of 11 cents a share on sales of $99.7 million. “We continue to drive operational improvements and we are also benefiting from strength in our communications, computing, and industrial markets,” said CEO Jim Anderson.

2U — The software company’s stock plummeted nearly 60% on a bigger-than-forecast quarterly loss for the second quarter and a downbeat outlook for 2019. 2U reported a loss of 42 cents a share while analysts polled by Refinitiv expected a loss of 35 cents per share. The company also expects full-year losses to range between $1.25 per share and $1.16. Previously, 2U expected to lose between 34 cents per share and 31 cents. CEO Christopher Paucek said 2U is setting itself on a “defined path to profitability by tempering short-term growth projections.”

Spotify Technology — Spotify shares fell 2.2% after the company reported weaker-than-expected subscriber growth for the second quarter. The music streaming giant grew its paid subscriber base to 108 million, short of analysts’ estimate of 108.5 million.

Criteo — Shares of the internet advertising company jumped more than 8% as investors cheered second-quarter earnings and revenue that beat analyst expectations. Criteo reported a profit of 47 cents per share on sales of $528 million. Analysts expected earnings of 41 cents per share on revenue of $222.6 million. The company said business from new clients helped offset slowing business with existing ones.

Dine Brands Global — Dine Brands fell 5.4% on weaker-than-expected results for the second quarter. The food-service company, which owns iHop and Applebee’s, pulled in $228.1 million in revenue and $1.71 in earnings per share. Analysts polled by Refinitiv had forecast revenue of $234.4 million and a profit of $1.81 per share. Applebee’s same-store sales fell 0.5% in the quarter. Dine Brands also lowered its full-year earnings outlook.

Akamai Technologies — Akamai Technologies shares jumped 7.6% after the company’s second-quarter results topped analyst expectations. The content delivery network and a cloud service provider reported earnings per share of $1.07 on revenue of $705 million. Analysts polled by Refinitiv expected a profit of $1 per share on sales of $695.8 million. Revenue from Akamai’s security business jumped 32% to $205 million in the quarter and revenue from the media and carrier division rose 4% to $325 million. The company also saw growth in its Akamai Edge platform from the growing video streaming market.

—CNBC’s Marc Rod and Jesse Pound contributed to this report.