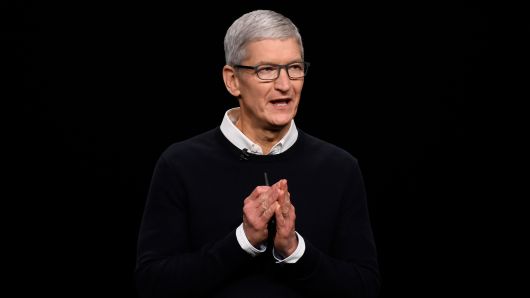 The deal would have been as much as a “few billion dollars,” but talks stopped recently, according to the report.

The news underscores Apple’s increased willingness to consider making large multi-billion acquisitions with its substantial free cash flow. It also has over $245 billion in cash, cash equivalents and marketable securities on its balance sheet.

Apple’s biggest historical acquisition was Beats Electronics and Beats Music in 2014 for $2.6 billion.

Intel currently provides LTE modem chips for Apple’s current generation of iPhones. But Qualcomm’s modem chips are widely considered to be superior, and Apple said it will buy Qualcomm chips again after a bitter legal battle between the two companies was settled last week.

Hours after the settlement, Intel announced that it would no longer develop its next-generation 5G modem chip.

“In light of the announcement of Apple and Qualcomm, we assessed the prospects for us to make money while delivering this technology for smartphones and concluded at the time that we just didn’t see a path,” Intel CEO Bob Swan told the Wall Street Journal.