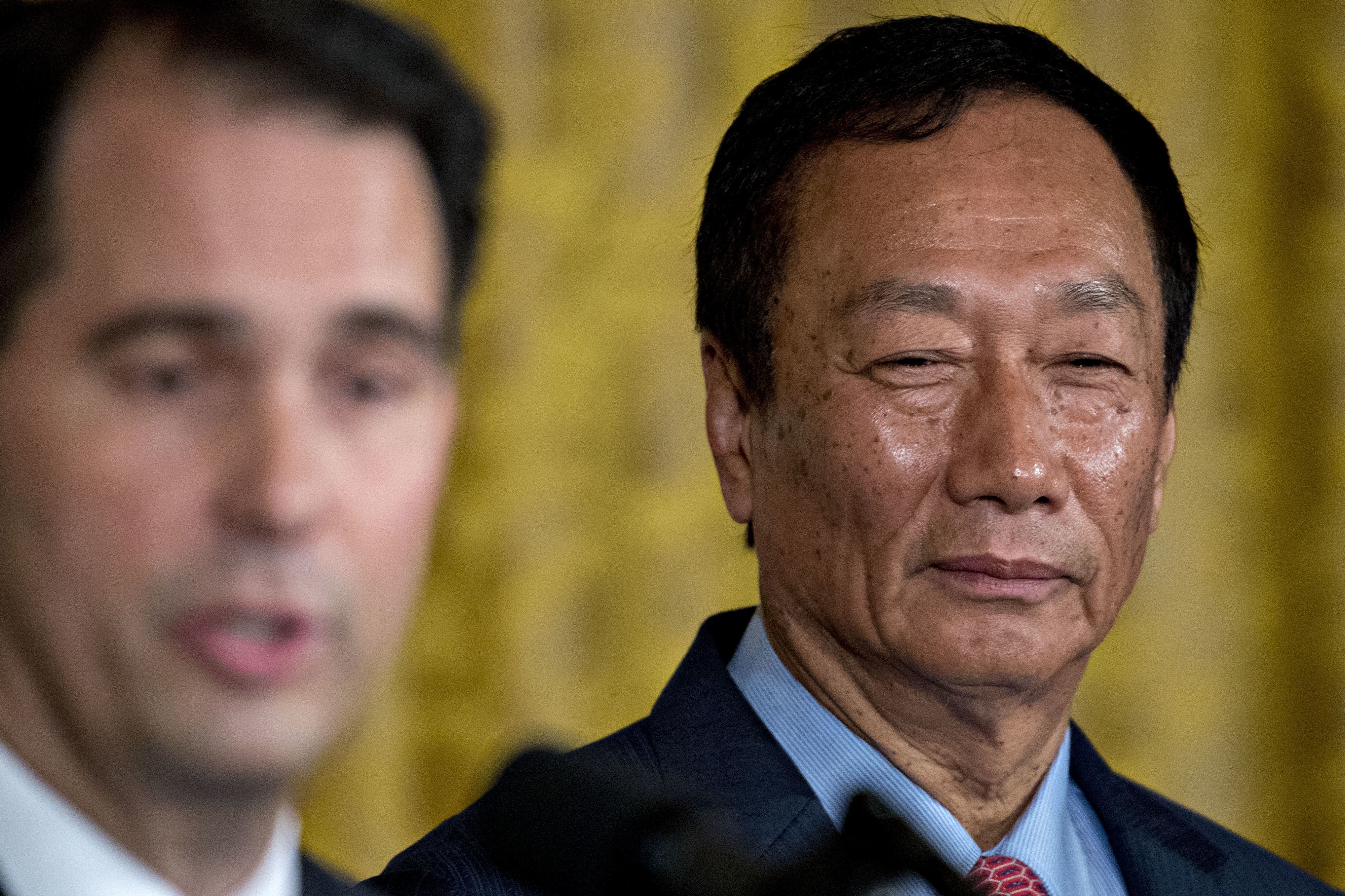 Billionaire Terry Gou, chairman of Foxconn Technology Group, right, listens as Scott Walker, governor of Wisconsin, speaks during an event in the East Room of the White House in Washington, D.C., U.S., on Wednesday, July 26, 2017.

Japan Display said on Wednesday that mobile display sales, which make up 73.3% of its total sales, were down 17.2% year-over-year. Japan Display blamed its sales decline on customers moving to OLED screens in flagship phones, instead of using traditional LCD screens. It also pointed to “the slowdown of China’s and the global smartphone market” and the “prolonged life cycle of smartphones.” Japan Display is asking for 1,000 employees to retire early by the end of the second quarter.

The global slowdown in phone sales has been attributed to rising costs in phone prices. Premium phones now cost more than $1,000, for example, and customers are holding on to devices longer. Bernstein’s Toni Sacconaghi said in February that iPhone owners are now hanging on to phones for three or four years. Research firm IDC said in February that 2018 was the “worst year ever” for smartphone sales, with shipments falling 4.1%.

Apple iPhones probably won’t be much cheaper in the future, either. Earlier this week, J.P Morgan said Apple would need to increase the cost of iPhones by 14 percent to offset the next round of tariffs, unless it absorbs the costs itself.

In an effort to offset the slowing sales, Apple has put a bigger focus on its services business with a new premium Apple News+ subscription offering, a new Apple TV Channels platform that rolled out this week which will provide it a larger cut of subscription revenues from services like HBO and Showtime, and an Apple TV+ library of original content that will roll out this fall.