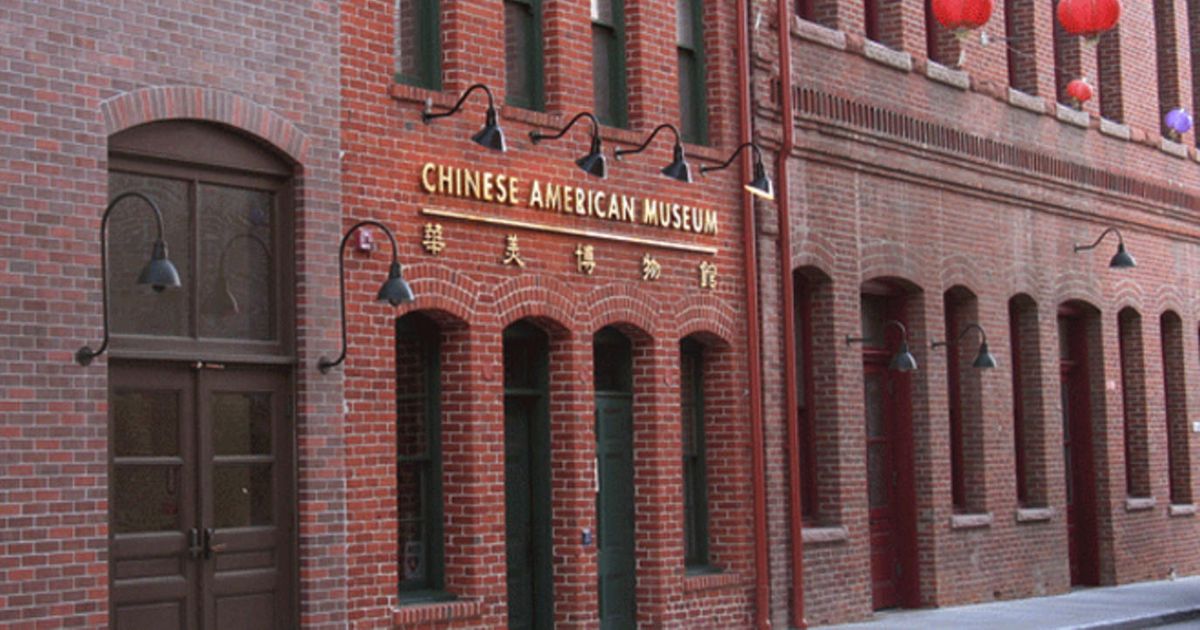 An artist whose expansive work of outdoor art was accidentally tossed away two years ago has sued the city of Los Angeles, the Chinese American Museum there and others in a federal case that could have reverberations for the future dismantling of artists’ projects.The artist, David Lew, known in the art world as Shark Toof, created a site-specific installation for the museum that was showcased in its 2018 exhibition Don’t Believe the Hype: LA Asian Americans in Hip Hop. His work, titled Year of the Shark Red Packet, consisted of 88 empty canvas tote bags to which he applied gold paint, and they were hung in a courtyard of the museum, somewhat resembling red lanterns on clothes lines. As the lawsuit notes, eight is considered an auspicious number in Chinese culture.The broader show, featuring nine artists, probed the themes of resistance, refuge and reinvention for Asian Americans living in the Los Angeles area. The city owns the museum site. According to the lawsuit, filed in US District Court in the Central District of California, Lew’s work was abruptly removed from the courtyard and discarded in the trash in December 2018 by a department of the city, El Pueblo de Los Angeles, under the auspices of the museum and the organisation Friends of the Chinese American Museum. The bags had gone on view in May.“On or about December 7, 2018, defendants recklessly, willfully and intentionally desecrated, distorted, mutilated, and/or otherwise destroyed the Year of the Shark Red Packet, in violation of Lew’s rights,” the lawsuit states. It says that Lew owned all rights and title to the 88 bags.“Defendants owed a duty of due care to plaintiff Lew to preserve the 88 pieces of art in the Year of the Shark Red Packet exhibit, and to remove them cautiously in a transparent process to preserve the artwork with Lew’s consultation and participation,” it adds.The lawsuit seeks financial damages but does not specify a specific amount. Lew did not respond to a request for comment, referring questions to a lawyer. Nor did the Chinese American Museum respond to a query.“It was unsupervised—neither the museum nor the city sent anyone there with a set of instructions or a brain,” says Lew’s lawyer, Les Weinstein.He says the lawsuit is based on the federal Visual Artists Rights Act, or VARA, which allows artists to seek damages if their work is destroyed or violated. What is somewhat unusual about the case, Weinstein says, is that the artist is seeking an injunction preventing the defendants from taking similar actions affecting other artists in the future.“One of the things the artist is asking the court to do is asking the court to issue an injunction against the city and this museum prohibiting it from ever taking down an exhibition again without the artist there to protect his interests,” he said in an interview. “If the court were to grant that injunction, they [the artists] would have to get sufficient notice and make sure their art is protected and not damaged and not thrown away. I believe that would be a first.”In a recent VARA case, a federal appeals court in New York affirmed the rights and monetary damages awarded to a group of graffiti artists whose works were destroyed without their consent or warning in 2013 at the 5Pointz warehouse complex in Long Island City, Queens. The US Supreme Court then declined to hear an appeal from the developer who had whitewashed the art. Lew told The Los Angeles Times that the 88 bags in his installation had been weathered by the elements, with the canvas fraying and the paint fading or cracking as part of a work about longevity. “Not being able to see these things after eight months, at the location, was gut-wrenching,” he told the newspaper.As custodians of art hanging in their courtyard property, the city and El Pueblo “knew of the art’s meaning to Lew and its resonance with the broader community, including the Chinese community in Los Angeles, as it formed a unique part of a long-showing and culturally sensitive exhibition in Los Angeles that reflected on the experience of Chinese Americans in Los Angeles,” the lawsuit states. “Despite this knowledge, none of the defendants gave notice to Lew that his art was to be removed.”The lawsuit mentions that 14 of the bags were not immediately destroyed, and it demands redress for them without specifying precisely what it is seeking. The Los Angeles Times reported that the bags had been placed in storage.The suit also targets unnamed entities or individuals who worked for the city or for El Pueblo “or for operations at their direction” who “participated in and are responsible for these negligent, grossly negligent, reckless and/or willful acts”.