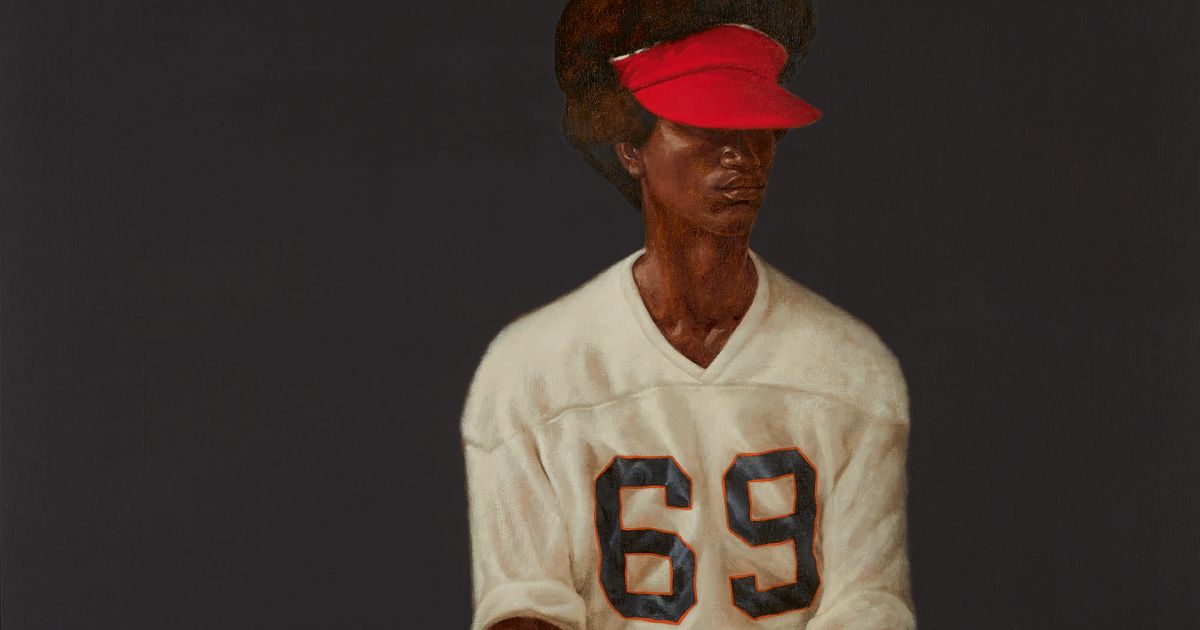 The last of Sotheby’s marquee livestream evening sales this year was concise and efficient with 25 lots out of 30 auctioned off in just over an hour. In keeping with the trend for cross-category sales at the moment, the works spanned 150 years across the Impressionist, Modern and contemporary periods, from an early Vincent Van Gogh of a Dutch windmill to a crystalline Matthew Wong painting made in just 2017. With five lots withdrawn just beforehand, including seven-figure works by Eduoard Munch, Milton Avery, and Paul Cezanne, the auction achieved an 83% sell-through rate—helped by fifteen guarantees—and totalled $63.3m (with fees), against a high estimate of $58.6m (calculated without fees)The bulk of the total came from the sale of Alexander Calder’s Mariposa (1951)—one of the artist’s twisting, biomorphic mobiles, it was the subject of a heated ten minute bidding war that almost doubled the work’s high estimate of $8m, fetching $15.6m ($18.2m with fees). Pablo Picasso’s Buste de Femme Assise (1962), a regal portrait of the artist’s muse and second wife Jacqueline Roque—the sale’s other star lot from the Modern period—hammered for $9.5m, comfortably within its pre-sale estimate of $8m to $12m.

Among the evening’s contemporary works, the sale set a new world auction record for Barkley Hendricks’s characteristically cool figure painting Mr. Johnson (Sammy from Miami) (1972), which made its first appearance on the market in more than 45 years. It hammered for $3.3m ($4m with fees), a little over its $3m high estimate, surpassing the artist’s previous record of $3.7m. Matthew Wong’s mesmerizing, soulful Pink Wave (2017), showing a lone figure engulfed by a vast ocean and giant pink bloom, also brought sustained bidding energy to the virtual sales room, continuing the frenzied attention to the artist’s market since he died in 2019. A slow, steady battle among prospective buyers sent the hammer price to over four times its high pre-sale estimate of $400,000 to sell for $1.9m ($2.3m with fees). The sale was otherwise muted, with many lots knocked down quickly, under their pre-sale estimates. A total of 12 lots came in below their estimates, including a Jenny Saville drawing that brought in $530,000 before fees, significantly beneath its $700,000 low estimate. Claude Monet’s Vernon, Soleil (1894), a quivering, watery vision of a church near the artist’s garden in Giverny, also slightly underperformed, going for a hammer price of $3.9m, just shy of its low $4m estimate. That may come as a disappointment for the Brooklyn Museum, which was selling the painting. It is the latest of their deaccessioned works to sell across a series of Sotheby’s sales that has so far made the budget-strained institution a total of $30.3m (with fees) to date. The sale saw activity from bidders in 23 countries, including, notably, particularly strong participation from Asia, which accounted for the sales of works by Calder, Mark Bradford, Wong, Josef Albers and Claude Lalanne, all of which went for within or over their estimates. According to Sotheby’s, Asian buyers were responsible for 40.6% of the evening’s total sale value. The auction also saw several bids from online buyers, one of which prevailed to take home Van Gogh’s 1882 The “Laakmolen” Near the Hague, which brought in just over $2m before fees, just surpassing its low estimate of $2m.

Artist sues Los Angeles and the Chinese American Museum for junking his work
Ronald Lauder presents major gift of European arms and armour to the Met
To Top
error: Content is protected !!
Top