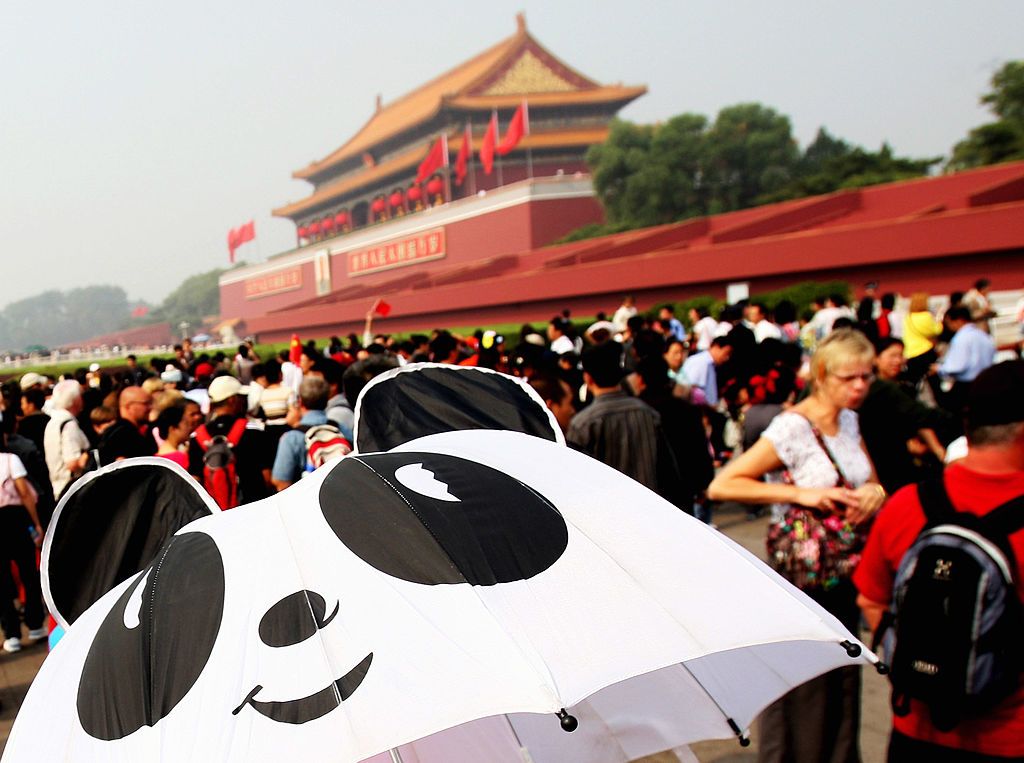 A tourist guide holds an umbrella featuring a panda pattern in front of Tiananmen Gate in Beijing, China.

China released second-quarter figures on Monday showing that its economy slowed to 6.2% — the weakest rate in at least 27 years, as the country’s trade war with the U.S. took its toll.

From April to June, China’s economy grew 6.2% from a year ago, the country’s statistics bureau said on Monday. That was in line with analysts polled by Reuters.

The second quarter growth was the country’s slowest pace since the first quarter of 1992, the earliest quarterly data on record, according to Reuters.

China’s months-long trade dispute with the U.S. is weighing on its economy.

Data on Friday showed China’s June exports contracted from a year ago due to higher U.S. tariffs. Imports into China also shrank sharply due to slowing domestic demand.

There are fears of an economic slowdown globally if the U.S.-China trade war persists.

Weak second quarter Chinese economic growth “may cause wobbles in the rest of Asia if the slowdown ignites worries of trade tensions,” said Vishnu Varathan, head of Asia and Oceania economics and strategy at Mizuho Bank.

With China’s exports slowing, “what’s more worrying is an even sharper slowdown in China’s imports flags risks of supply-chain effects hurting rest of Asia for which China remain a major market,” Varathan said in a note on Monday.

Medical cannabis is gaining momentum in Asia
Scotland has produced enough wind energy to power its homes twice over
To Top
error: Content is protected !!
Top