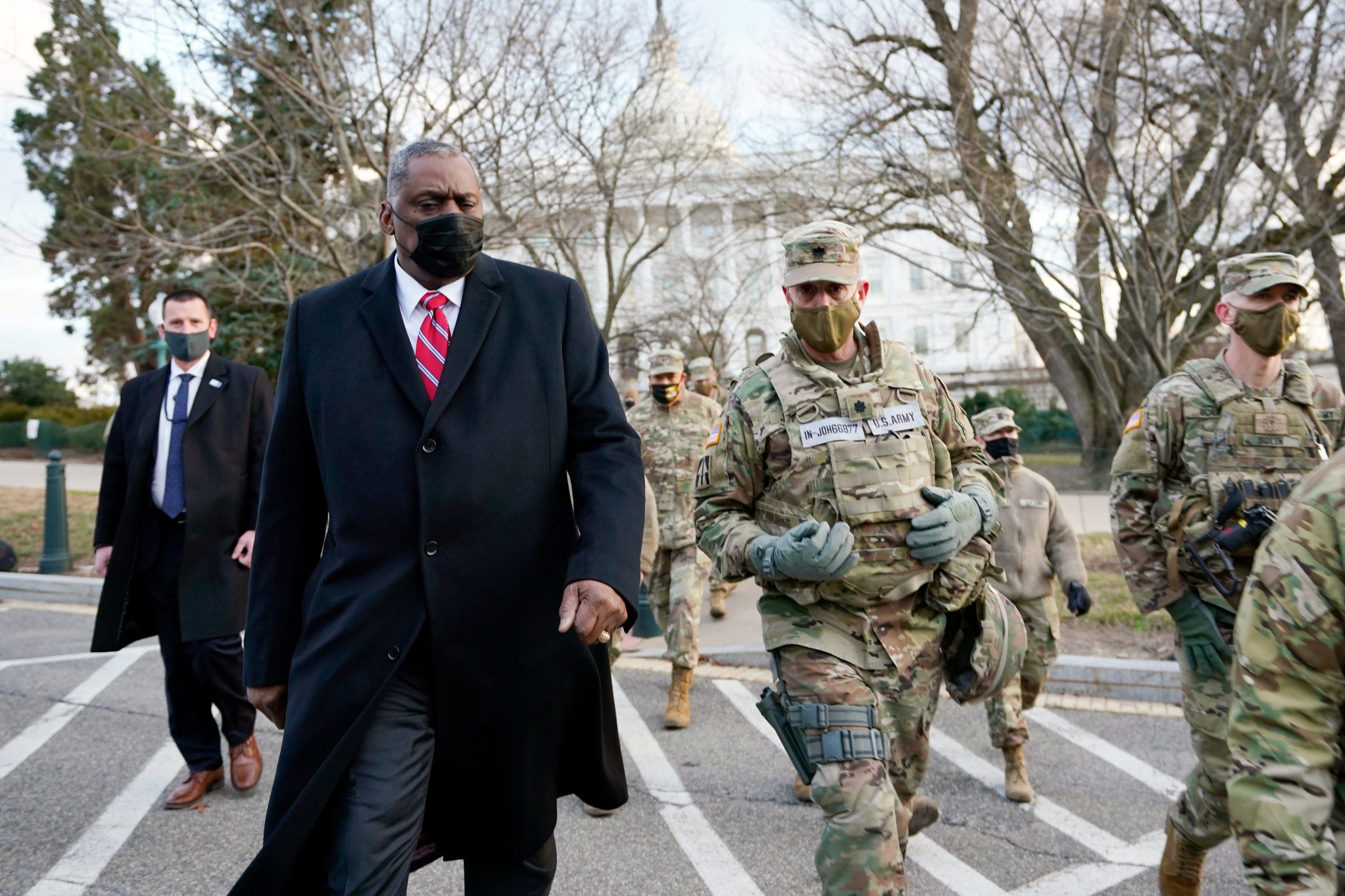 Secretary of Defense Lloyd Austin visits National Guard troops deployed at the U.S. Capitol and its perimeter on January 29, 2021 on Capitol Hill in Washington, DC.Manuel Balce Ceneta | Getty ImagesThe Secretary of Defense has approved the deployment of more than 1,000 active duty troops to help deliver Covid-19 vaccines across the U.S., a member of President Joe Biden’s coronavirus response team announced Friday.Some of the troops will arrive in California next week within the next ten days and begin operations by Feb. 15 with additional states to follow, Andy Slavitt, a senior advisor to Biden’s Covid-19 response team, who previously worked in the Obama administration, told reporters.”The military’s critical role in supporting sites will help vaccinate thousands of people per day and ensure that every American who wants a vaccine will receive them,” he said during the White House press briefing.Biden is trying to pick up the pace of vaccinations in the U.S. after a slower-than-expected rollout under former President Donald Trump’s administration. The U.S. has distributed about 57.4 million vaccine doses, but only about 35.2 million have been administered as of Thursday at 6 a.m. ET, according to data compiled by the Centers for Disease Control and Prevention.The Pentagon is working with the Federal Emergency Management Agency to expedite delivery of the shots and is also weighing a request to send up to 10,000 troops to support vaccination efforts across the U.S. FEMA and the Defense Department will jointly determine when active-duty members are no longer required.The 1,110 active duty service members will be comprised of five teams and involve active-duty units from the Army, Navy, Air Force and Marine Corps, according to the Department of Defense. The troops will include nurses and medical staff who will help administer Pfizer’s and Moderna’s two-dose vaccines, according to the agency.Slavitt also said the U.S. is using the Defense Production Act to help Pfizer meet its manufacturing targets for its vaccine. The company said Tuesday that it planned to deliver 200 million doses of its coronavirus vaccine to the U.S. by May, earlier than its initial forecast of July.”I think the use of the Defense Production act is one of the things that is allowing Pfizer to meet the targets,” he said. “They announced an acceleration of their targets of when they’ll be able to deliver vaccines. And I think our partnership with them is one of those reasons. I’m not going to say it’s the entire reason, but it’s certainly a critical factor.”This is a developing story. Please check back for updates.