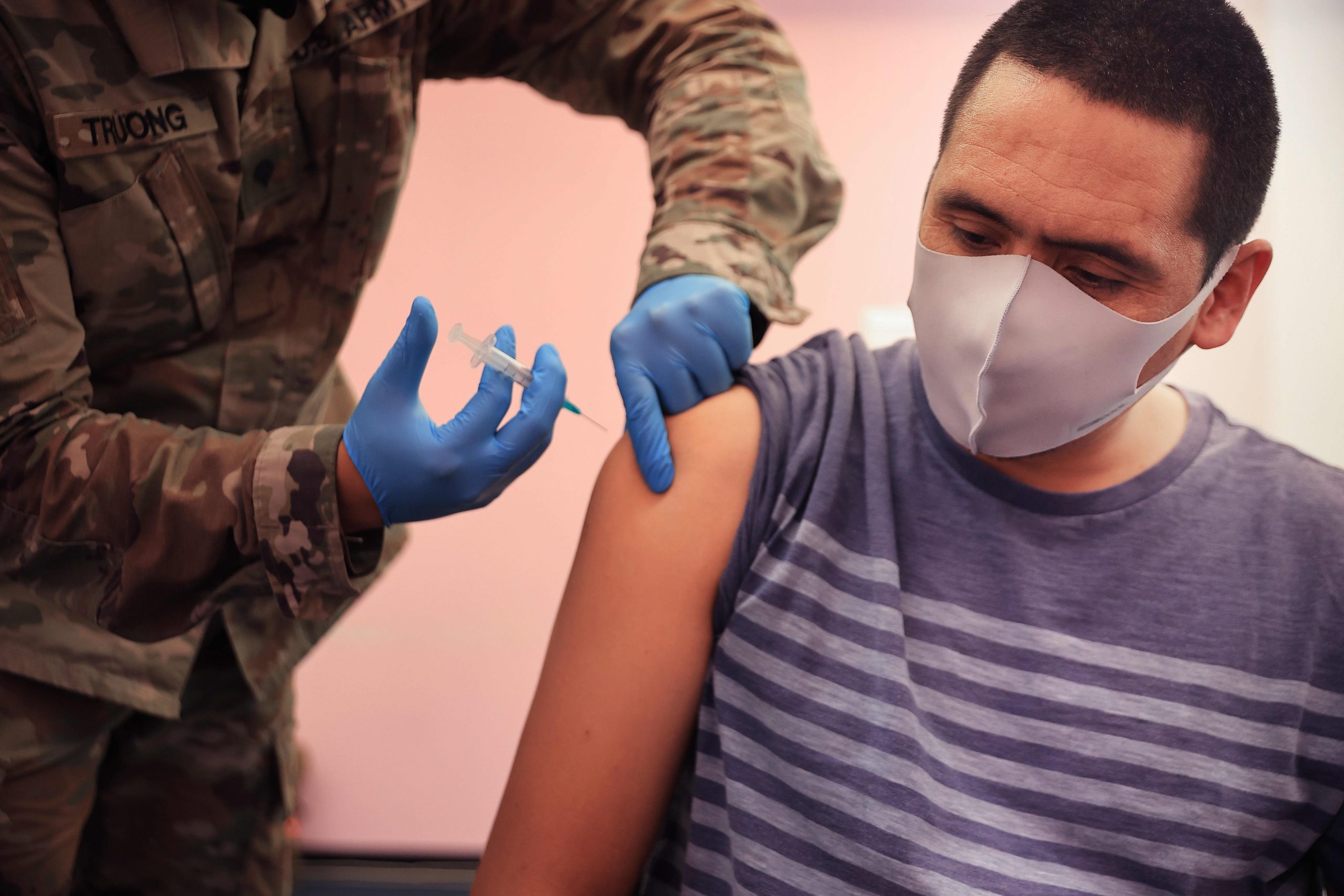 US President Joe Biden meets with Israeli Prime Minister Naftali Bennett in the Oval Office of the White House in Washington, DC, on August 27, 2021.Nicholas Kamm | AFP | Getty ImagesPresident Joe Biden said U.S. regulators are looking at administering Covid-19 booster shots five months after people finish their primary immunizations, moving up the expected timetable for a third shot by about three months.Biden, who was speaking with Israeli Prime Minister Naftali Bennett on Friday, said health officials were considering following that country’s lead on boosters.”We’re considering the advice you’ve given that we should start earlier,” Biden said, adding that officials are debating whether the timeline should be shorter. “Should it be as little as five months, and that’s being discussed.”Approval of the booster shots is expected to come sometime around Labor Day after federal health officials have time to review data from other countries.National Institutes of Health Director Dr. Francis Collins last week said data released by Israel on the effectiveness of Covid-19 vaccines over time was prompting U.S. health leaders to rethink their position on vaccine booster shots. Israel released new data on Aug. 16 showing a reduction in the effectiveness of Pfizer’s Covid vaccine against severe illness among people 65 and older who were fully vaccinated in January or February.Israel released more data Sunday showing a booster dose provided four times as much protection against infection from the delta variant than the previous two-dose regimen in people 60 and older, Reuters reported, citing data from the Ministry of Health of Israel. The booster dose also provided five to six times more efficacy in preventing hospitalization or serious illness.About 1.5 million Israel residents have received a booster dose of a Covid-19 vaccine.Later in the day, White House spokeswoman Jen Psaki clarified Biden’s comments, saying that he would rely on officials at the CDC and FDA to make any changes to formal U.S. health guidance, which is currently that booster doses should be given after eight months.”So I want to be very clear on that. If they were to change their guidance based on data for any particular group, he would, of course, abide by that,” Psaki said at a press briefing Friday. “But for people watching at home, for you all who are reporting out this nothing has changed about the eight-month timeline as it relates to the boosters.”Other countries including the Dominican Republic, Hungary and Germany have either already begun administering booster shots to their population, are close to it or are considering it.Pfizer said Wednesday that a booster dose of its vaccine provides a threefold increase in neutralizing antibodies in an unpublished study as the company races to get FDA clearance for its booster doses, according to Reuters.The study also found that side effects from a third dose are the same as those experienced after a second dose. Common side effects include headache, lethargy, mild pain at the injection site and fever.Distribution of the booster shots is expected to begin Sept. 20, pending final signoff by the Food and Drug Administration clearance and Centers for Disease Control and Prevention. The Biden administration and vaccine manufacturers have indicated that there should be enough doses for any fully vaccinated adult seeking a third dose.Correction: This article was updated to correct the timing of when a potential third Covid dose might be administered. It’s five months after full immunization.

How Blue Origin, SpaceX, Virgin Galactic space race could impact the atmosphere
Walmart should be under tighter scrutiny because of wrongful firing of employee with Down syndrome, EEOC says
To Top
error: Content is protected !!
Top