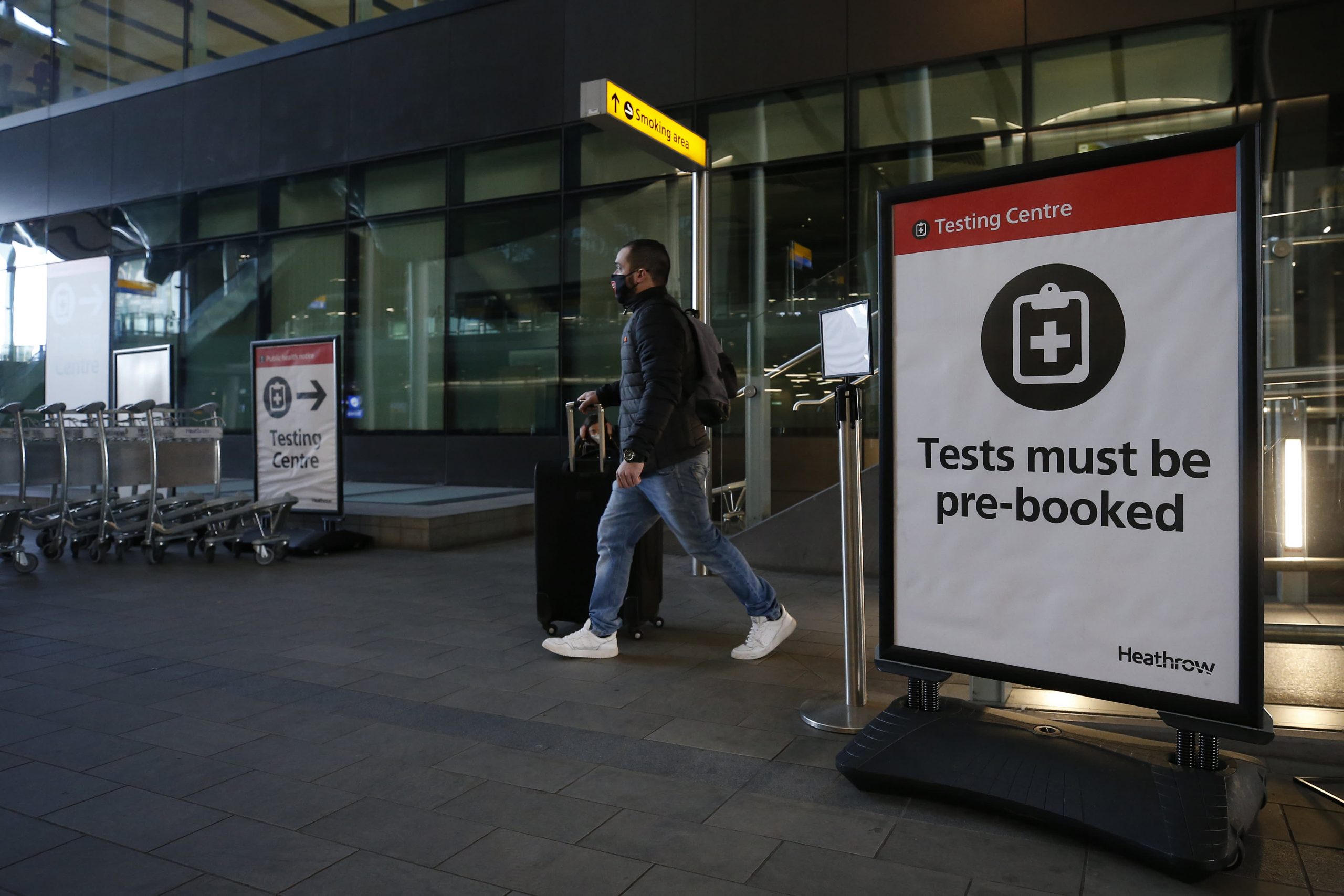 A traveler exits a testing center at Heathrow Airport on January 17, 2021 in London.Hollie Adams | Getty Images News | Getty ImagesThe incoming Biden administration on Monday said it won’t lift an entry ban on most visitors from Europe, the U.K. and Brazil, less than an hour after President Donald Trump ordered an end to the Covid-19 travel restrictions.”With the pandemic worsening, and more contagious variants emerging around the world, this is not the time to be lifting restrictions on international travel,” tweeted President-elect Joe Biden’s spokeswoman Jen Psaki.Trump first put the rules in place in March in an effort to curb the spread of the virus, though Covid-19 was already circulating in the U.S. before then.On Monday evening, he issued a proclamation rescinding the restrictions, just two days before Biden’s inauguration. The rules prohibit entry to the U.S. for most non-U.S. citizens if they had been in Brazil, the 26 countries in the Schengen area of Europe, Ireland or the U.K. within the past two weeks.Trump’s proclamation Monday came less than a week after the U.S. said it would require travelers, including U.S. citizens, flying to the U.S. from abroad, to test negative for Covid-19 before flying. That requirement takes effect on Jan. 26 — the same day the travel restrictions would be lifted. Trump said it would keep restrictions on travel from Iran and China. Much of Europe still bars most U.S. citizens.Airlines have repeatedly asked the U.S. government to replace the bans, which have contributed to a plunge in demand and billions in losses, with preflight Covid testing. International travel volumes have dropped more than domestic travel during the pandemic.