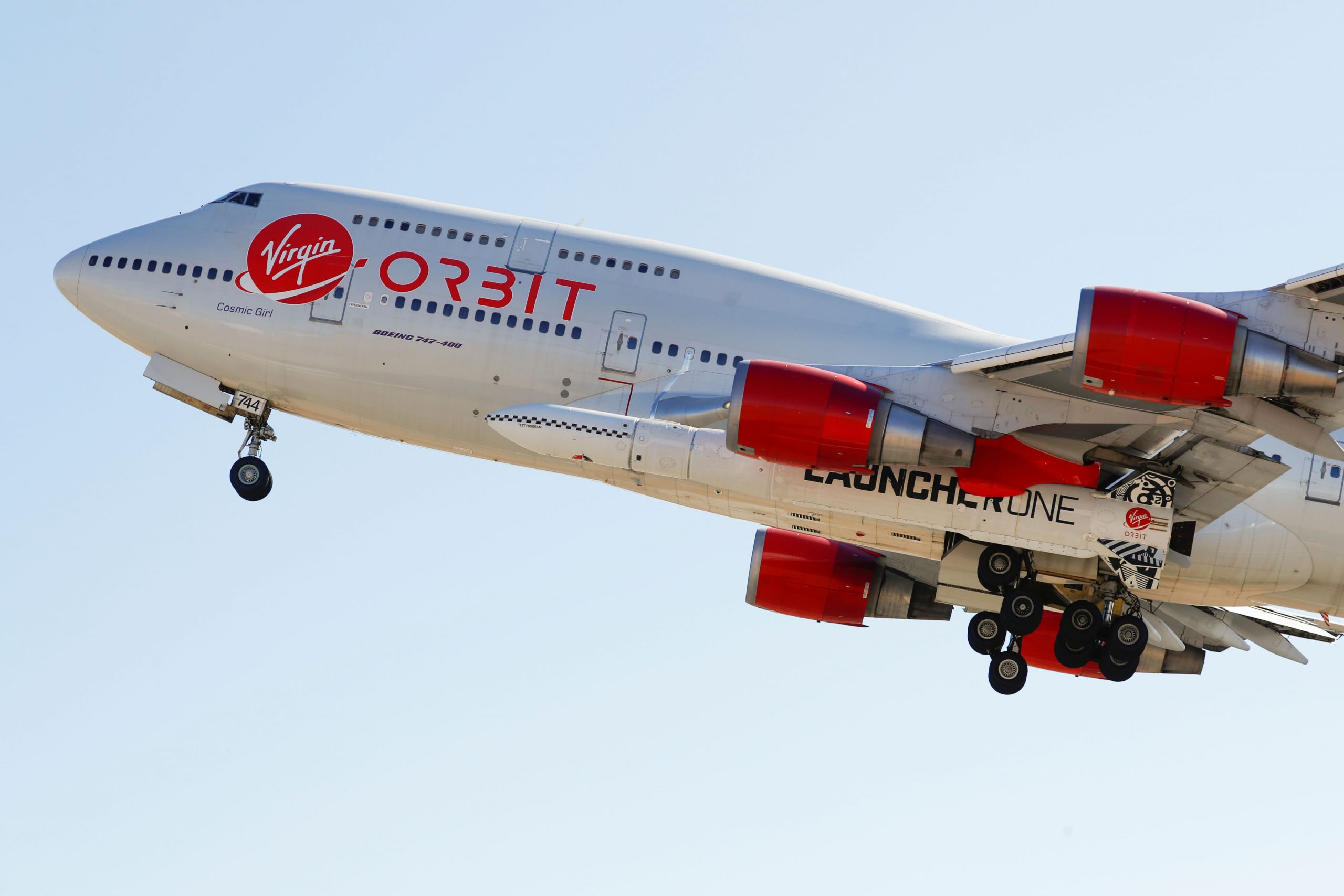 Richard Branson’s Virgin Orbit, with a rocket under the wing of a modified Boeing 747 jetliner, takes off for a key drop test of its high-altitude launch system for satellites from Mojave, California, July 10, 2019.Mike Blake | ReutersVirgin Orbit, the rocket company founded by billionaire Richard Branson, successfully put its first satellites into space using its novel air launch system.The California-headquartered company said that 10 mini-satellites had been carried into space by the same rocket, which was launched from the wing of an old Boeing 747 jumbo jet as it flew over the Pacific Ocean.The jet, nicknamed Cosmic Girl, took off from Mojave Air and Space Port at approximately 10:50 a.m. PST on Sunday. Almost 60 minutes later, it dropped the “LauncherOne” rocket about 50 miles south of the California Channel Islands at a height of 35,000 feet.After release, the rocket engine ignited, accelerating LauncherOne into space. Around two hours later, at an altitude of 500 km, it deployed 10 shoebox-sized satellites, which were developed by universities and selected by NASA. The satellites will be used for space research purposes.”A new gateway to space has just sprung open,” said Virgin Orbit CEO Dan Hart in a statement. “That LauncherOne was able to successfully reach orbit today is a testament to this team’s talent, precision, drive, and ingenuity.”The successful launch comes after Virgin Orbit tried and failed to launch a rocket in May last year. The company diagnosed the failure to a high-pressure fuel line in the engine, which caused the rocket to shut down shortly after launching.”Virgin Orbit has achieved something many thought impossible. It was so inspiring to see our specially adapted Virgin Atlantic 747, Cosmic Girl, send the LauncherOne rocket soaring into orbit,” said Branson in a statement.”This magnificent flight is the culmination of many years of hard work and will also unleash a whole new generation of innovators on the path to orbit.”Virgin Orbit’s launch technique means that the company can theoretically launch rockets on short notice from almost anywhere on Earth. It has plans to launch rocket-carrying 747s from Cornwall, England, for example.Branson is hoping to cash in on the growing demand for small, relatively cheap satellites. He isn’t the only billionaire involved in the space race. Amazon’s Jeff Bezos and Tesla’s Elon Musk are also building spacecraft in a bid to capitalize on the fast-growing industry.Virgin Orbit describes itself as a “dedicated launch service for commercial and government-built small satellites.”The company said that it plans to officially transition into commercial service for its next mission, adding that it already has subsequent launches booked by customers including the U.S. Space Force and the U.K.’s Royal Air Force, as well as businesses like Swarm Technologies, Italy’s SITAEL, and Denmark’s GomSpace.Virgin Orbit is a spin-off of Branson’s space tourism company Virgin Galactic. A wholly separate company, Virgin Orbit is privately held by Branson’s multinational conglomerate Virgin Group.Speculation has varied widely on how much Virgin Orbit has invested to date, with estimates ranging from $400 million to $500 million and even over $700 million.In an interview with CNBC in October, Hart declined to comment on how much Virgin Orbit has spent so far but he said it was “having discussions” about further investment, with the company seeking about $150 million in new capital.Investors include Branson’s Virgin Group and Mubadala Investment Company — the United Arab Emirates sovereign wealth fund that also has a significant stake in Virgin Galactic.