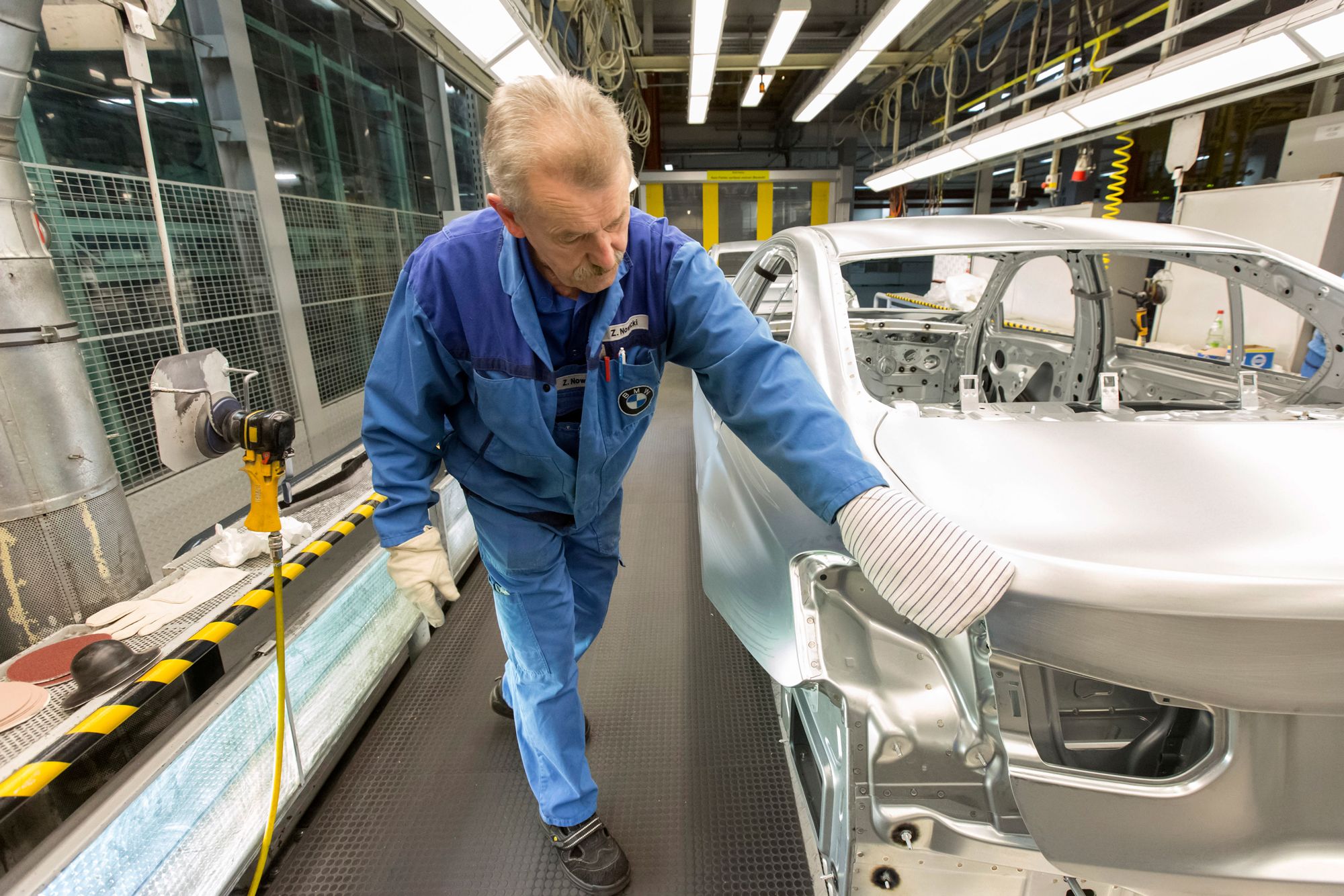 A worker checks the frame of a BMW automobile along the production line at the BMW plant in Munich, Germany.

BMW and Jaguar Land Rover on Wednesday said they will jointly develop electric motors, transmissions and power electronics, unveiling yet another industry alliance designed to lower the costs of developing electric cars.

Both carmakers are under pressure to roll out zero-emission vehicles to meet stringent anti-pollution rules, but have struggled to maintain profit margins faced with the rising costs of making electric, connected and autonomous cars.

“Together, we have the opportunity to cater more effectively for customer needs by shortening development time and bringing vehicles and state-of-the-art technologies more rapidly to market,” said BMW board member Klaus Froehlich.

BMW and Jaguar Land Rover said they will save costs through shared development, production planning and joint purchasing of electric car components. Both companies will produce electric drivetrains in their own manufacturing facilities, BMW said.

The BMW Jaguar Land Rover pact comes as rivals FiatChrysler and Renault explore a $35 billion tie-up of the Italian-American and French carmaking groups.

Nick Rogers, Jaguar Land Rover’s engineering director said, “We’ve proven we can build world beating electric cars but now we need to scale the technology to support the next generation of Jaguar and Land Rover products.”

BMW was in talks with rival Daimler about developing electric car components but was also in discussions with Jaguar Land Rover, a company it once owned, to explore an alliance on engines.

BMW already has a deal to supply an 8 cylinder engine to Jaguar Land Rover.

Carmakers are increasingly open to sharing electric car parts because the technology is expensive and because customers no longer buy a car based on what engine a vehicle has.

“Carmakers are much less precious about sharing electric car technology because it is much harder to create product differentiation with electric car tech. They all accelerate fast, and everybody can do quality and ride and handling,” according to Carl-Peter Forster a former chief executive of Tata Motors and a former BMW executive.

Jaguar Land Rover is still run by former BMW managers, including Ralf Speth the company’s chief executive who spent 20 years at BMW prior to joining JLR, and Wolfgang Ziebart, the engineer who oversaw Jaguar’s iPace electric car program, who is a former head of research and development at BMW.

Jaguar Land Rover said it would redouble efforts to cut costs after it posted a $4 billion loss earlier this year, hit by a downturn in demand for sports utility vehicles in China and a regulatory clampdown on diesel emissions.