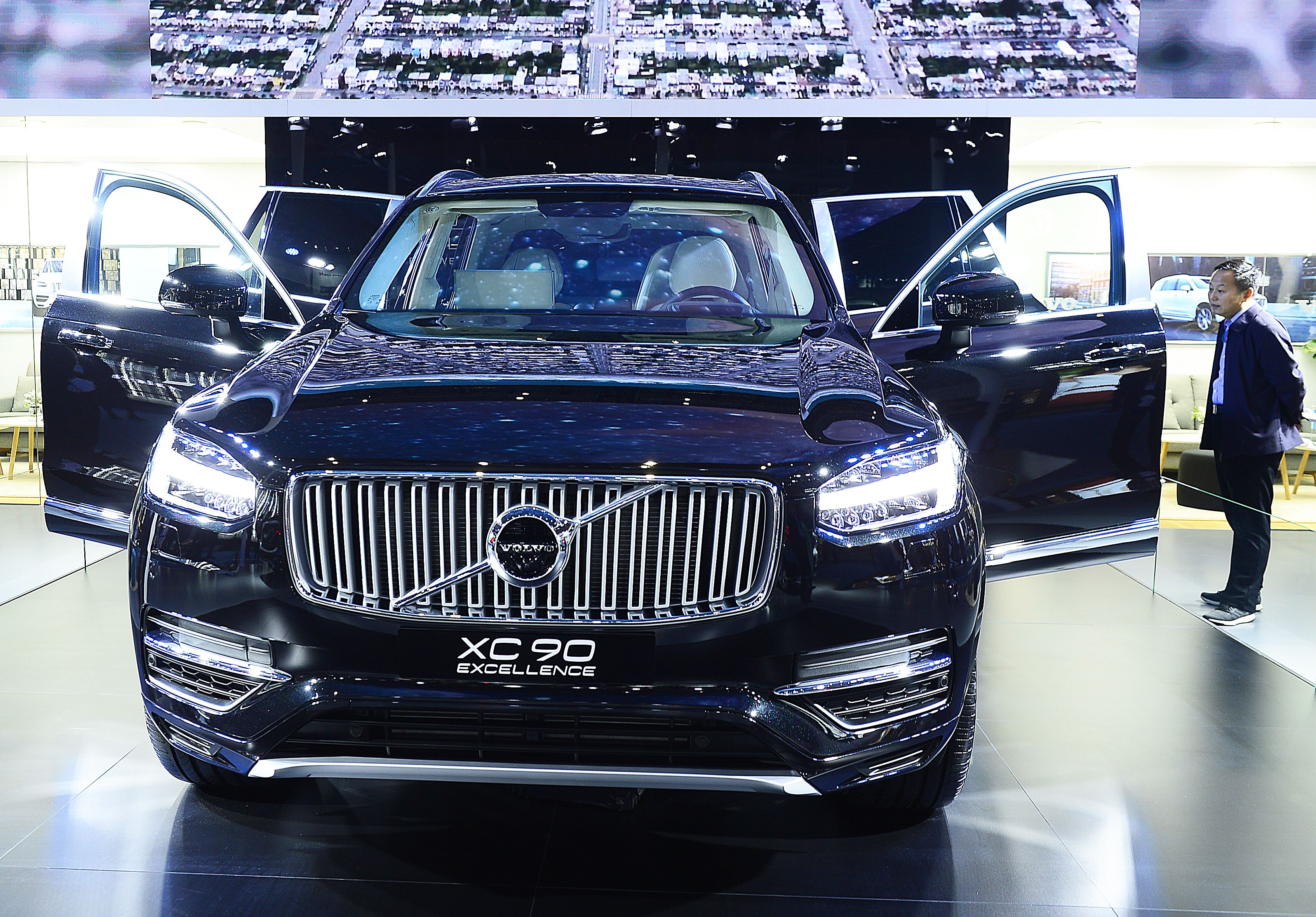 Volvo XC90 SUV is on display on day three of the China International Import Expo (CIIE) at the National Exhibition and Convention Center on November 7, 2018 in Shanghai, China.

The United States has rejected separate requests from General Motors and Chinese-owned Volvo Cars for an exemption to a 25% U.S. tariff on their Chinese-made sport utility vehicle models.

GM, the largest U.S. automaker, and Sweden’s Volvo both said they were aware of the respective denials of their nearly year-old petitions. Both companies had not raised the sticker price to account for tariffs, which came into play last July.

The denial of GM’s petition for its Buick Envision came in a May 29 letter from the U.S. Trade Representative’s office saying the request concerned “a product strategically important or related to ‘Made in China 2025’ or other Chinese industrial programs.”

The midsize SUV, with a starting price of about $35,000, has become a target for U.S. critics of Chinese-made goods, including leaders of the United Auto Workers union and members in key political swing states such as Michigan and Ohio.

Only a small number of vehicles are built in China and sold in the United States.

Volvo, which is owned by China’s Geely, had already last year begun switching production of U.S.-bound XC60s from China to Europe as part of a global shake up of production plans for most of its lineup in an effort to dodge tariffs.

A spokeswoman said the XC60 shift, Volvo’s biggest move to mitigate the impact of tariffs, was completed in the Spring,meaning Volvo was no longer paying tariffs on XC60 imports and would not see any fresh cost impact due to the rejection.

Volvo had argued in its exemption request that it could “anticipate” the XC60 would be eventually produced in its recently opened South Carolina plant, where it is building S60 sedans, but the spokeswoman said no decision had been taken.

“(New production setup) is a cost so that would of course depend on the permanence of tariffs and what the situation looks like going forward. It’s a continuous evaluation that we always do with the flexible manufacturing footprint,” she said.

Besides the shift, Volvo has also split production of its S60 luxury sport sedan between the two countries; altered some European production plans; and reduced shipments of its S90 sedan, which is only produced in China, to the United States.

U.S. retail sales for the S90 sedan this year to May were down 63.7 percent year on year, company data showed.

GM had argued in its request that Envision sales in China and the United States would generate funds “to invest in our U.S. manufacturing facilities and to develop the next generation of automotive technology in the United States.”

Because of the lower U.S. sales volume, “assembly in our home market is not an option” for the Envision, which competes with such mid-size crossover vehicles as the Jeep Grand Cherokee and the Cadillac XT5. Ahead of the July 2018 start for higher import tariffs, GM shipped in a six-month supply of Envisions at the much lower 2.5 percent tariff rate, Reuters reported in August 2018.