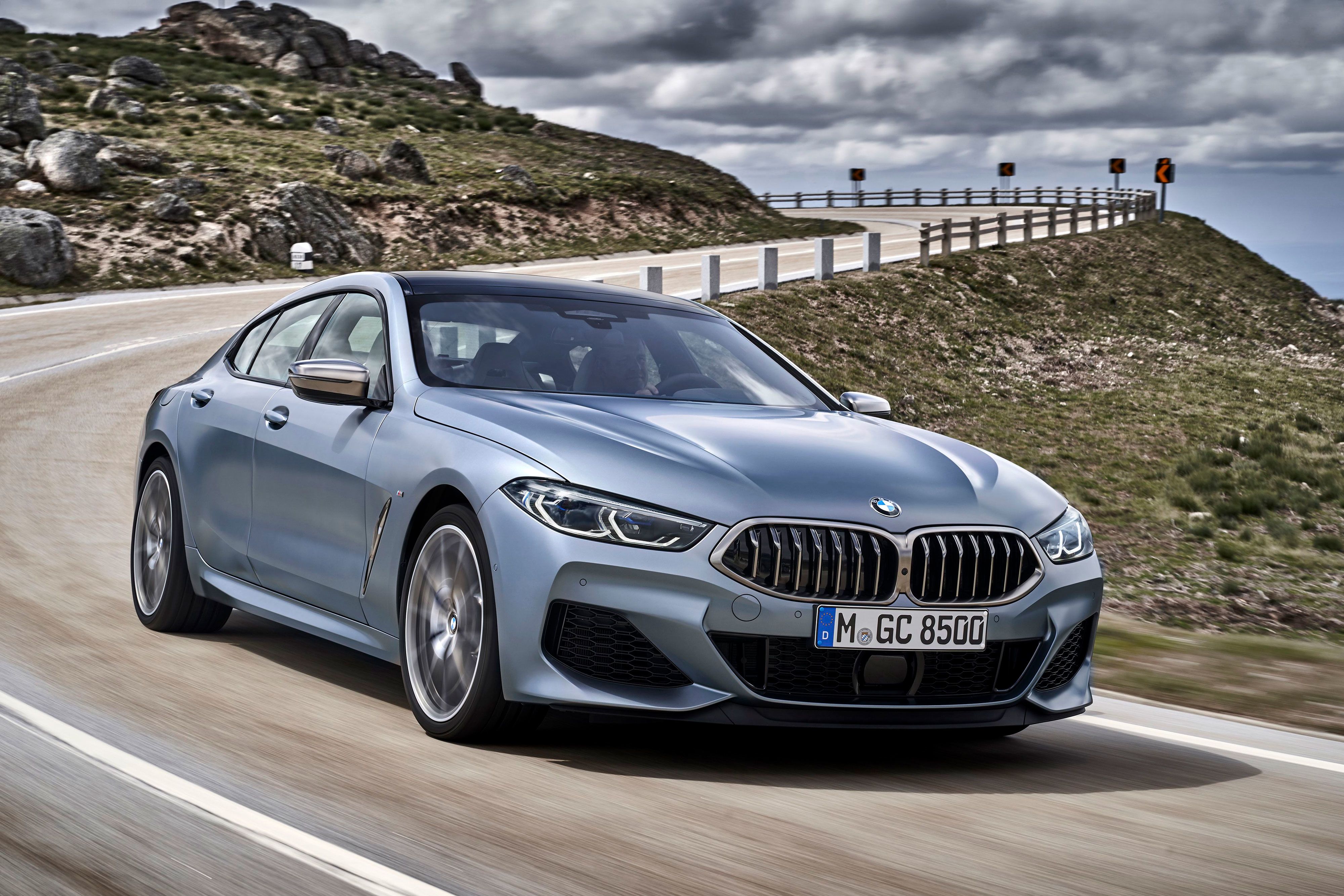 BMW has a habit of stretching definitions, as it did when it introduced a stretched version of the old 6-Series coupe, adding a pair of extra doors and dubbing it a “Gran Coupe.”

Since then, it has expanded the array of four-door coupes that have fleshed out its line-up. The new 2020 BMW 8-Series Gran Coupe is BMW’s latest offering.

For those who want more power, however, the new Gran Coupe comes with a brutish, 523-horsepower twin-turbo V-8.

Based on the two-door model introduced just a year ago, the new model offers more space and easier entry, as well as the first inline-six engine option available for the 8-Series line. The sporty M850i version will also become one of the automaker’s most expensive models ever when it reaches showrooms in September, pushing into six-figure territory when all the option boxes are checked.

The debut of the new Gran Coupe comes almost exactly a year after BMW revealed the two-door version of the 8-Series, reviving a nameplate it abandoned nearly two decades ago and providing a more sporty alternative to the familiar 7-Series sedan flagship.

But, in today’s SUV-centric market, coupes have lost even more ground than sedans, and the Gran Coupe is expected to solidly outsell the two-door 8-Series going forward.

That said, BMW designers worked hard to maintain the coupe-like lines of the earlier model, retaining the long nose and sweeping roofline, even though the Gran Coupe features a more upright windshield to allow for a taller roof.

It is bigger in most key dimensions, adding 7.9 inches to the two-door’s wheelbase, for one thing, and 9.0 inches to overall length. The Gran Coupe also gains 1.2 inches in width and stands 2.2 inches taller, those number translating into a cabin roomy enough to allow adults to sit in the rear without bumping elbows or banging heads whenever the car hits a pothole.

Both versions will come with a panoramic moonroof as standard fare, though the M850i will also offer an optional carbon-fiber roof to reduce overall weight and lower the Gran Coupe’s center of gravity. The body itself uses a mix of materials to hold down mass, including aluminum doors and hood and a dent-plastic resistant trunk lid.

As one might expect of the BMW flagship, even a base model is lavishly equipped, with standard leather seating and trim, though buyers can opt up to a two-tone leather package, as well. Unlike the two-door model, the Gran Coupe features a wide center console running the length of the cabin to divide it into four seating sections. The rear seats can be folded in a 40/20/40 configuration to open up more cargo space.

There are some significant technical features, too, including LED headlamps with Laserlight that help extend a driver’s view significantly at night. The rear console features new USB-C ports and the driver has handy access to the latest version of the BMW iDrive infotainment system.

While BMW offers the 8-Series coupe with a variety of different powertrain options around the world, it limited the U.S. two-door model to the 523-hp twin-turbo 4.4-liter V-8 found in the M850i trim. That version was able to launch from 0 to 60 in under 3.5 seconds. The heavier Gran Coupe, BMW estimates, will need about 3.7 seconds to get there.

Going forward, the Bavarian automaker will add the rear-wheel-drive 840i and 840i xDrive Gran Coupe which will bring to the U.S. a 3.3-liter inline-six making 335 horsepower and 368 pound-feet of torque. It estimates a 0 to 60 launch time of 4.6 seconds for the xDrive model, and a top speed of 155 mph when driving on performance tires.

Both engines will be paired with a quick-shifting eight-speed automatic with steering wheel-mounted paddle shifters.

The Gran Coupe gets a double-wishbone front suspension and a five-link rear. An active steering system is meant to increase the car’s agility, especially during high-speed cornering.