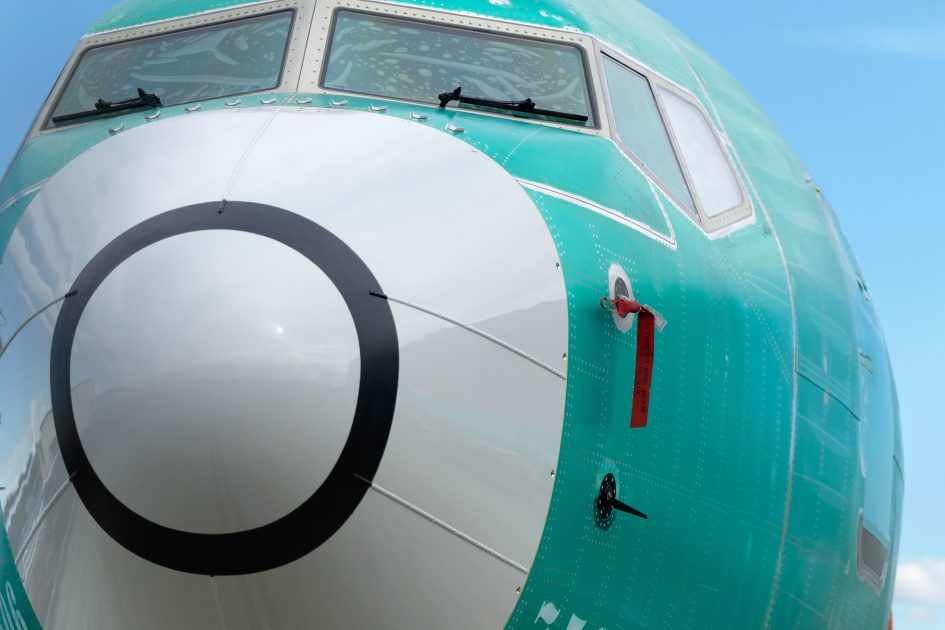 Boeing is heading to the world’s largest air show in crisis, giving its rival Airbus an opportunity to steal the show.

Boeing’s best-selling plane, the 737 Max, has been grounded since mid-March after two crashes of the aircraft within five months killed a total of 346 people. Regulators have not said when they expect to allow the jets to fly again, sending major airlines scrambling to cancel flights during the peak summer travel season as the grounding drags on longer than expected.

Boeing is planning to brief suppliers and airline customers about the latest fixes for the 737 Max at the Paris Air Show, which starts Monday. Investigators have implicated the planes’ stall-prevention system in the two crashes, one in Indonesia in October followed by another in Ethiopia in March. Boeing has prepared a fix for that system but regulators haven’t signed off on it yet.

“The air show is an important event for us to meet with customers, partners and suppliers and engage with them on our path forward on the 737 Max and reinforce our unrelenting commitment to safety,” Boeing said in a statement.

An opening for Airbus

With its focus on restoring trust — and getting its cash cow back in the air — Boeing isn’t expected to announce any orders of the plane. The Paris Air Show was also supposed to set the stage for Boeing to reveal that it will offer a highly anticipated new aircraft, but analysts say the company has likely shelved those plans against the backdrop of safety concerns about the 737 Max and questions about its certification.

Boeing competitor Airbus on Friday hinted in a media briefing that it could soon launch the Airbus A321XLR — an extended-range version of its new narrowbody A321LR plane. Analysts expect the announcement during the show. The single-aisle aircraft would provide range without the expense of operating a widebody plane and could potentially win over customers long before Boeing’s new twin-aisle plane is officially announced. Some existing A321 customers, like JetBlue Airways, which in April announced its first service to Europe, could opt to convert some of its orders for the longer range model.

It was after the Paris Air Show in June 2011 that American Airlines announced a large order for both Boeing planes and for its first Airbus jets it more than 20 years. The Airbus order included 260 planes, half of them for the neo, or new-engine option that provided more fuel efficiency. Two months later, Boeing unveiled the 737 Max, its new fuel-saving update to the line of planes that had been flying since the 1960s.

The new double-aisle plane Boeing is mulling, which it’s informally calling the NMA for new mid-market airplane, is bigger than the 737 Max but smaller than the Boeing 787. Boeing expects it could start flying by the middle of the next decade, but Airbus’ A321XLR would likely make it to market sooner and could steal some would-be Boeing customers.

“I’d say the broad timeline has not changed, but it’s very clear to us that our top priority right now is getting the Max back up and flying safely, and NMA is second to that,” Boeing’s CEO Dennis Muilenburg told investors at a conference on May 29 in New York.

Following the crashes, Boeing suspended deliveries of the planes and cut the production rate by about a fifth, from 52 to 42 a month. As expected, Boeing this week reported a decline in May orders compared with the same period last year.

“I wouldn’t want to be Boeing at the Paris Air Show,” said Robert Mann, an airline consultant who previously worked at TWA and American. “That has to be a really humbling. They just have to keep their mouth shut and serve champagne.”

The new Airbus A321XLR fits into the manufacturer’s line of A320 planes, the workhorse narrowbody aircraft that competes with Boeing’s 737s. The extended-range version would be a “niche” product and won’t likely bring in the blockbuster orders that the shorter-range versions have, Morgan Stanley said in a note on Friday.

Orders for both plane makers have been weak lately, although some analysts expect announcements of high-value widebody orders coming for either or both manufacturers during the trade show. Boeing is developing

“You put on a brave face with a couple of twin-aisle orders,” said Richard Aboulafia, aviation analyst at Teal Group, regarding Boeing’s presence at the air show.

But aside from the 737 Max crisis issues, many airlines have already ordered narrowbody planes to replace aging aircraft.

“That’s just where we are in the cycle,” said ICF’s Engel.

Despite the strong order books, challenges like higher labor costs, lower profits and trade tensions are emerging for airlines and their suppliers, the International Air Transport Association warned last month when it slashed its forecast of global airline profits this year by more than 21% to $28 billion.

“Airlines will still turn a profit this year, but there is no easy money to be made,” Alexandre de Juniac, IATA’s CEO and director general said last month.