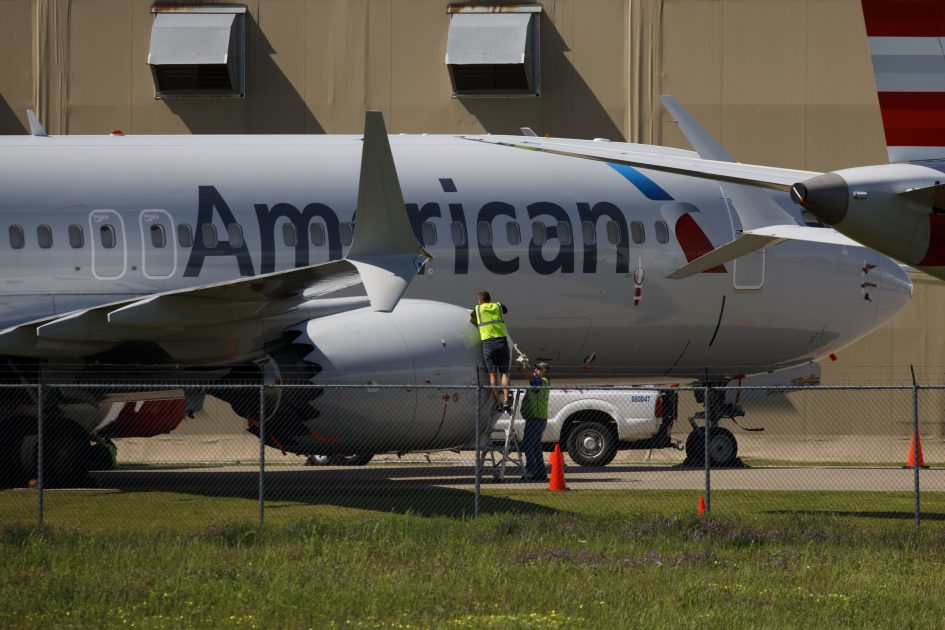 Maintenance workers cover the engine of an American Airlines Group Inc. Boeing Co. 737 Max plane outside of a maintenance hangar at Tulsa International Airport (TUL) in Tulsa, Oklahoma, U.S., on Tuesday, May 14, 2019.

Boeing is hiring hundreds of temporary workers to help maintain its growing fleet of grounded 737 Max planes that are awaiting delivery.

The company has posted job listings for a few hundred temporary workers who will help the company with 737 Max storage and maintenance at the Port of Moses Lake east of Seattle. Boeing will not say exactly how many employees are being hired.

Boeing is seeking “avionics technicians, aircraft mechanics, airframe and Powerant (A&P) mechanics, and aircraft electricians,” according to a company spokesman.

Since aviation regulators across the world grounded the Max in March, Boeing has continued building the planes, but not delivering them. Many are parked near Boeing’s 737 plant in Renton, Washington, but dozens of other Max models have been flown to other locations where they are parked and receive daily maintenance. One of those locations of the Port of Moses Lake, an airfield next to the Grant County International Airport in Moses Lake, Washington.

Once the Max is once again deemed safe to fly, Boeing will begin the process of upgrading the software on parked planes and then deliver them to customers.

Company executives admit there is no timeline for delivering parked Max planes because airlines have yet to determine how quickly they will put those 737’s into flight schedules. As a result, Boeing will need temporary workers to ensure the parked planes at Moses Lake stay maintained and ready for delivery.