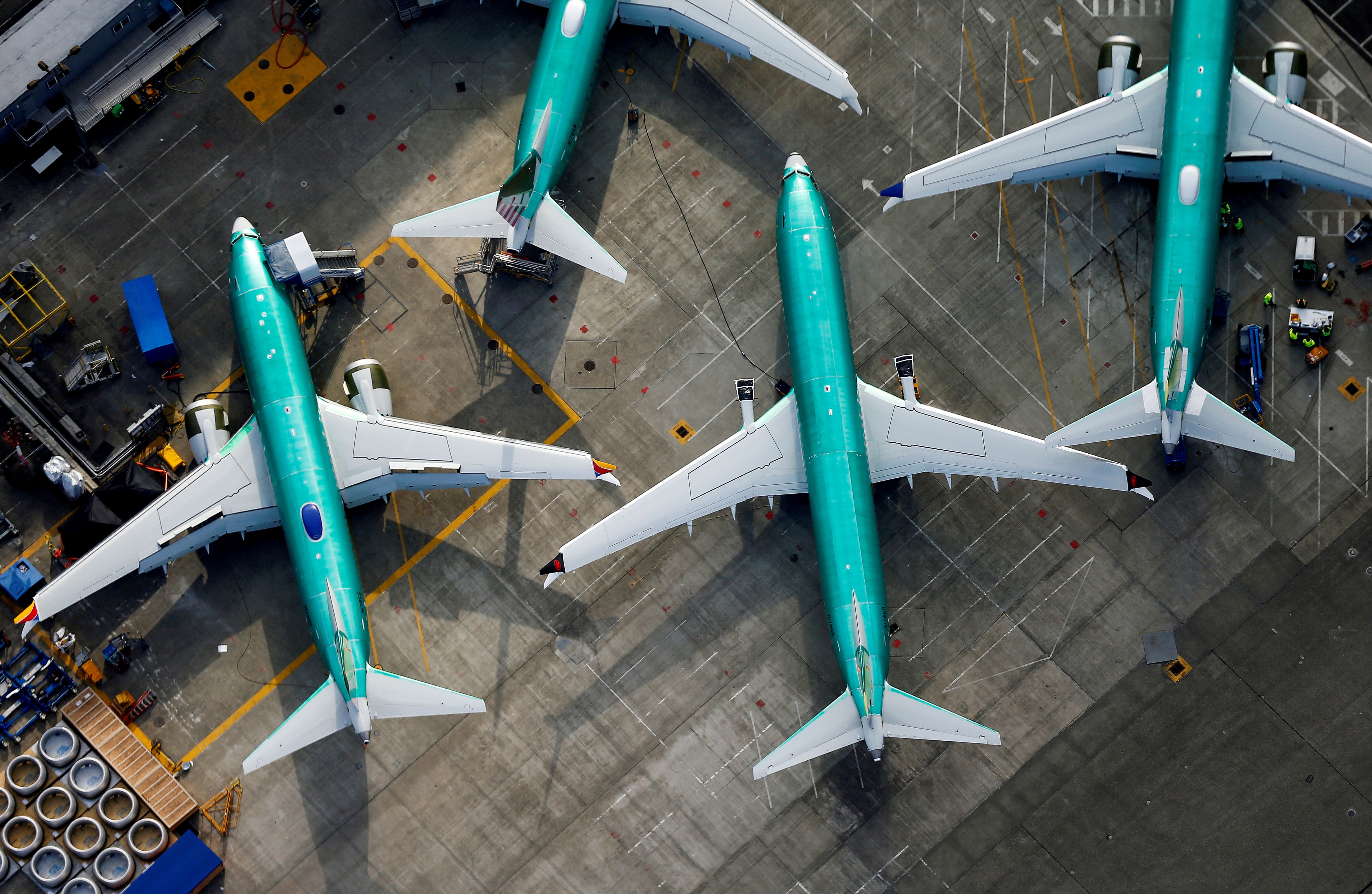 An aerial photo shows Boeing 737 MAX airplanes parked on the tarmac at the Boeing Factory in Renton, Washington, U.S. March 21, 2019.

More than 300 Boeing 737 jets, including the Max, may have wing parts could have been improperly manufactured and may not meet regulatory requirements for strength and durability, the Federal Aviation Administration said Sunday, following a joint investigation with the aircraft manufacturer.

The FAA plans to order airlines to remove and replace the parts if their aircraft are affected, the agency said.

As many as 148 leading edge slat tracks manufactured by a Boeing supplier could be “susceptible to premature failure or cracks,” the FAA said in a statement.

Slats are pieces on the front of the wing and move along a track to create lift and are important during take-off and landing.

The FAA said that while “the complete failure of a leading edge slat track would not result in the loss of the aircraft, a risk remains that a failed part could lead to aircraft damage in flight.”

Boeing said it found that a lower number of planes likely have the suspect parts installed but that it recommended that dozens of others be checked “to ensure a thorough assessment.”

The FAA said it will issue an airworthiness directive mandating service actions to remove the parts and that airlines will have to comply within 10 days. The agency said it has alerted international civil aviation authorities of the issue as well.

The requirement to remove the parts in question on certain 737 NGs within 10 days creates a new wrinkle for some 737 operators who are scrambling to ensure they have enough aircraft to meet peak summer demand. Airlines that fly the 737 Max have had to cancel thousands of flights through August as the planes remain grounded.

The 737 NG is the model that preceded the 737 Max, which Boeing first delivered to airlines in 2017.

Boeing said it is planning to provide replacement parts for its airline customers “to help minimize aircraft downtime while the work is completed,” a process it said should take a day or two.

Aviation authorities worldwide, including the FAA, grounded the Boeing 737 Max in the wake of a fatal crash in Ethiopia in March, which killed all 157 people on board. The crash in Ethiopia came less than five months after another Boeing 737 Max plunged into the Java Sea shortly after takeoff from Jakarta, Indonesia, in October killing all 189 people aboard.

The 737 Max’s automated anti-stall system is being investigated as a factor in those crashes. Boeing said last month that it has completed a software update for the system but the FAA and other regulators need to sign off on its changes before airlines can resume use of the planes.

The FAA has given no timeline for when the 737 Max will be certified to fly again.

“The last thing I want is to put a date out there for lifting the grounding,” said Dan Elwell, acting administrator for the FAA.