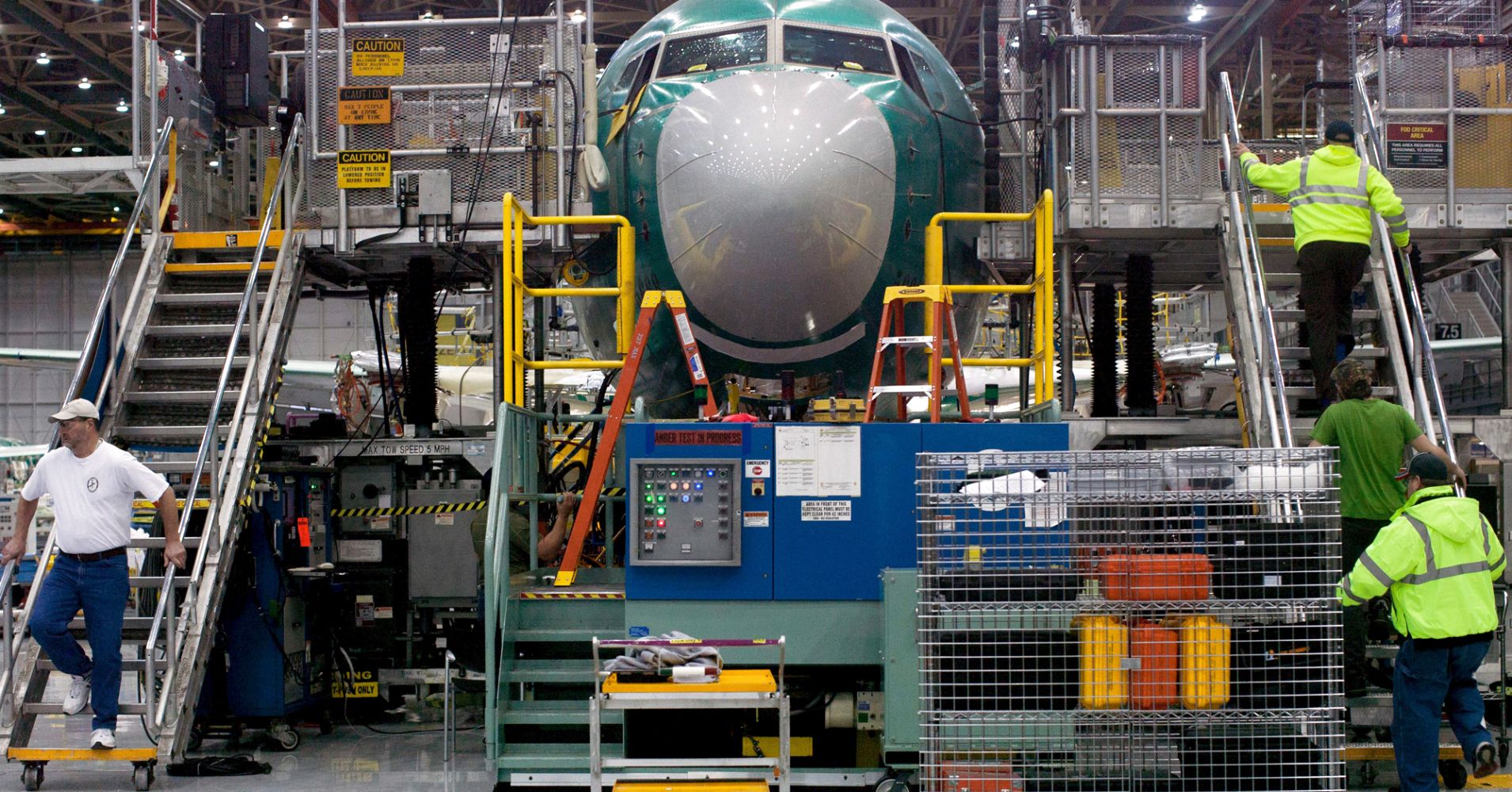 Boeing’s troubles with its 737 Max jets, which have been grounded since mid-March, are expected to sap growth out of the broader U.S. economy during the second quarter, according to a new Wells Fargo forecast.

The airplane maker recently halted deliveries and cut production by 20% of its popular 737 Max jets following crashes in October and March that took 346 lives.

“At a time when markets are already on edge, Boeing’s issues are likely to fan near-term fears about growth slowing,” she said.

Boeing is rushing to fix its anti-stall software, which is suspected of contributing to the two fatal crashes in Ethiopia and Indonesia.

The halted shipments of the Max will trickle down to spending on equipment and exports in the second quarter, according to the report. In 2018, nearly three-quarters of 737 Maxes were exported overseas. The rest was purchased by U.S. airlines.

“The impact to GDP, business spending, exports and inventories will depend on the duration of the cutbacks and how long deliveries are suspended. Any news of a fix and business getting back to normal will be key to these effects unwinding and allowing a cleaner read on underlying U.S. growth,” House said.

The 737 Max comprised roughly two-thirds of Boeing’s deliveries over the past six months. The aircraft maker’s 20% production cut could therefore shave off 0.3 to 0.4% from industrial production growth in April, according to the report. Since May 2017, Boeing has delivered 376 Max jets and has orders booked for slightly over 5,000.

Major airlines like American, Southwest and United have canceled thousands of Max flights and extended cancellations into peak summer travel months. Boeing said it’s completed 96 test flights totaling over 159 hours of air time with a new software fix, and expects to submit the plan to the Federal Aviation Administration in a couple weeks.

“When a fix is approved and deliveries resume, we would expect production to also increase and for new orders to pick up. We could see a slight boost to growth in the second half of the year, but the precise timing will depend on how quickly confidence can be restored in the 737 MAX,” the report said.