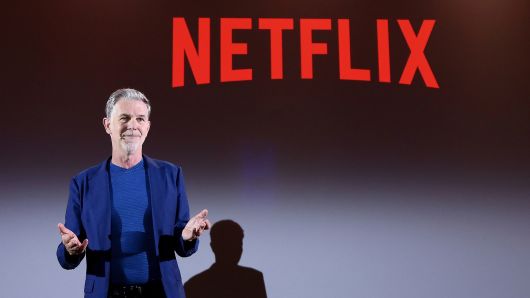 Netflix is set to report its first quarter 2019 earnings after the bell on Tuesday.

Here are the numbers Wall Street is expecting:

Analysts will likely be looking for answers on how Netflix will keep up demand as the streaming space it has helped pioneer becomes increasingly crowded by legacy media players.

Disney recently made a splash with the unveiling of its streaming service Disney+, which features its huge library of movies and shows, for $6.99 a month or $69.99 per year, well below Netflix’s $13 per month standard plan. Disney said it would pull its movies from Netflix this year.

While Disney+’s lower price-point and target audience of kids and families could leave room for consumers to splurge on more than one service, Netflix’s stock tanked 4.5% the day after Disney revealed its new offering. Some analysts feared Disney could pose a serious threat since it can spend much less to fill its content library with its backlog of time-tested material. But others, like Deutsche Bank analyst Bryan Kraft, say Netflix will still be able to attract talent for original content that will give it a leg up on competitors and its broad offering will continue to attract users.

“The idea that consumers will choose Disney+ over Netflix seems unrealistic, unless a given consumer’s use case for having Netflix has been limited to watching Disney films,” Kraft wrote in a note Tuesday.

Analysts will also learn in Tuesday’s report how Netflix’s recent price hike has impacted revenue. The company announced just before its last earnings report that it would raise the price of its basic plan from $8 to $9, boost the price of its most popular HD standard plan from $11 to $13 and bump its 4K premium plan from $14 to $16. Netflix had previously raised prices three times, which seemed to have little effect on subscriber growth while boosting the stock price. As of Tuesday, Netflix’s stock was up about 35% in 2019.

Investors will also get a look into Netflix’s cash burn to start out the year, which the company said would remain consistent in 2019 compared to last year’s total of negative $3 billion. Netflix has said 2019 will be its peak for cash burn, after which it expects it to fall.

Watch: It’s the moment of truth for Netflix as the final countdown to earnings is on