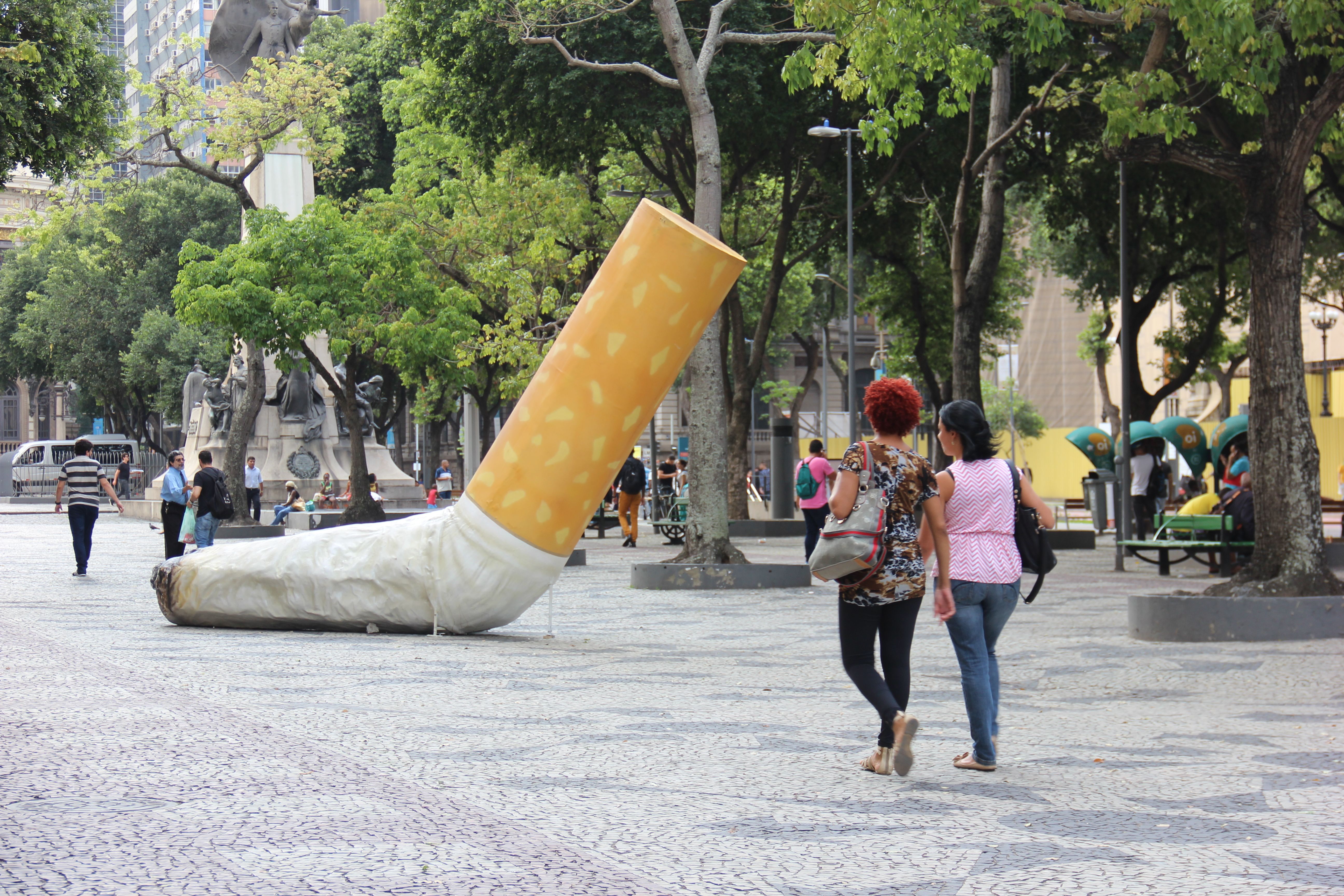 People pass by a giant cigarette butt sculpture in the Cinelandia area, in downtown Rio.

Brazil is following the U.S. and Canada in taking on Big Tobacco, becoming the first country in Latin America to sue cigarette makers over the financial toll of smoking.

Brazil’s attorney general’s office, known as the AGU, last week sued the two largest cigarette manufacturers in the country — Philip Morris International and British American Tobacco — to cover the costs of treating patients with 26 tobacco-related diseases over the past five years. The AGU said it is seeking reimbursement for those costs as well as future costs.

If successful, the move could set precedent in Latin America. Philip Morris, R.J. Reynolds, Brown & Williamson and Lorillard have paid more than $126 billion combined so far to settle similar legal claims by 46 states in the U.S. as part of the Tobacco Master Settlement Agreement in 1998, according to the Public Health Law Center.

The World Health Organization praised the Brazilian government for trying to tackle the tobacco epidemic there, which it deems “one of the biggest public health threats the world has ever faced.” The group’s Framework Convention on Tobacco Control calls for governments to deal with civil liability, including compensation, as a key piece of tobacco control efforts.

The lawsuit “marks a crucial step forward in holding tobacco companies responsible for their decades of deceitful advertising and marketing practices that hid the dangers of smoking from the public and purposely targeted young people,” Campaign for Tobacco-Free Kids President Matthew Myers said in a statement.

Spokesmen for Philip Morris and British American Tobacco both declined to comment on the lawsuit.

Philip Morris spokesman Ryan Sparrow said Brazilian courts in other lawsuits “have consistently found that tobacco manufacturers are not liable for smoking-related damages given that the sale of cigarettes is a legal, heavily regulated activity and that the health risks of smoking have been well known for decades.”

The AGU said it filed the lawsuit at the federal court of Rio Grande do Sul.