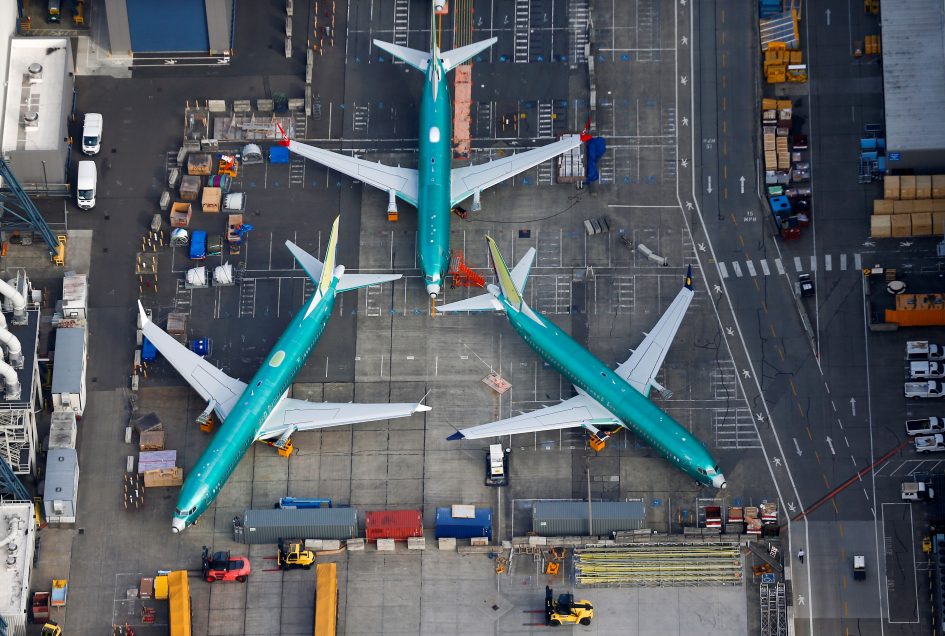 An aerial photo shows Boeing 737 MAX airplanes parked on the tarmac at the Boeing Factory in Renton, Washington, U.S. March 21, 2019.

Boeing shares climbed on Tuesday after the manufacturer of the 737 Max jets said British Airways’ parent company placed the first order for the beleaguered planes since their grounding in mid-March.

Aviation authorities grounded the Boeing 737 Max worldwide after two crashes within five months killed a total of 346 people. Boeing and airlines are awaiting approval from regulators to resume flights with the jets, but officials have said they have no firm timeline so far.

Boeing shares were up more than 3% in midday trading, outpacing the broader market.

IAG will use the jets order, which includes the 737 Max 8 and the larger Max 10 that Boeing is developing, across its airlines, including Vueling and low-cost carrier Level, it said.

“We have every confidence in Boeing and expect that the aircraft will make a successful return to service in the coming months having received approval from the regulators,” said IAG’s CEO Willie Walsh.

Boeing cut 737 Max production by a fifth and suspended deliveries of the planes after they were grounded.