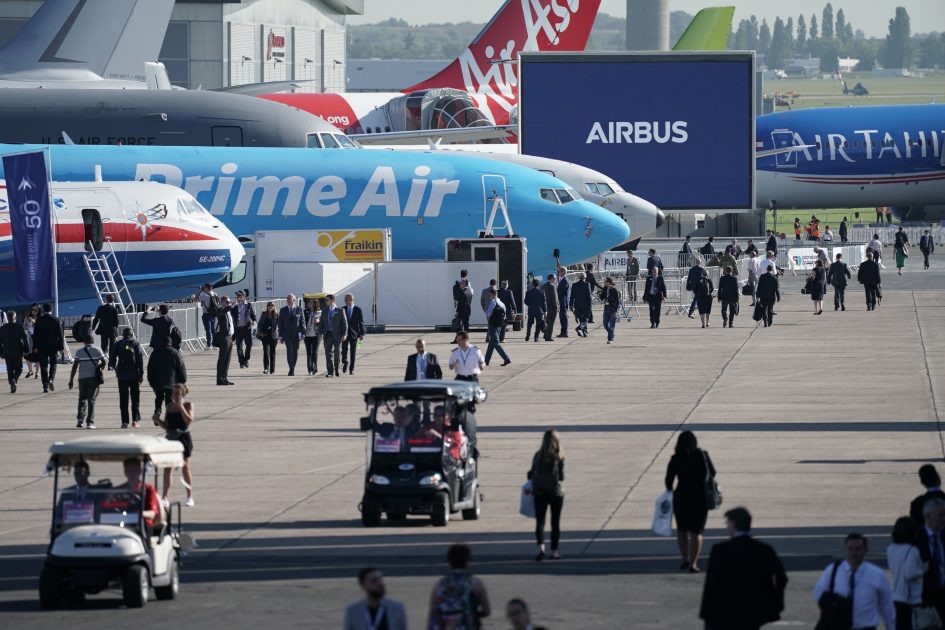 A Prime Air cargo plane, operated by Amazon.com Inc., sits on display with other passenger jets during the 53rd International Paris Air Show at Le Bourget, in Paris, France.

Amazon on Tuesday said it will add more than a dozen air freighters to its fast-growing air cargo arm, the e-commerce giant’s latest push to tighten control over its own logistics network.

General Electric’s aircraft leasing unit will rent 15 converted Boeing 737-800 freighters to Amazon Air, the retailer said. That’s in addition to five other of the narrowbody cargo planes Amazon announced it would add earlier this year. The Seattle-based company said it expects to have 70 planes in its fleet by 2021.

The announcement for the additional planes came less than two weeks after FedEx said it wouldn’t renew its express air shipping agreement with Amazon. FedEx said it would still provide last-mile delivery and international shipping.

Amazon’s deal for additional planes appeared to have been in the works before FedEx’s announcement.

While the online retailer has been building up its cargo hubs, it outsources the task of flying and maintaining the planes to cargo airlines. Atlas Air Worldwide Holdings, one of its air freight contractors for Amazon Air, last month said it had an agreement with Amazon for an additional 15 Boeing 737 planes. Atlas shares were up more than 4% after Amazon announced the deal, outpacing the broader market.

Amazon made its debut at the Paris Air Show this week, showing off one of the converted Boeing 737 freighters, painted light blue and nestled among passenger carriers’ new airliners.

Amazon, which is building up a cargo hub in Cincinnati/Northern Kentucky International Airport for 2021, is planning to open other air cargo centers this year at the Fort Worth Alliance Airport in Texas, Wilmington Air Park in southwestern Ohio and at the Chicago Rockford International Airport.